You are here: Home / Home / Carousel / Our favorite stories of 2021: She wanted to bury her stillborn son. But no clothes fit him.
Share this... 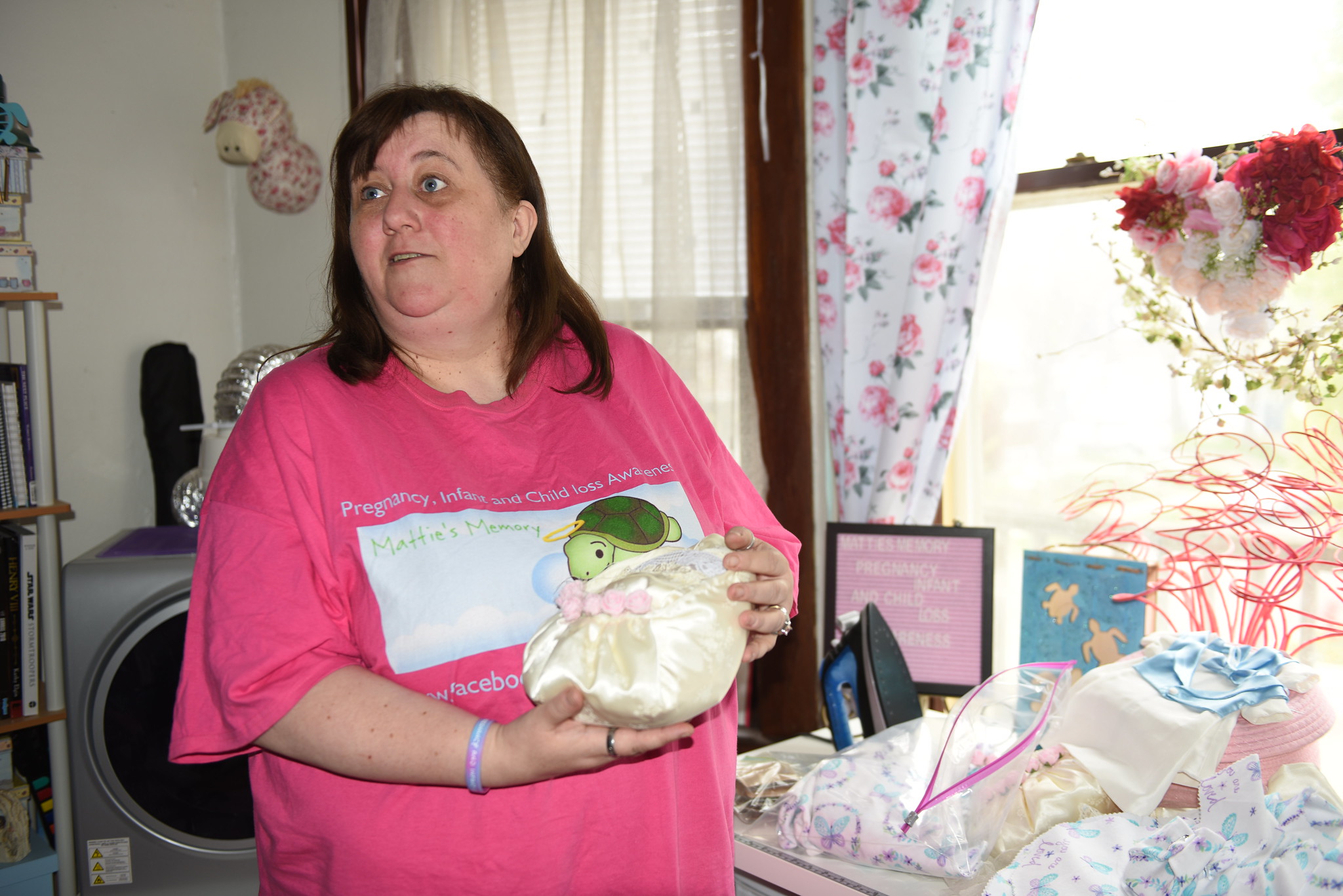 Hazel Jones makes donation bags with burial gowns and caps for families who have lost children. Here, she holds a bassinet she made for donation. (Photo by Sue Vliet)

Milwaukee is a city that has seen more than its fair share of heartbreak.

The city, as wonderful as it may be in many aspects, sees tragedy on its streets, in its homes and in lonesome hospital rooms.

Milwaukee’s infant mortality rate is an example of this. According to the Milwaukee Health Department, 120 babies in the city died before they reached their first birthday in 2017.

The rate, historically, has been higher for Black mothers. In 2019, the Black infant mortality was 12.4 per 1,000 live births, as compared with 3.3 for their white counterparts.

These are some of the heartbreaks you’ll find in Milwaukee.

But what you’ll find a lot more of here are survivors: people who pick up the pieces and turn their grief into love for others. People who build communities with those who have been down the same road and felt the same pain.

I had the honor of telling one of their stories this year. Hazel Jones’ son, Mattie Jones, was delivered stillborn. When she tried to bury him, she couldn’t find any clothes small enough to fit the child she’d carried with her for 20 weeks.

Amid struggles and turmoil, Jones decided that no parent should have to bury their child like that. In 2012, she began making “memory bags” containing burial gowns, basinets and clothes for parents who lost their babies.

Fast forward a few years, and the mission has remained. A constant flow of donated wedding dresses and fabrics has enabled Jones to continue in her work as well as establish a community of bereaved mothers and parents who have lost children at that age.

She does it all in Mattie’s Memory.