You are here: Home / Home / Carousel / Journeys: ‘I work with people on the ground’: How Marcelia Nicholson’s life experiences shape her public service
Share this... 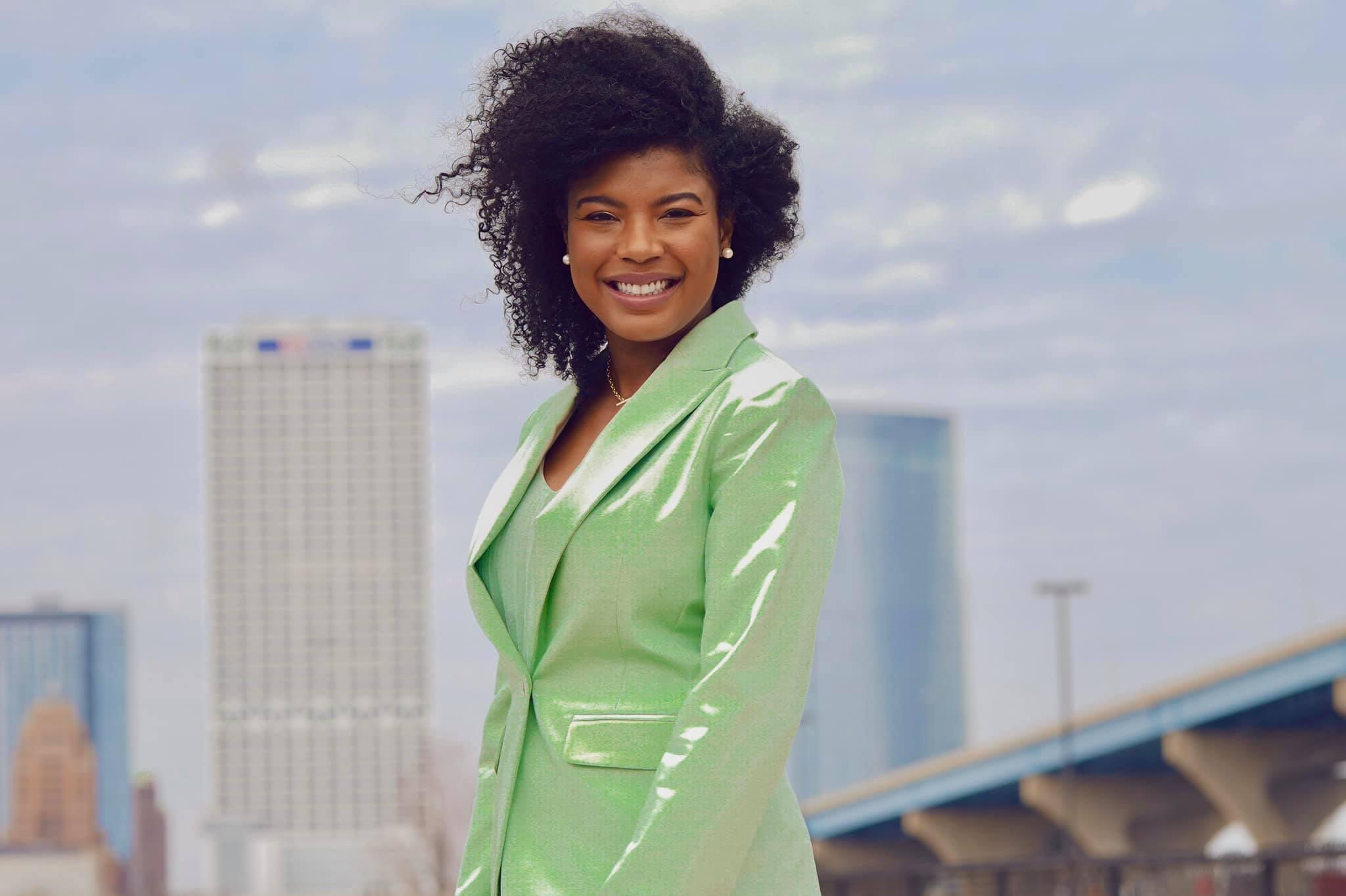 Milwaukee County Board Chairwoman Marcelia Nicholson has served in that role since 2020. “When I look at things and when I introduce policy, I work with people on the ground,” she says. (Photo provided by Marcelia Nicholson)

Editor’s note: This story has been updated to correct the age of Marcelia Nicholson. She is now 33, not 32.

As a girl she wanted to study education and become a teacher. Growing up, her teachers’ love and care uplifted her. And she wanted to provide the same thing to the next generation of students.

But that plan faced challenges.

Nicholson started at the University of Wisconsin-Milwaukee but ended up dropping out because she couldn’t afford both rent and education.

None of that time was wasted. It shaped how Nicholson, 33, now a Milwaukee County supervisor who represents District 5, would do her job. She was first elected to the Milwaukee County Board of Supervisors in 2016, was re-elected in 2018 and in 2020, when she made history by being elected by her colleagues to chair the board. She is the first Afro-Latina to have that role.

Nicholson was raised by her African American father and Puerto Rican mother in the Amani neighborhood. She said this background inspired her.

“My parents were extremely hard-working people,” Nicholson said. “But because of no fault of their own, they couldn’t quite get ahead.”

Her parents nonetheless laid the groundwork for her success.

“We tried to use everything going on around her as an experience,” said Nicholson’s father, Maurice Nicholson. “And we tried to expose her to as much as we could outside of our neighborhood.”

When she dropped out of UW-Milwaukee, she worked odd jobs before finally landing a job as a paraprofessional at Milwaukee Public Schools in 2012. She did that for two years before getting teacher certification and becoming a fourth-grade teacher at Pierce Elementary School (now Riverwest Elementary).

She said her experience there led her to seek public office.

“I was in a classroom with 36 students and no support,” Nicholson said. “I was using my paychecks to buy supplies for my students.”

She said on top of providing resources for students, she noticed that many of her students were experiencing trauma, such as unstable housing, food insecurity and violence outside of the classroom.

“That’s when I got engaged with policy,” she said. “I had questions about why things were going the way they were, and I wanted to advocate for people.”

Nicholson represents several neighborhoods, including the area around Washington Park, portions of the Marquette University campus and the East Side of Milwaukee.

She does her job with people such as her parents in mind.

“When I look at things and when I introduce policy, I work with people on the ground,” Nicholson said.

“I didn’t get into this knowing what I was doing, so now that I am here, I want to do it to the best capacity,” Nicholson said. “I believe that firsthand experience, professional development, the ability to decipher between theory and practice, relevant solution-finding and problem-solving, as well as skills and capacity-building through seeking tools and knowledge are important to being an effective and well-rounded leader.”

Nicholson said that her new role came with its challenges.

“Early in my career, I was very insecure about my lack of policy experience,” she said. “I declined many leadership opportunities under the guise that I wasn’t ready and remained in situations out of comfort or familiarity. I wish I’d been more open to challenging and believing in myself earlier on.”

She added, “To ensure I never felt that way again, I’ve increased my skill set and built mentoring relationships, and I’ve challenged myself to trust in my abilities. That’s given me confidence in my managerial skills, confidence in my public facing role and given me a trusted and respected group of advisers I can consult to support my work in the community.”

Sequanna Taylor, first vice chairwoman of the County Board, said of Nicholson’s leadership: “She really creates a cohesive and open and professional work environment.”

Others said she is a motivated by her community.

Stephanie Morales, Nicholson’s close friend, said, “She is the definition of servant leader.”

“She introduces policy that fights for the people she represents, but she’s also so transparent,” Morales said.