You are here: Home / Home / Carousel / Mayoral candidate Bob Donovan plans a focus on crime if elected
Share this... 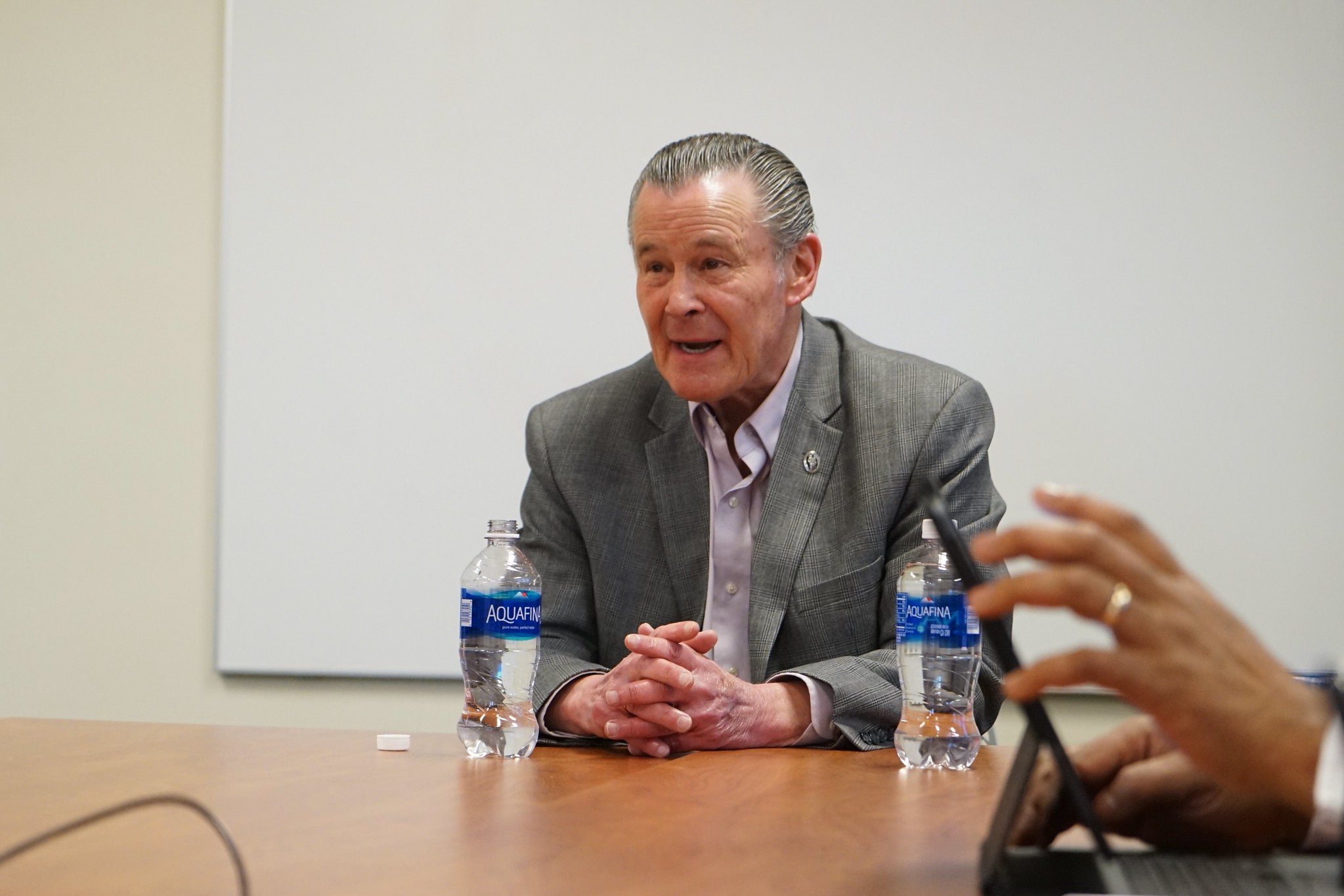 Mayoral candidate Bob Donovan said Thursday that crime – fear of it and perceptions of it – is a major factor contributing to Milwaukee’s lack of jobs and economic development in areas of the community that need both.

During a wide-ranging, hour-long interview with the Milwaukee Neighborhood News Service on topics of interest to the city’s North Side and South Side, Donovan made crime a recurring theme.

“We can’t dance around these issues,” said Donovan, who served 20 years as the alderman for the Eighth District on the South Side. “If you are truly serious about restoring order and stability and safety to our streets, that cannot be done without the appropriate level of manpower in the police department.”

Donovan, 65, linked crime to jobs, particularly on the North Side and South Side.

He used vacancies in the Century City Business Park project, at 3025 W Hopkins St., as an example.

“The reason Century City sits vacant is generally because of the crime in that area,” he said. “That is the sad reality. When you look at any business who (is) considering settling in a community, the first thing they look at is the crime.”

On another crime issue, Donovan said reckless driving is a symptom of “the lawlessness that has taken over Milwaukee.”

And, he said, the death of George Floyd sparked anti-police rhetoric, which has caused low morale in the police department and a deterioration of police staffing.

As the city grapples with unprecedented incidents of violence, Donovan expressed doubts about the effectiveness of the city’s Office of Violence Prevention, which has overseen Milwaukee’s first community-driven comprehensive violence prevention plan, known as the Blueprint for Peace,

“I am not at all convinced that the Office of Violence Prevention … has proven its success. It’s imperative that any agency that we fund can show us as a community what they’ve accomplished, I haven’t seen that information,” he said.

Views on housing, education and health

Pointing to a lack of affordable housing, Donovan said he would create something akin to a housing czar to coordinate the efforts in the many city entities tasked with addressing the problem.

“There are north of 20 agencies that work on housing. All of them do great things,” he said. “But they’re not necessarily working together. The role of that housing director would be to bring them together and coordinate a plan and strategy to address that.”

Donovan said education also is a key issue for him, though the city’s mayor does not control Milwaukee Public Schools. That is left to the district’s school board. Nonetheless, he said as mayor he would weigh in on issues.

“Education is the ticket out of poverty. Whoever will be the mayor should have a hands-on approach with schools,” he said. “I would create an educational advisory board to address issues with our schools.”

He also said he does not favor the breakup of MPS as recent state legislation calls for and is in favor of the community’s choice and charter schools.

Donovan said the city needs to be more active in its approach to the city’s health needs and neighborhood services. He suggested a more active public health nurse initiative and a mobile clinic to serve health needs in under-served areas.

He also discussed the city’s problem with service lines that are lined with lead, called lead laterals.

He said he would call on the city’s congressional delegation for help in this regard as well as those from the state and the private sector.

On other issues, Donovan said, “As far as I’m concerned COVID is over. We need to get used to it.”

He added, “Working from home isn’t getting anything done, city employees need to be back in the office.”

He said this partly in the context of city employees physically returning to work.

Asked what innovative program he would champion that sets him apart from his opponent, Acting Mayor Cavalier Johnson, he said he would set up a scholarship fund for Milwaukee’s students.

Donovan also said government isn’t the answer to all the city’s problems and said city red tape is an impediment to business creation.

The mayoral election is April 5.

In case you missed it: Mayoral candidate Cavalier Johnson plans focus on jobs and economic growth if elected