You are here: Home / Home / Carousel / OPINION: Milwaukee’s next mayor needs to get ambitious and realistic about livable wage jobs and equity
Share this... 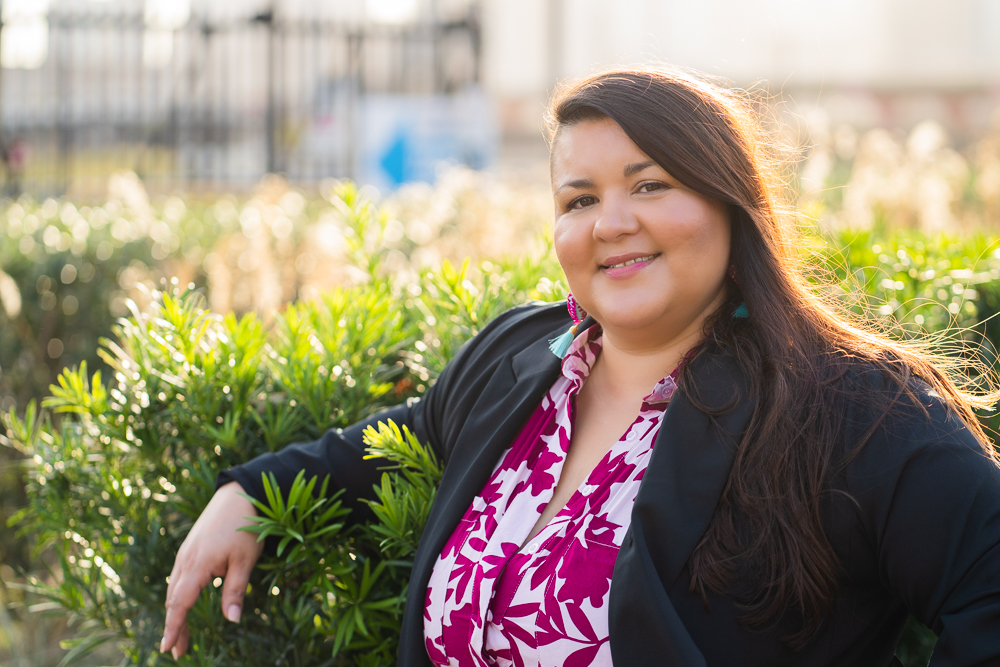 Iris Gonzalez writes: “Previous administrations have not done enough to improve quality of life for those on the margins. Voices of the most oppressed are missing from the conversation.” (Photo provided by Iris Gonzalez)

Editor’s note: This is the third in a series in which readers share what they would do during their first 100 days if they were mayor.

When asked where I’m from, one of the places I lift up as home is Milwaukee.

This city is a place with laid-back energy where folks take care of one another, neighborhoods offer a rich history and where daily life brings a connection to natural treasures like Lake Michigan and Milwaukee’s three glistening rivers.

It’s also a place that is segregated in more ways than one, where systemic failures have created high rates of violence and where young professionals don’t have options for upward mobility. “Smallwaukee” loses a lot of talent because good-paying jobs are scarce, and it is hard to build up enough wealth to pass onto the next generation.

If I were the next mayor, livable wage jobs and equity across all of government would be central to my vision for the city. Previous administrations have not done enough to improve quality of life for those on the margins. Voices of the most oppressed are missing from the conversation.

The values I bring to the mayor’s desk are equity, racial justice inclusion and preserving the environment in the face of climate change. These values would show up in participatory budgeting processes, the creation of a community-facing data dashboard that allows residents to track investments and a consistent rhythm of feedback and accountability.

As mayor, I would open the doors of government starting on day one when I would launch “Community Conversations” or “Charlas Comunitarias.” The Conversations/Charlas would be a series of trilingual (English, Spanish, Hmong) town halls to shape the specifics of my policy platform. I would host the traveling town halls for 90 days and bring impacted community members to the same table as decision-makers. To rectify past harms, I would be most interested in centering voices from those on the margins such as BIPOC (Black, Indigenous, and people of color) neighbors, immigrant communities and low-income residents. I would be intentional about convening folks from across different parts of town: connecting the North Side and South Side. I would invite artists to document the process and the findings. Milwaukeeans would be able to see their community priorities in public art around town so that we reach everyone. Resident leaders would be recruited from the Charlas/Community Conversations to work with city departmental leadership to implementation of the community’s vision.

To achieve equity across all of government requires a set of very intentional and persistent steps. Before we define the best solutions, we have to adequately define the problems we’re solving for. It’s important to establish a baseline of conditions so that as we launch new initiatives, we can test if our strategies are working. I would engage local researchers and academic institutions to train residents and grassroots community groups in community-based research practices to develop a set of equity indicators that can be turned into a dashboard. Other cities like Tulsa and St. Louis have done similar work. This effort would incorporate work that has already begun (like the 2021 Disparity Study) or been completed by the Office of Equity, which would be charged with implementation.

Building off the investments the city has already made in the Government Alliance on Racial Equity training, I would ask every city department to have a small team of outward-facing roles that brings in feedback from the community in real time. These teams will coordinate action steps on an intra- and inter-departmental level across city government. I would create an Equity Dashboard where Milwaukeeans can see our goals, progress made, where we’re falling short and how the city budget supports their vision. I would standardize the translation of all outreach materials into Spanish and Hmong, starting with the city’s own website.

As mayor, my top three priorities would be:

1. Economic recovery that catapults Milwaukee forward with racial justice and equity. I would create an economic environment that supports decent wage jobs that improve quality of life, especially for communities on the margins. I would pursue a suite of strategies that go beyond Milwaukee’s historical manufacturing legacy. We must expand efforts to connect folks to apprenticeships and skilled labor in the trades but also explore other talents Milwaukee can export. This includes green jobs and cutting-edge approaches to resilience. I would attract businesses with the expressed goal of higher-wage jobs and setting a new standard for pay. I would ask employers to pledge to enact workplace policies that increase access to and availability of affordable, quality child care and work with them to address barriers to implementing such policies.

2. Community safety in a holistic way that addresses the root of the problem to reduce crime, which is systemic failure of government on many levels. I would expand investments in affordable housing and protect tenants from evictions during the pandemic. When it comes to safety, a public health approach that is trauma-informed is critical to achieving real outcomes. I would fully implement the Blueprint for Peace plan and increase funding for robust violence prevention measures while decreasing or freezing funding for intervention. I would introduce an ordinance to support paid sick, paternity and maternity leave and work with our partners at the state to reform bail policy and other policies that create a harmful cycle of poverty.

3. Climate justice to make Milwaukee the freshwater capital of the world through continued environmental protection of our rivers and Lake Michigan and expansion of resilience investments. Our city must prepare for the climate crisis and take full advantage of the capital opportunities at the federal level to invest in mass transit, water protection and infrastructure. When climate migrants make their way to Milwaukee, we must work to not displace those already here.

The largest challenge for these ideas is that they are interconnected and interdependent and the political will to implement them must come along with adequate resources. A major barrier to this is the issue of local control. The state hamstrings the mayor and city when it comes to increasing the sales tax and giving Milwaukee its fair share of shared revenue. I would build a bipartisan coalition of support with Madison and the federal government so we get the resources we need to thrive. I would pursue raising the sales tax, reforming the methodology for revenue sharing and explore grants, bonds and other forms of capital to close funding gaps. I would bring the community into these conversations to help my administration prioritize resources.

Finally, excellent education and high-performing schools go hand in hand with economic recovery, but the mayor has limited authority when it comes to improving schools. As mayor, I would instruct several city departments to work closely with MPS to ensure we are preparing our youth adequately. I would request that a new city liaison position be added to the MPS school board and be given voting power. I would designate someone from the Department of Community Development or Office of Equity and Inclusion to serve in that role.

Iris Gonzalez is a proud grad of Riverside University High School, an alum of Marquette University and a lifelong lover of Milwaukee. She is an environmental justice advocate currently based in Texas.