You are here: Home / Home / Carousel / Sure, there’s a special election Tuesday. But what do Milwaukee mayors do?
Share this... 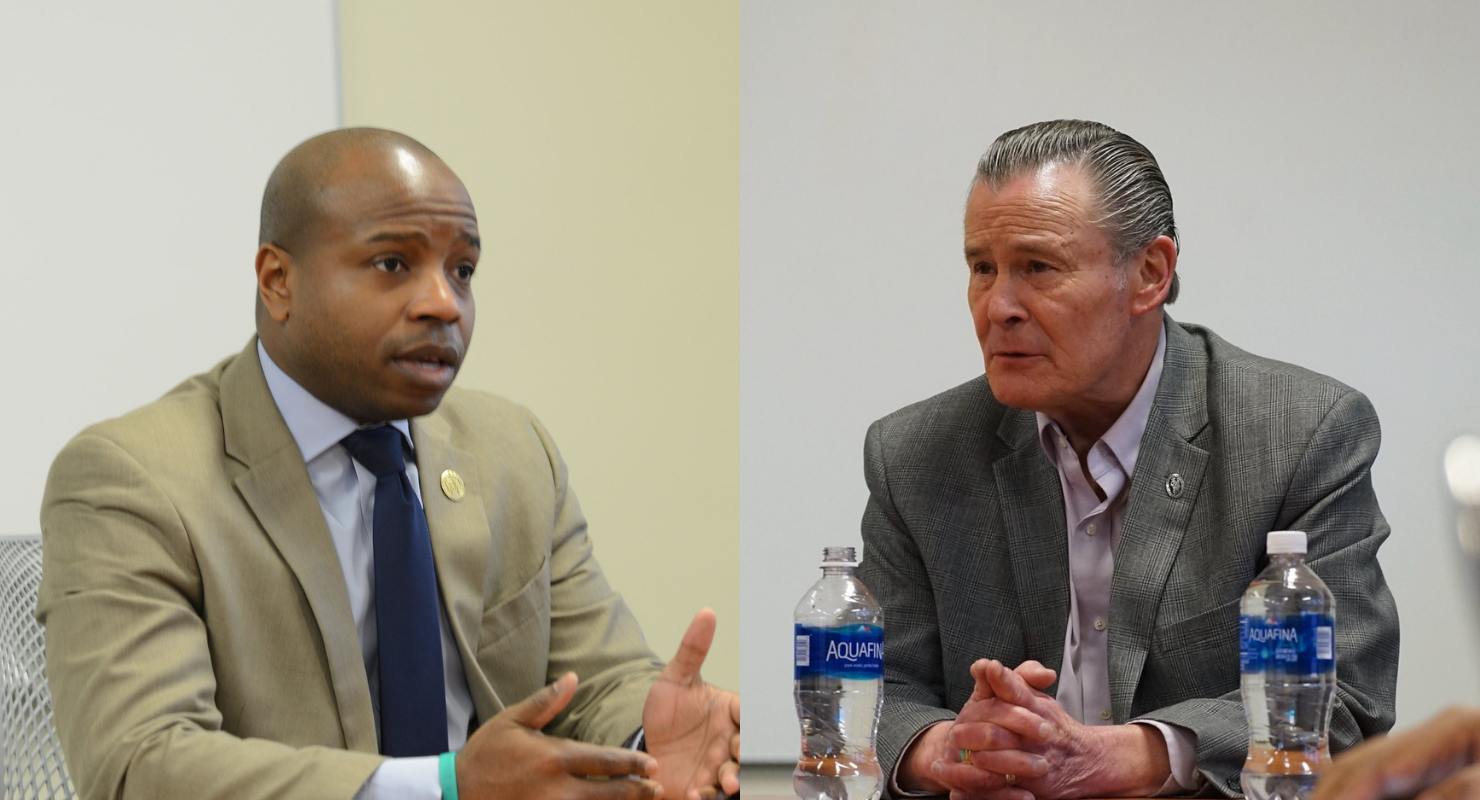 Cavalier Johnson, left, and Bob Donovan are running for mayor in a special election Tuesday. Do you know what the Milwaukee mayor does? If not, we got you. (Photos by Sue Vliet and Adam Carr)

Milwaukeeans will go to the polls Tuesday in a special election to fill the term of former Mayor Tom Barrett, who was tapped to be the U.S. ambassador to Luxembourg.

But what do Milwaukee mayors do?

This means the mayor operates much as a chief executive officer would in the private sector. The elected mayor is essentially the city’s top executive.

This means the mayor leads the administration, including hiring – and, potentially, firing – all department heads except the police chief and fire chief, who are appointed by the city’s Fire and Police Commission. The commission’s members are appointed by the mayor, with Common Council confirmation.

There are 20 city departments the mayor leads. Among them is the Department of Public Works, which is responsible for solid waste collection and disposal among many other duties; and the Milwaukee Health Department, essentially the public health arm of city government.

And each department has a litany of duties that include doing everything from fixing potholes to administering neighborhood services that help residents repair and stay in their homes.

In addition, there are other city “departments” whose heads, like the mayor, also are elected. These include the city attorney, city comptroller and the city treasurer.

Among the mayor’s most important tasks is to craft an annual budget for Common Council review. This process dictates how much is spent on the services you hold near and dear, from police assistance to checking out a book from the library.

A full term for the Milwaukee mayor is four years. Barrett was re-elected to a fifth term in 2020. Milwaukee is electing another mayor two years later because Barrett left with time remaining in his term.

Milwaukee’s next mayor will finish that term, with another election slated for 2024. This year’s contest is the first open race for mayor in Milwaukee since 2004.

So, think of the mayor – with an annual salary of $147,335.76 – as the elected CEO of your city. This person is subject to checks and balances – including yours at the ballot box – but wields considerable executive power that affects the lives of Milwaukee residents.