You are here: Home / Neighborhoods / North / Amani / An indoor garden of opportunities flourishes in the Amani neighborhood
Share this... 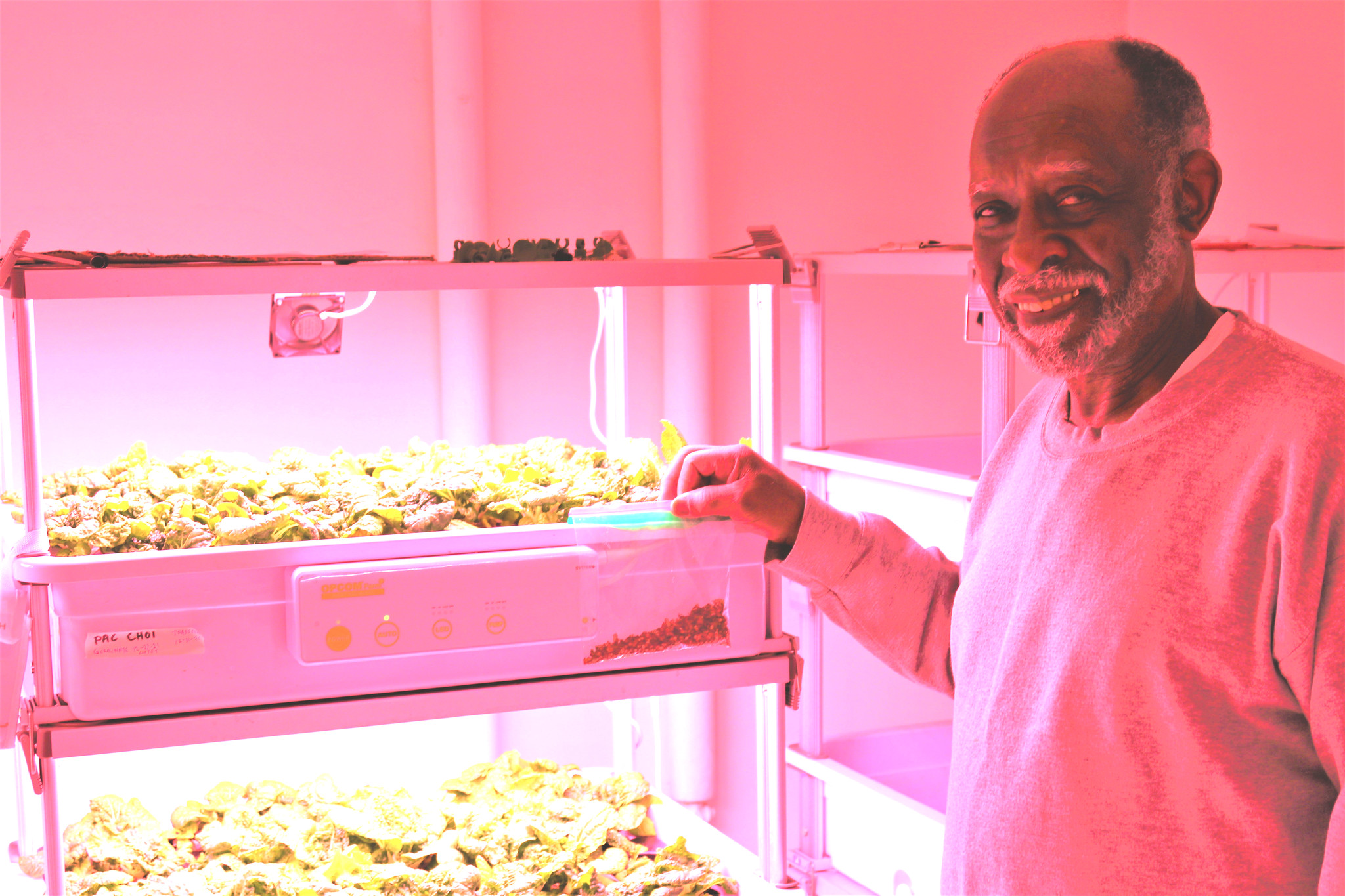 In 2018, Shelley Mathews posted a picture on Facebook of her new grow box, which would allow her to cultivate plants indoors.

She then got a call from Wesley “Wes” Landry, a family friend, who wanted Mathews to visit the Dominican Center to look into setting up an indoor farm there.

“He gets ready to give me the address and says: ‘It’s your old elementary school.’ And I was like: ‘What?!” Mathews said.

Mathews grew up about five blocks from the current site of the Dominican Center, located at 2470 W. Locust Ave., and attended elementary school there at St. Leo’s in the 1960s. Since then, she has founded FullCircle26, an agricultural technology firm that sells hydroponic systems and educational materials to grow food indoors.

The Dominican Center had attempted to start an outdoor garden, but there was too much lead in the soil to do so. The center, which partners with Amani neighborhood residents on quality-of-life issues, needed to find a way to start the garden indoors. Mathews’ company seemed to have what it needed.

Now there’s a hydroponics laboratory in the Dominican Center’s basement, supplied by Mathews’ company and maintained by Landry.

“My life is totally full circle in everything that I do, including the name of my company,” Mathews said. “When I sit here and think about what we were able to do and what we’ve done, it’s very emotional for me.”

Hydroponics is a method of growing food indoors that uses nutrient-dense water to grow plants without needing soil. Instead, seeds sprout from sponges that soak up water and typically grow faster than they would outdoors in soil and sunlight.

The Dominican Center’s hydroponics lab was furnished by FullCircle26, which also provided upkeep training as well as an educational curriculum for students. The lab includes multiple units that together are capable of producing tens of thousands of produce with minimal water and electricity costs. 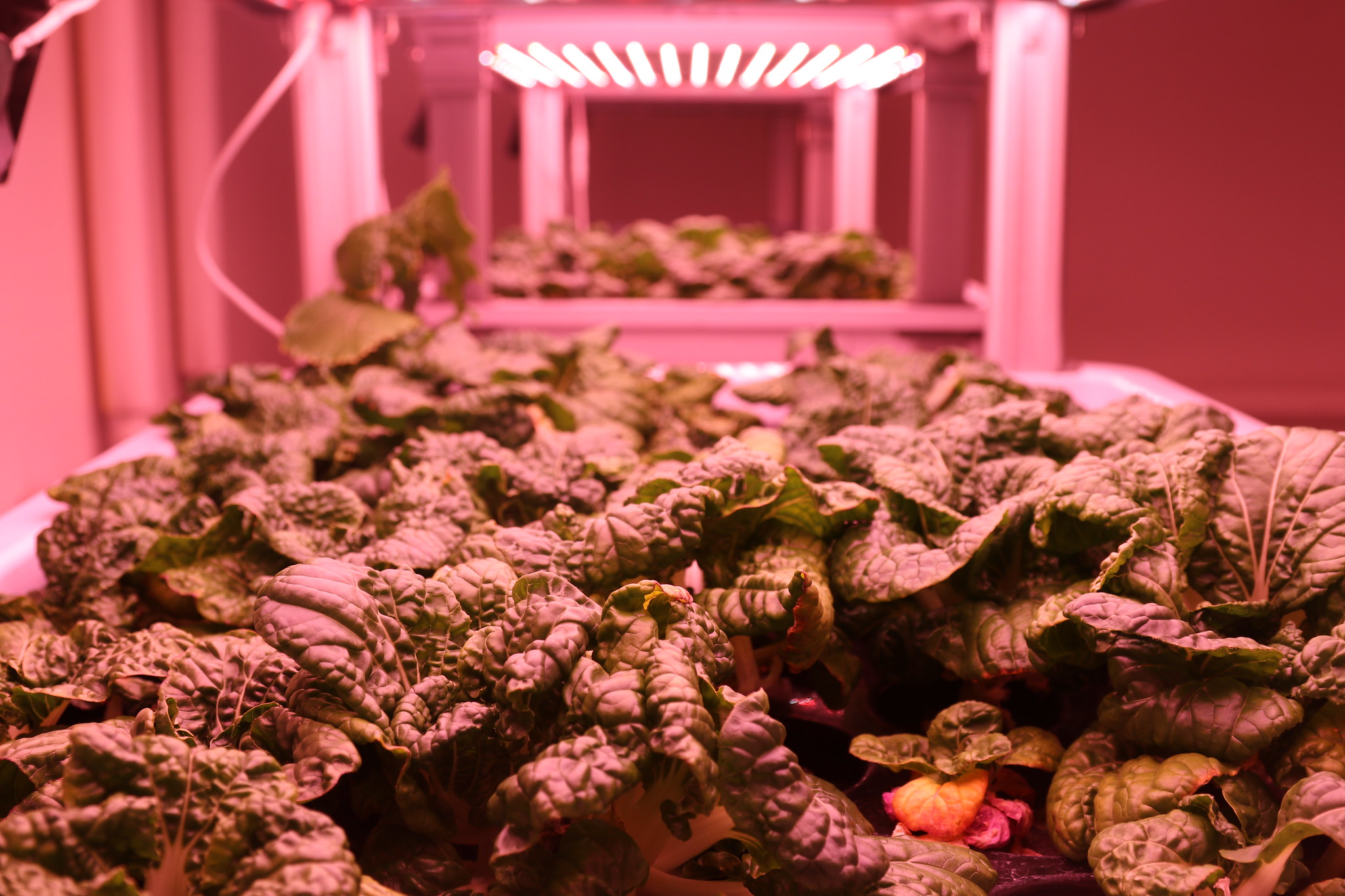 For Maricha Harris, the Dominican Center’s executive director, hydroponics is an opportunity to support the surrounding Amani neighborhood in multiple ways.

The most direct way is through making it easier to access fresh produce. While there are several corner stores in the area, the closest grocery store with fresh produce is about 1.5 miles away. According to the U.S. Department of Agriculture, an urban neighborhood is a food desert if residents have to travel more than 1 mile for fresh food.

The hydroponics lab also offers opportunities for Amani residents, including students, to get experience that can qualify them for agricultural jobs and entrepreneurship. The Dominican Center and FullCircle26 are partnering with schools to bring hydroponics equipment and training to Amani youths. These partnerships began before the COVID-19 pandemic and have restarted now that schools are no longer virtual.

“It’s an opportunity to build a self-serving community,” Harris said. “I want us to be the Wakanda of” agricultural technology.

Wakanda is the fictional African country that is home to the superhero, the Black Panther.

‘This is a way to help yourself’

Landry is in charge of managing the equipment and its produce from seed to harvest. Before taking on this role, he said he only had a little experience working in his mother’s garden.

“I knew how to put a seed in the ground . . . and I had a few plants for flowers to make my house look pretty,” Landry said about his gardening experience. Now nearly four years into the project, he’s a full-fledged agricultural scientist stewarding a system that Harris said has the capability of growing 40,000 leafy greens per year.

Landry sees each seed, flower or crop given away as an opportunity to kick-start a life of energy and purpose.

“I want to encourage people to take their idle time that they have and use it for something beneficial,” Landry said. “This is a way to help yourself. It’s only going to take you half an hour in the morning every day.”

He added: “Just take one tomato plant and grow it. Then from that one you have 20 to 30 seeds to plant to eat, sell or whatever you want to do with it.”

How to support the project

Harris said that the Dominican Center is looking for support to fully realize the potential of the hydroponics lab, both through donations and sweat equity.

Donors can give to the center’s general fund by going here, or they can donate specifically to hydroponics lab here.

Volunteers also are needed to help Landry watch over the equipment as the laboratory grows. Volunteers can email info@dominican-center.org and mention they are interested in hydroponics.