You are here: Home / Home / Carousel / ‘An opportunity to give back’: Willie Hines Jr. plunges into new role as leader of Housing Authority
Share this... 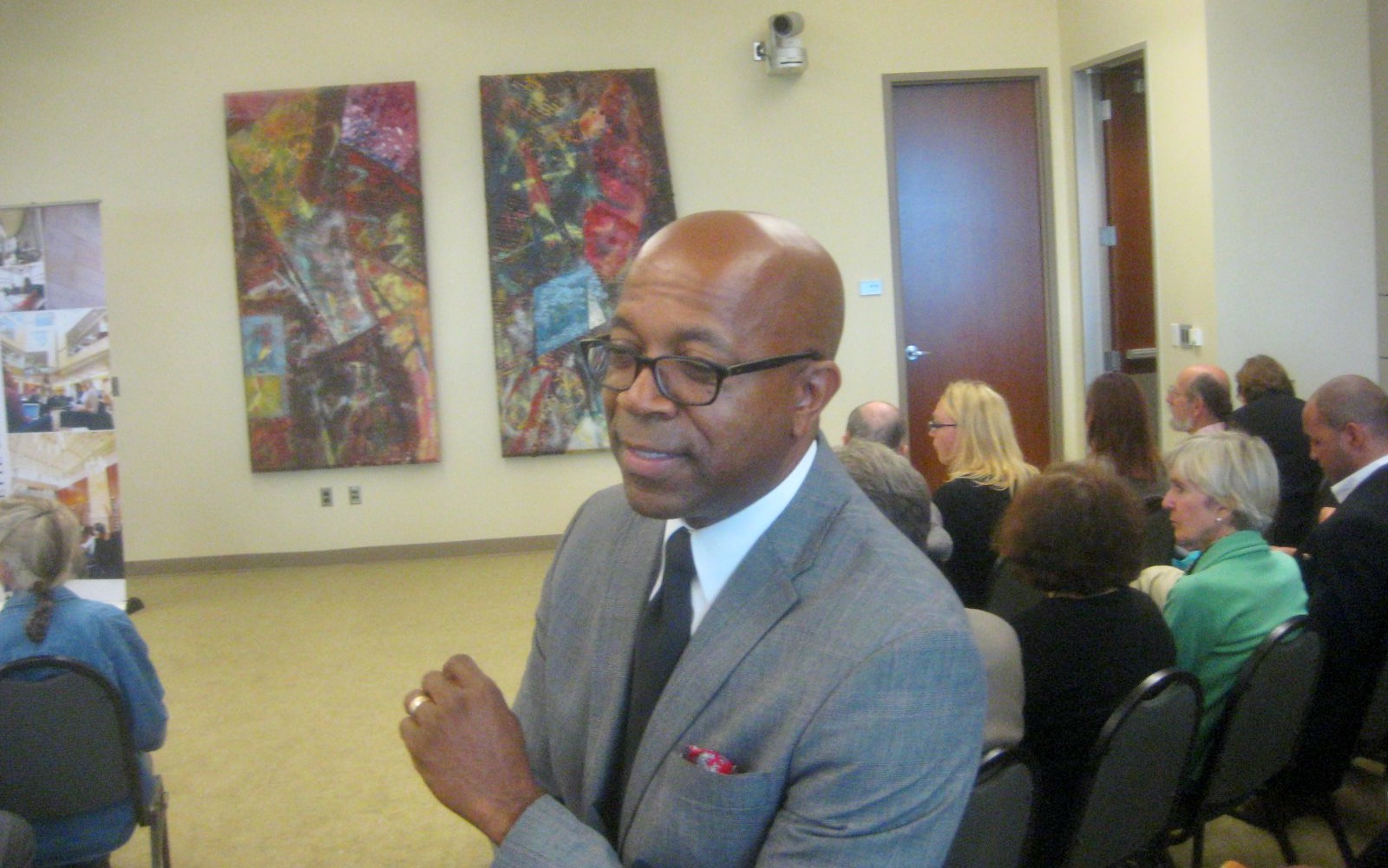 “This is an opportunity to give back to the community that gave to me,’ Willie Hines Jr., shown in 2015, says of his new role at the Housing Authority of the City of Milwaukee. (Photo courtesy of Michael Horne/Urban Milwaukee)

Now he’s the first African American person to lead the Housing Authority of the City of Milwaukee, or HACM, in its 78-year history.

“I thrived from growing up in public housing,” Hines said. “This is an opportunity to give back to the community that gave to me.”

The HACM is the largest affordable housing provider in Wisconsin. It provides housing options and supportive services to over 10,000 low-income families, seniors, adults with disabilities and veterans.

Hines, 57, said he hopes to continue the good work of his predecessor, Antonio Pérez, who led the agency since 2000 and resigned in February.

“Tony knew how to draw on the talents and gifts of his staff to grow and develop our programs,” he said. “He is someone we will continue to learn from as long as he is accessible to us.”

Others on the HACM staff share Hines’ admiration for Pérez.

“He was big on keeping the faith, which could be stressful. But he was an easy leader to follow,” said Fernando Aniban, the chief financial officer.

Hines said although the brick-and-mortar work that the HACM does is important, he wants to grow and strengthen self-sufficiency programs that empower residents.

As the secretary-executive director of the HACM, Hines said he is proud to serve as the leader of an agency whose mission is to provide housing resources to low-income residents.

“Stable housing is the core of the Housing Authority,” said Kenneth Barbeau, the director of community programs and services. “Helping people move forward is the other part of what we do.”

‘The foundation of who I am’

Hines said the issue of affordable housing is one that’s near and dear to his heart.

“I came home from the hospital to Hillside,” he said. “And even once my parents secured better jobs and bought a home, many of my family and friends still live in public housing. It is the foundation of who I am.”

About 90% of the people HACM serves are people of color who have an average annual income of less than $15,000.

Before his current role, Hines served as the agency’s associate director and was the acting secretary-executive director since May. He also was president of the Milwaukee Common Council from 2004 to 2014.

Hines has been in his new role since the beginning of March.

“His remarkable talents, collaborative and engaging management style and extensive experience make him an ideal choice to lead HACM in advancing its mission,” Mark Wagner, HACM’s chairman of the Board of Commissioners, said in a news release.