You are here: Home / Home / Carousel / Study finds nearness to trees, grass and other plants can lower risk of strokes
Share this... 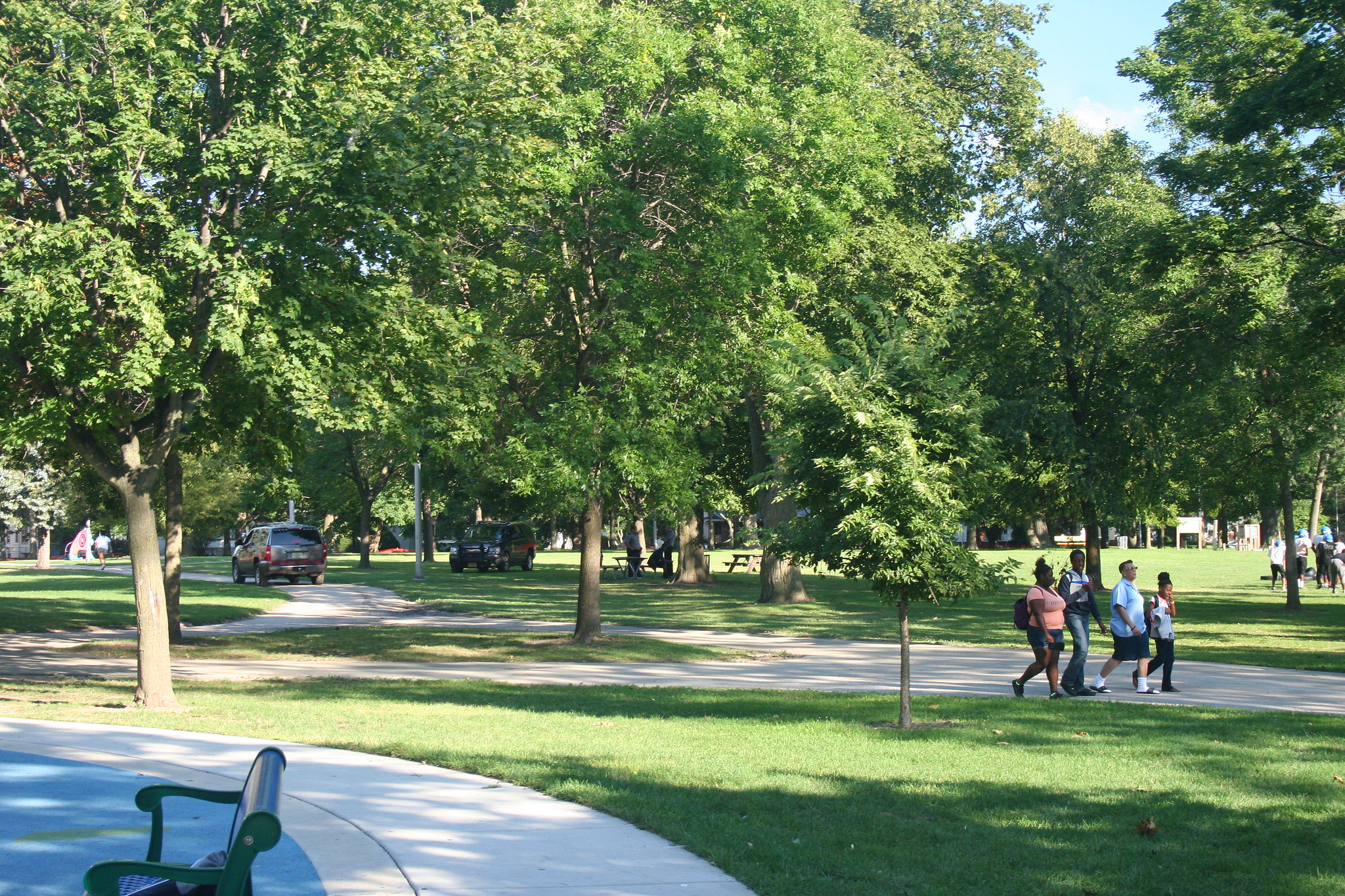 A new study examines the link between access to green space and stroke risk in Milwaukee County residents. This photo was taken in Sherman Park in 2016. (NNS file photo)

A study released Tuesday from researchers with Advocate Aurora Health links a person’s nearness to green space, or areas covered with trees, grass and other plants, to a decreased risk of stroke.

The study found that people living near green space in Milwaukee County were 19% less likely to have a stroke than those with less green space nearby. Dr. Richard Rovin, a neurosurgeon at Aurora St. Luke’s hospital and one of the lead researchers, said the decrease might be tied to protection from air pollutants, solar radiation and heat provided by natural green spaces.

The study uses a measurement called the Normalized Difference Vegetation Index, or NDVI, to see how much green space is within 250 meters, or roughly 820 feet, of the places where patients in the study live. Using satellite images, the researchers generated maps that showed the difference in green space coverage.

The first image (from left) shows a satellite image of Milwaukee County. The second one illustrates the differences in Milwaukee green space, with areas in orange and yellow showing fewer green spaces. The third image shows the location of the study’s participants. (Photo provided by the Journal of Patient-Centered Research and Reviews)

The study followed roughly 1,200 stroke patients and 4,700 non-stroke patients for comparison. The two sample populations had equal percentages of history of smoking, hypertension and diabetes. All of them were Milwaukee County residents.

Rovin said segregation in Milwaukee has drawn hard lines for nearby green space among the city’s residents.

“It’s very stark,” Rovin said. “The areas with the highest level of green space versus the lowest, it turns out, pretty much follow racial lines as you’d expect. So brown and Black people live in neighborhoods of lowest green space compared to the white population in Milwaukee.”

Stroke risk was also tied to other disparities through a measurement called the Area Deprivation Index, which measures disadvantages such as lack of access to health care, fresh food and disinvestment in a neighborhood.

The study, which also lists researchers from Marquette University, Smith College and Neeka Health as contributors, found a higher Area Deprivation Index in neighborhoods that were not near a public park. The less greens pace there was in an area, the higher the deprivation tended to be generally.

“The good thing is these are manmade issues, so they have manmade solutions,” Rovin said. “And they’re not really difficult solutions. It’s just a matter of investment and community buy-in to change it. We know how to renovate neighborhoods … these things are within our grasp.”

“I’ve got two trees in the backyard,” Daniels said. “But there’s not really trees on the street out front.”

Daniels said she’d like to have more green space in her neighborhood and wants to see the city invest more in it, as well as general infrastructure problems in the city.

Alex James, who lives in the 53208 ZIP code, said he has parks in walking distance from his residence and that Milwaukee’s size makes it easier to find others. The 53208 ZIP code is home to Washington Park and Hawthorn Glen, a nature preserve on the city’s West Side.

He said his neighborhood has a lot of trees nearby as well. Access to the parks allows kids in the area to play sports, even if they have to go elsewhere to do so.

Since stroke risk is tied to multiple issues, Rovin said that addressing green space is just one piece of the puzzle.

“Going out and planting a tree or shrub probably isn’t going to do it,” Rovin said. “I think the take-home message is if you’re in a neighborhood at risk and you have individual risk factors that make stroke or illnesses more likely, you need to be especially vigilant and working with your family physician”