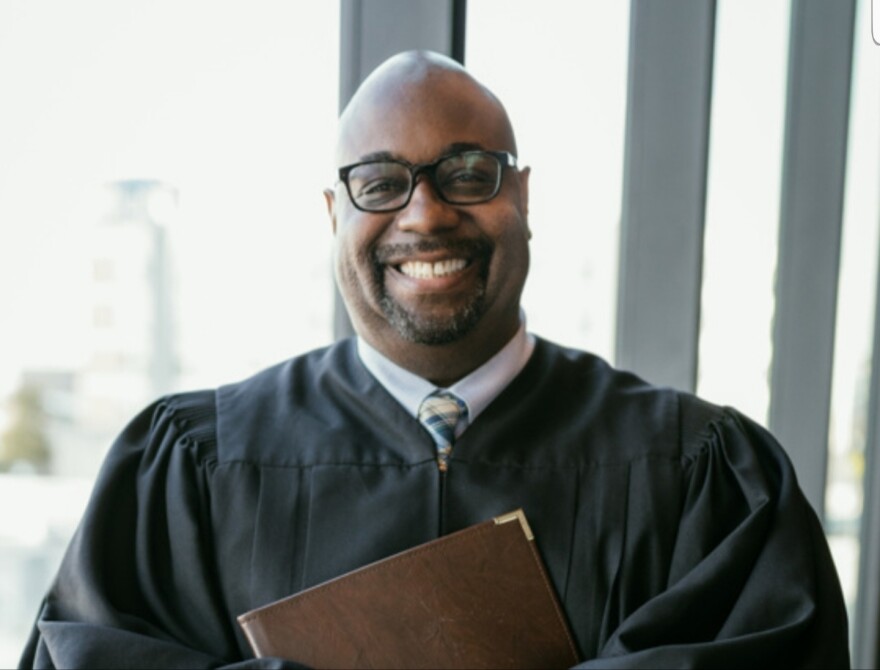 MILWAUKEE, Wisconsin – Racial and criminal justice reformer Judge Derek Mosley has been selected to receive the 2022 Robert H. Friebert Social Justice Award. The award was established in 2014 by the Jewish Community Relations Council of the Milwaukee Jewish Federation and the family of Robert H. Friebert.

“The selection committee was very moved by the ways in which Judge Mosley works within the criminal justice system to center the needs of the community members he serves, and his innovation in creating law enforcement programs that focus on affirming the dignity, safety and human potential of all who are impacted by this system,” said JCRC Chair Brian Schupper. “Judge Mosley serves as an exemplary model for public servant leadership with his extensive community engagement to help people better understand unconscious bias, and to offer tools to make our neighborhoods, schools and workplaces more inclusive.”

To recognize his work and the legacy of Robert H. Friebert, the JCRC will honor Mosley at its annual meeting on Thursday, June 16, 11:45 a.m. – 1:30 p.m. at The Box MKE. RSVPs are being accepted through June 10 at MilwaukeeJewish.org/JCRCevents. Past award recipients include Anita Johnson, James H. Hall, Danae Davis, Reggie Jackson, Fran Kaplan, Arno Michaelis and Pardeep Singh Kaleka.

The award draws from Deuteronomy 16:18: “Tzedek Tzedek Tirdof—Justice, justice you shall pursue.” It was created in memory of prominent Milwaukee attorney and activist, Robert H. Friebert. He was driven to pursue social justice through the law and public service, and he believed deeply that everyone deserves equal social, economic and political rights.

About the Jewish Community Relations Council

Founded in 1938, the Jewish Community Relations Council, the public affairs arm of the Milwaukee Jewish Federation, advocates for the rights and values of Jews individually and collectively, here and abroad. The Council implements a coordinated program of education, action, and advocacy for the Jewish community. For more than 100 years, the Milwaukee Jewish Federation has been dedicated to building a strong community. It distributed $20 million last year to Jewish and non-Jewish organizations locally and around the world, and manages philanthropy through an over $200 million foundation.