You are here: Home / Posts from Community / Post From Community: Shining a light on antisemitism this Hanukkah season
Share this... 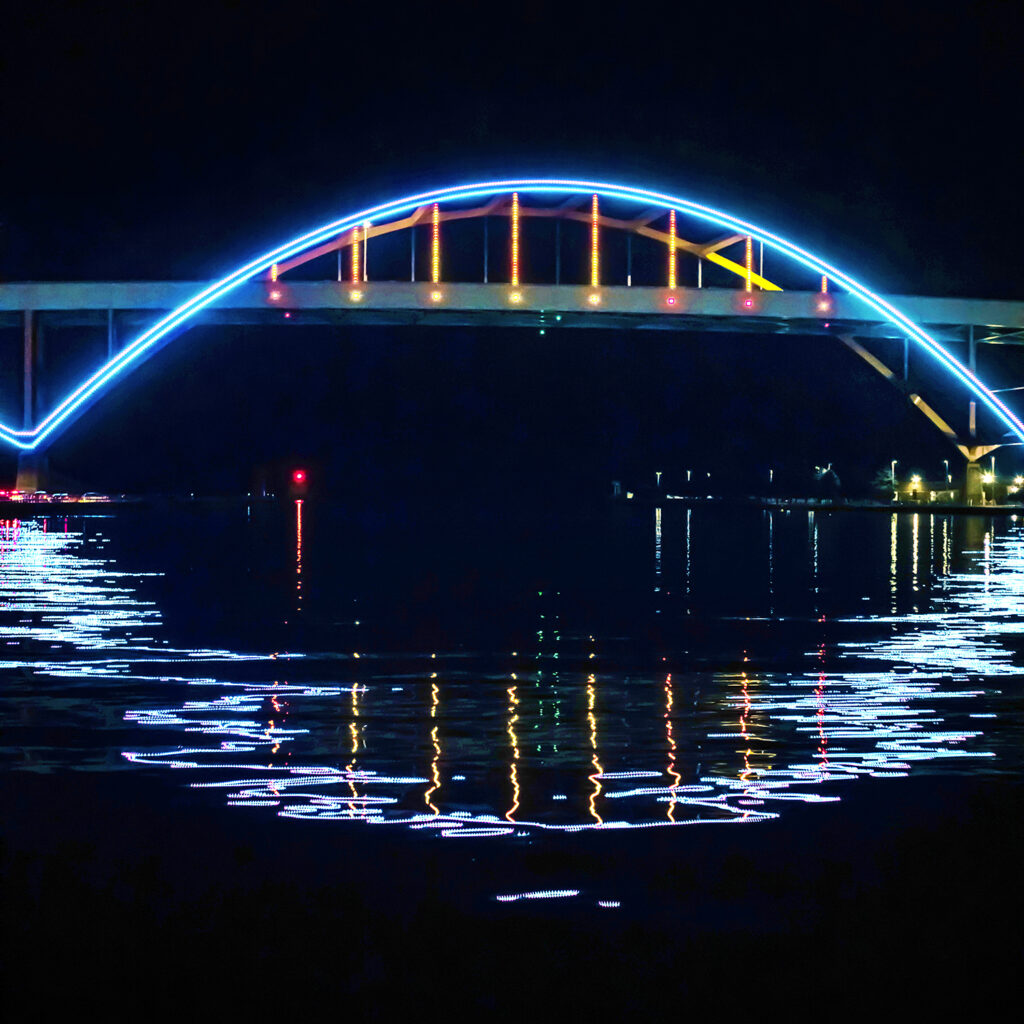 In response to the sharp rise in antisemitism in the U.S., the Milwaukee Jewish Federation has joined forces with the national Shine a Light initiative to raise awareness about modern antisemitism.

The Federation will shine a light on antisemitism during Hanukkah, the Festival of Lights, with Hanukkah on the Hoan. Each night of the holiday, the Federation will share video messages of support from local civic and faith leaders and will light the Daniel W. Hoan Memorial Bridge to represent the eight candles of the Hanukkah menorah.

Antisemitism neither began nor ended with the Holocaust. Today, its legacy of hatred and prejudice against Jewish people is still a reality across the nation, and it undermines both individuals’ physical safety and expression of their culture and religion.

Antisemitic incidents in the U.S. increased 34% over the previous year, reaching the highest number on record since the ADL began tracking this in 1979. One in four American Jews report that they experienced hatred in the last year. In 2020, 57.5% of all religiously-motivated hate crimes were against Jews, who make up just 2% of the U.S. population.

The preliminary list of local civic and faith leaders who will share daily messages of support over the eight days of Hanukkah include: Corey Joe Biddle, Vice President of Community Affairs at MMAC; County Executive David Crowley; philanthropist and entrepreneur Moshe Katz; Erik Kennedy, co-founder of ElevAsian; Joan Lubar, board chair of the Milwaukee Jewish Federation; Congresswoman Gwen Moore; Darryl Morin, president and chairman of Forward Latino; Ahmed J. Quereshi, interim executive director of the Interfaith Conference of Greater Milwaukee and former president of the Islamic Society of Milwaukee; Reverend David Simmons of the Episcopal Diocese of Milwaukee and St. Matthias Episcopal Church; Ramona Tenorio, board member of the Jewish Community Relations Council; and Bruce Varick, Associate Superintendent of the Archdiocese of Milwaukee.

“Antisemitism is sometimes called the canary in the coal mine because increases in antisemitism often are a sign that other forms of hate are on the rise,” said Milwaukee Jewish Federation President and CEO Miryam Rosenzweig. “By lighting Milwaukee’s most iconic bridge, we are shining a light on antisemitism and inviting our city to stand up against all forms of hatred.”

About Shine a Light

Shine a Light is a comprehensive initiative to spotlight the dangers of antisemitism through education, community partnerships, workplace engagement and community advocacy. Fueled by an unprecedented coalition of over 90 North American Jewish and non-Jewish organizations from across the United States and Canada, Shine a Light draws inspiration from Hanukkah, the Festival of Lights, to encourage Jews and allies to speak up and send a message that antisemitism, in all its modern forms, won’t be tolerated in our communities.

About the Milwaukee Jewish Federation

For more than 100 years, the Milwaukee Jewish Federation has been dedicated to building a strong Jewish community. We distributed $19 million last year to Jewish and non-Jewish organizations locally and around the world, and manage philanthropy through our over $200 million Jewish Community Foundation. Visit MilwaukeeJewish.org.