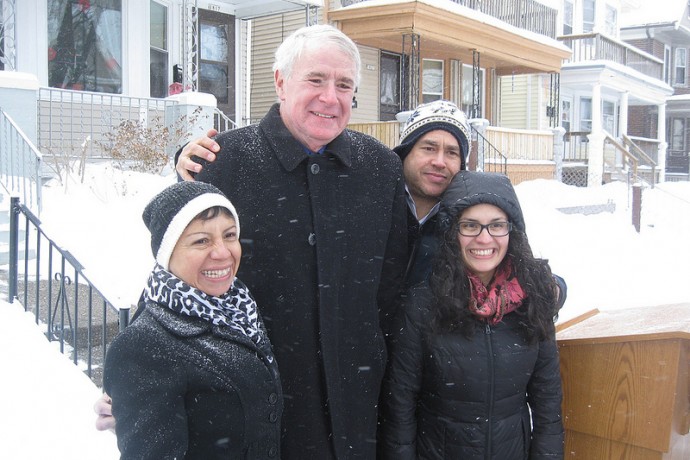 Marisela Martin wants her in-laws to eventually move into her modest Pulaski Park home. But before that can happen, she needs to install insulation and create a livable space in her attic.

“It’s too cold up here right now; it’s freezing,” said Martin, who has lived in the neighborhood for 10 years, as she stood among boxes, clothes and household items in the drafty, dark attic.

Like many homeowners, however, Martin, 43, does not have the money to make the necessary upgrades to her three-bedroom duplex in the 1800 block of West Arthur Avenue on the city’s South Side.

That’s where the City of Milwaukee enters the picture. The city recently announced it is adding the Pulaski Park, St. Joseph’s and Martin Drive neighborhoods to its Targeted Investment Neighborhood program, intended to increase property values and owner occupancy while improving the physical appearance and quality of life in the designated areas. The last neighborhood to become a TIN, Borchert Field, was selected in April 2012. 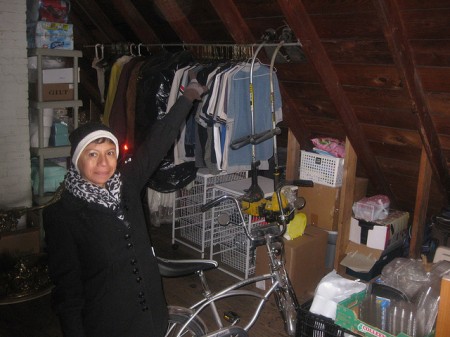 Marisela Martin points to the ceiling where she plans to install insulation with the help of a loan from Milwaukee’s Target Investment Neighborhood program. (Photo by Brendan O’Brien)

The program makes loans up to $30,000 available to homeowners who want to make exterior improvements or energy efficiency upgrades to their houses. Homeowners who stay in their homes for five years will have half of the loan forgiven.

“What bank is going to do that for you?” Martin said on the stairs leading to the attic, adding that she looks forward to applying for the program.

The program also makes available forgivable loans for landlords for rehabilitation projects on rental properties. The city will match funds from the landlord up to $15,000 per rental unit.

To qualify for a loan through the program, property owners must complete an application process that includes a credit check. They also must meet maximum income limits, which depend on the number of members in their family. For example, a household of four must make less than $56,150 a year to be eligible.

In addition to home-improvement loans, matching grants are available to TIN neighborhoods to pay for community development projects such as community gardens, signage, lighting and art projects.

“The TIN program has worked all across the city – promoting investment by homeowners and boosting the collective power of residents and their neighborhood,” Milwaukee Mayor Tom Barrett said. “This is an effort in which the city becomes a partner, adding to the inherent strength of the targeted neighborhoods.”

The Martin Drive Neighborhood Association and the Sherman Park Community Association (in the St. Joseph’s area) will work with the city. The Sixteenth Street Health Clinic will help facilitate the program in the Pulaski Park neighborhood.

“We know that health starts in the home,” said Iris Gonzalez of the Sixteenth Street clinic. The TIN program will help families “make important improvements to the aging housing stock in this neighborhood that impacts their health and well being,” Gonzalez added. “We’re really excited for the opportunity to connect residents with these valuable resources and are eager to get to work.”

More than 600 homeowners have taken advantage of the program since it began in 2004. During the last decade, the city has invested more than $10 million through the TIN program.

In 2014, more than $800,000 will be available to fund home rehabilitation projects in TIN neighborhoods. Funding for the program comes from the federal HOME program and from money taken in from TIN loan repayments.

In addition to Borchert Field and the three new TIN neighborhoods, Burnham-Layton, Century City, Merrill Park, Mitchell-Kosciuszko and the Woodlands neighborhoods participate in the program. TINs are generally six to 12 city blocks, and last for three years.