You are here: Home / Home / Carousel / City nonprofit organizations shy away from residency debate
Share this... 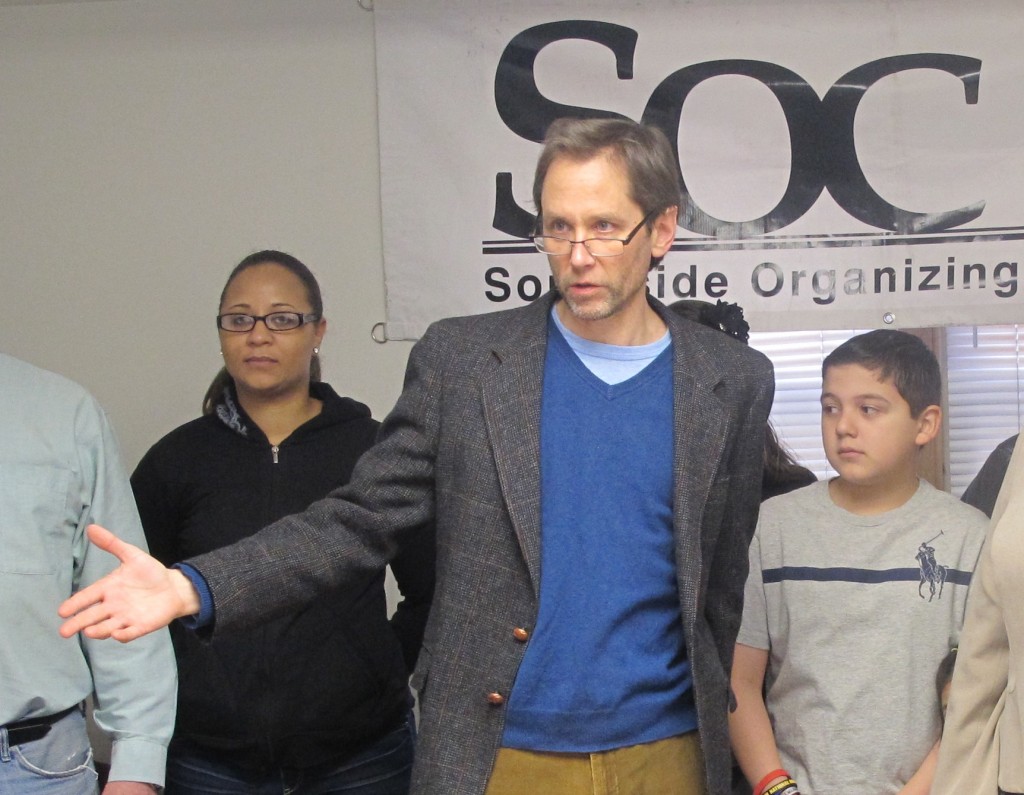 Despite the impact that an end to the residency requirement for city of Milwaukee employees could have, few community organizations have taken a position on the issue.

NNS contacted 12 organizations, all headquartered in the central city. Only one, the Southside Organizing Committee (SOC), had taken a stance against eliminating the residency requirement. Three groups did not return a reporter’s calls requesting comment.

“I’m uncomfortable discussing it. It hasn’t been taken up by our board yet,” said Scott McGroaty, executive director of Enderis Park Neighborhood Association.

The state budget should be finalized and a decision on the proposal to end statewide residency requirements for municipal employees should come by early summer, according to reports.

“Money is leaving the city and property values will go down, so people who stay here are going to have to pay more.”

But the main impact on the central city would be an erosion of public services, according to Fendt.

“There’s going to be worse service because people are going to be more out of touch than they already are,” said Fendt, referring to the possible migration of city employees even farther from the neighborhoods they work in.

Some organization leaders were willing to take a personal position.

Tom Schneider, executive director of COA Youth and Family Centers, said, “Though our organization doesn’t have a particular political position I can tell you that I personally feel very strongly that eliminating the residency would be very harmful to the city of Milwaukee and all its residents,” he said.

Schneider, who was a county employee for years, said he found it perfectly reasonable to be required to live in the city he was serving. 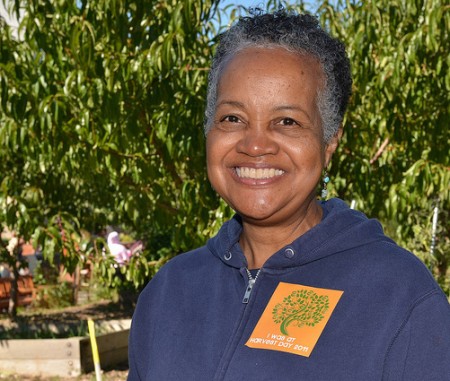 Sharon Adams, director of programs at Walnut Way Conservation Corp., says that though her organization doesn’t have an official stance, she believes that city employees should find pleasure in living in the communities they serve. (Photo by Jen Janviere)

Adams and Ricardo Diaz, executive director of the United Community Center, also said they personally disagreed with the proposed legislation.

People in public service should find pride and pleasure in living in the community they serve, Adams commented. Diaz said he thinks ending the resident requirement is bad policy, but said, “The agency itself doesn’t get involved in those matters.”

Some of those interviewed said that charitable and tax-exempt organizations are limited in their ability to take a stance on political issues.

However, according to the Internal Revenue Service, 501(c)(3) agencies are allowed to take positions on public policy issues and would only lose their nonprofit status if a substantial part of their activities involved attempting to influence legislation or engage in political campaign activity. The organizations may conduct educational meetings, distribute educational materials and consider public policy issues in an educational manner without jeopardizing their tax-exempt status.

Fendt said it is hypocritical for agencies to say they are not allowed to take a stand on the residency requirement.

“Clearly they (organizations) do get involved in some political issues, so for people to hide behind that is baloney because everything is political,” Fendt added.

He referenced recent published opinion pieces by Diaz and Maria Monreal-Cameron, president of the Hispanic Chamber of Commerce of Wisconsin, in which both leaders stated that the Milwaukee County Board of Supervisors should be reformed.

Monreal-Cameron, who was also polled for the survey, said she was uninterested in giving an opinion on the residency issue and would not say why.

Fendt argued that the residency issue is going to affect central city organizations as much or more than any other issue they take up. “Groups are always weighing in on issues that are in their wheelhouse,” he added.

Bray said her organization typically takes positions on issues that are specific to the Valley. She said, however, that she is a strong believer in the city of Milwaukee and added, ”I choose to live here and I think it’s a great city with great resources.”

Those resources will dwindle if the residency requirement is lifted, according to Fendt.

Alderman Michael J. Murphy, who represents Washington Heights and other central city neighborhoods, agreed, explaining that the residency requirement will lead to a loss of middle class families and their tax dollars, and a reduction in public services.

Murphy cited an analysis done by the Legislative Reference Bureau, a research arm of the Milwaukee Common Council-City Clerk’s Office, as proof that the proposed legislation would harm the city.

The survey of several large cities, including Minneapolis, St. Louis and Baltimore, conducted by the bureau, found that within 10 years of lifting residency requirements, more than half of city employees had moved out. Murphy said he believes the same would happen here, adding, “These are good-paying jobs for people who support local communities, but the income from those jobs would no longer be spent in the city.”