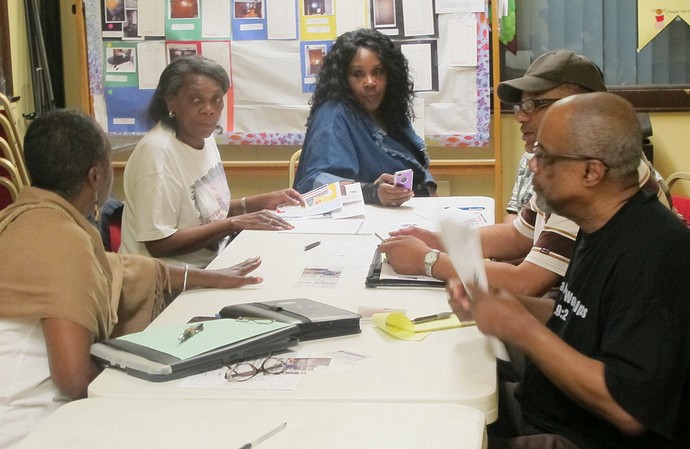 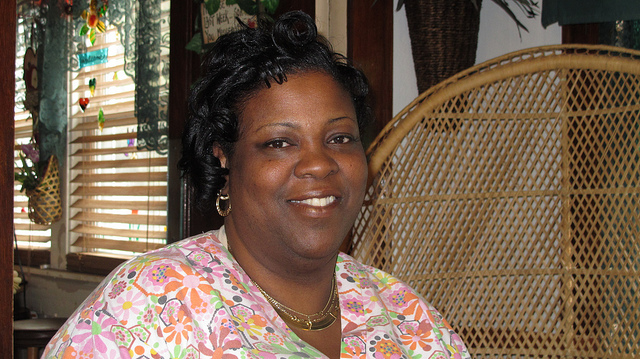 Tanyialisa McDowell is the first homeowner in Borchert Field to be granted a loan under the Targeted Investment Neighborhood (TIN) program. The city awarded TIN status to the neighborhood one year ago.
Read More

Zelodius Morton has deep roots on the 2900 block of North 9th Street. Her grandmother lived in the blue house two doors down from St. Matthew CME Church. She grew up in a brick house across the street and when her mother died in 1993, Morton and her husband moved into the house, which the family has owned for 42 years.

Morton, a psychotherapist, recently stepped up to head a new resident group, Borchert Field/9th Street C.A.R.E.S. It began meeting in early fall 2012, in the wake of a shooting near 9th and Chambers streets. Shot in broad daylight while walking to her car after Mother’s Day church services, the victim survived but churchgoers and residents were shaken.

“I went around talking to some of the neighbors and found out there was some fear and intimidation. Nobody really wanted to do anything,” said James Honeysucker, a church leader who wanted to counter the violence by encouraging neighbors to form a block club. Honeysucker lived in the neighborhood as a child but now lives on the Northwest Side.

He continued to walk around the neighborhood talking to people and eventually succeeded in bringing some homeowners together. A group has been meeting at the church, monthly, since September.

Now members have made plans for the first of several summer events, a neighborhood clean up on June 29, to promote a sense of community among residents. They hope that getting homeowners and renters out working and socializing together will lead to more participation in improving safety, neighbor relations and property maintenance.

Though Morton prefers not to call the group a block club, which she worries some people associate with “snitches,” the group represents residents living on the two blocks of 9th Street that are bounded by Burleigh Street on the north and Locust Street on the south.

For this group, as for all such organizations working for change, building community cohesion is hard work. The process is complex and slow. Solutions to many-faceted social problems, such as youth getting into trouble because they have few opportunities, are complicated.

Despite the challenges, the group is evolving. Six or seven homeowners consistently attend meetings and engage in frank discussions about neighborhood problems. 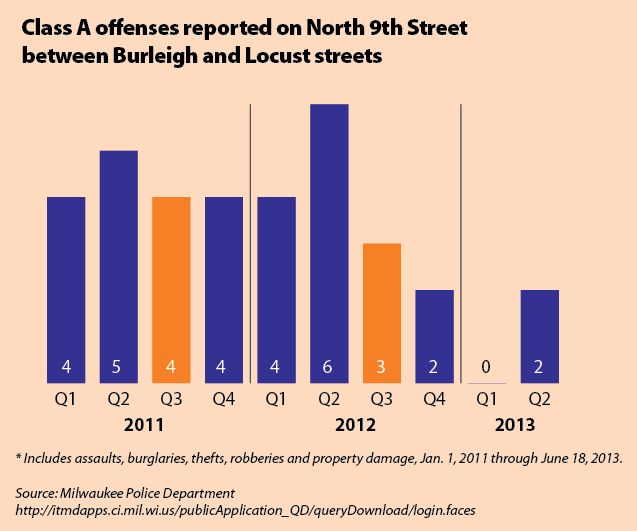 Early on, their meetings focused on safety and the disrespectful behavior of neighborhood youth.

“They wanted to fight us and they cursed us out and they told us, ‘This is our neighborhood. We run this,’” said Donna Tender, who lives at 9th and Chambers streets, at the October meeting. She was describing a run-in with a group of boys throwing firecrackers late one summer night.

In November, Robert Parker, a resident of Mother Simpson Way one block to the west, told the group he had been attacked. Walking home on Locust Street in the early evening, he was surrounded by a group of about 25 teens who taunted him, took his wallet and pounded him with their fists. A police officer parked nearby came to his rescue.

Homeowners talked about their concerns about new renters moving onto 9th Street. They brainstormed about ways to involve young people in constructive activities and bring neighbors together socially.

At first, some people would come to a meeting with an issue and if it was not resolved quickly they didn’t come back. In one case, residents asked the group to support a speed bump on their block. It was not approved — and they never returned.

Honeysucker is disappointed with the speed and quality of police responses to residents’ calls and concerns. “We have a core group that is really concerned about having a better neighborhood, but I feel frustration in the efforts, like they’re in vain,” he said.

But no one from the police department attended the last two meetings “to hear and see the frustrations of [our group members] and take that back to the officers,” Honeysucker said.

Lammers went on maternity leave the day of the most recent Borchert Field/9th Street C.A.R.E.S. meeting, according to District 5 Officer Gregory Hunter, who went with her to one meeting of the group. He expects her to return in the fall. 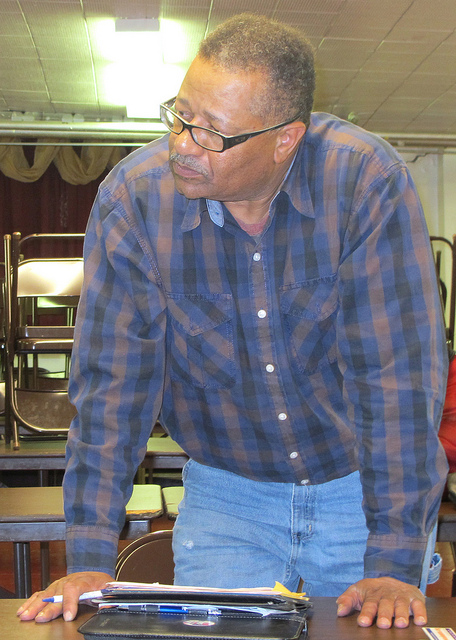 James Honeysucker chairs one of the first meetings of the block club, Borchert Field/9th Street C.A.R.E.S. (Photo by Andrea Waxman)

Lammers is one of three community liaison officers in the district. Their main charge is to work closely with resident groups and disseminate information they gather to the rest of the district. Part of their assignment is to coordinate residents’ needs with police department and city services.

Hunter, a member of the Community Prosecution Unit, has worked closely with block clubs including Borchert Field/14th Street C.A.R.E.S. “We are taking measures to curb all the issues that are on those two blocks,” he said. “We do have targeted locations that we are monitoring there.“

Hunter emphasized that the department’s goal is to be community oriented. “Any issues residents have that they will disclose to us, we will go through them and we’ll get back to them and say ‘this is what we did,’ ” Hunter added.

Nevertheless, several residents told of being treated disrespectfully by the police when they reported incidents. Parker said he has visited the district police station on several occasions and has been told he is a nuisance by officers there.

Talibah Mateen, a community organizer for Safe & Sound, has been working with Honeysucker and Morton to re-establish a resident group on the block. Based on her experience helping similar groups, including Borchert Field/14th Street C.A.R.E.S., Mateen thinks it’s too soon for law enforcement involvement in the group.

“When block clubs are small like that and just getting started, it’s best to have the people in the block club meet first before they start bringing in other entities,” she said. They need to build trusting relationships among themselves, find common goals and develop a road map for what they want to do in their neighborhood, she added.

Mateen suggested that interested residents attend crime and safety meetings held at the District 5 police station on the first Thursday evening of each month.

Other group members said their biggest obstacle is the limited number of residents willing to come to meetings. Many fail “to get involved and take it as a form of snitching,” said Morton.

Before the group started meeting last fall, residents and church leaders brought pressure on the police that resulted in the closing of two nearby bars whose patrons often were disruptive, Honeysucker said.

Group members say that crime has declined recently. According to Milwaukee Police Department records, the number of Class A felonies dropped from an average of 4.25 incidents per quarter in 2011 to 3.75 per quarter in 2012. There were no incidents reported in the first quarter of 2013 and two so far in the second quarter. (See chart above.)

Class A felonies include assaults, arson, burglaries, criminal damage, robberies, sex offenses, thefts, vehicle thefts and homicide. No homicides or sex offenses were recorded in the two-block area between January 2011 and May 2013.

“Mostly, it’s nuisance problems at this point. We formed our block club to keep it at the level it is or decrease it even more so that we won’t run into problems in the future,” Morton said. She noted that the warmer weather will reveal more about the level of safety on 9th Street.

Borchert Field/9th Street C.A.R.E.S. members are optimistic about the events they are planning for the next two months: a community garden, a cookout, a back-to-school celebration and the upcoming neighborhood clean up.