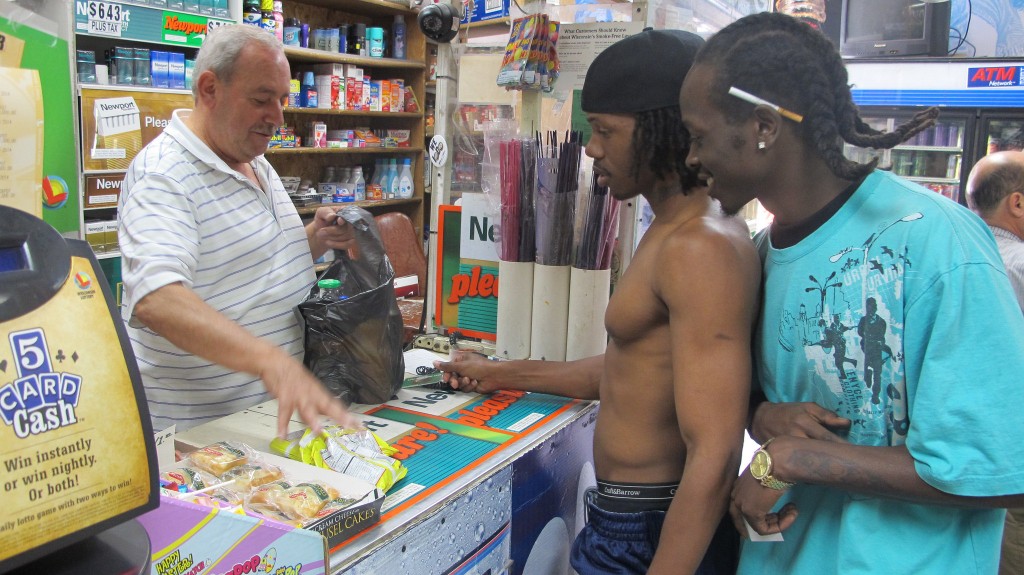 When the owner of the corner store at 15th and Ring streets decided he wanted to sell hard liquor, he went to a Borchert Field C.A.R.E.S. block club meeting and asked if they would support his application for a license.

When the group voted the idea down, Fayez Shanaa accepted the decision and said he would look for other products to add to his stock at Mr. F Foods.

Shanaa has owned and operated the store, which has a license to sell beer, since 1989, according to his brother, Wajeeh Shanaa, who was minding the store on a recent Friday afternoon.

“Fayez is a very strong supporter of Borchert Field,” said Denise Wooten, Borchert Field C.A.R.E.S. chair.  “He always participates when we have events, he donates things, he puts out fliers for us and he attends the meetings when he can.”

The group’s vote against the liquor license was not a rejection of Fayez Shanaa, she said. On the contrary, the members want to help him determine what products residents would like to purchase, Wooten added. 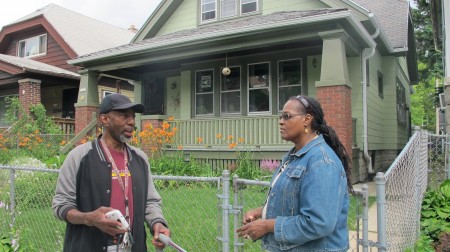 “(The opposition to the liquor license) was not against me or anyone,” said Shanaa.  A Muslim himself, he said he understands and respects those who opposed the license for religious reasons. One person voted against the proposal because she thinks it would be bad for the young people in the neighborhood. “I respect that too,” Shanaa said.

He is considering surveying the neighborhood on the issue, and said he would seek the block club’s approval again if he finds majority support for liquor sales among residents. But maintaining his good relationship with Borchert Field C.A.R.E.S. is important to him and he wants to do the right thing. “I have had my store here for 25 years and I am part of the neighborhood,” he said.

The incident illustrates the influence of the Borchert Field organization on the community. The core group has worked hard since 2010 to make the neighborhood safer, more attractive and more cohesive. Though the group has grown and made substantial improvements, difficult social conditions such as joblessness, the foreclosure crisis, and state budget cuts to education, transportation and health programs continue to pose challenges.

Improving housing has proven to be particularly difficult. After waging a sustained and ultimately successful campaign to have Borchert Field designated a Targeted Investment Neighborhood (TIN) in 2012, the program there has been a disappointment. Though it was designed to offer eligible homeowners partially forgivable, zero-interest home rehabilitation loans, only one applicant has qualified and made home improvements using a TIN loan.

Wooten looked into applying for a loan to replace her roof and was visited by city inspectors who told her she would have to replace windows and repair a walkway before she could apply, she said.

“It isn’t really a rehab program, it’s a compliance program,” Wooten said. “If I had the funds to do it myself, I’d do it.”

The city “probably stretched a little bit outside of what we normally would do” to accept the neighborhood as a TIN because of the strong leadership of the Borchert Field C.A.R.E.S. group, said Sam Leichtling, Neighborhood Improvement Development Corporation (NIDC) program director. “We hoped it would help neighborhood homeowners, but the program was actually designed for more ‘middle market’ properties,” he said.

At the request of Borchert Field C.A.R.E.S., the TIN area was expanded, and a couple of loan applications from homeowners are currently being evaluated, Leichtling said. The TIN designation expires at the end of December.

The nearby Century City neighborhood has benefitted more from its TIN designation, with 10 successful loans to homeowners. “The downturn in property values (there), while it’s still been significant, has not been as significant as in Borchert Field,” Leichtling said.

Borchert Field was one of the hardest hit by the economic downturn and the resulting decline in property values, Leichtling added. Consequently, many TIN loan applicants have found themselves “underwater” on their mortgages, or owing more than the assessed value of their properties. Borrowers must repay a portion of every TIN loan in order to sustain the program, and applicants who are underwater are not likely to be able to do that, Leichtling explained.

The city is seeking other ways to help such property owners rehabilitate their homes, according to Leichtling. The Common Council passed and the mayor signed a resolution in May, to establish “a framework for using tax increments to benefit affordable housing and improve the housing stock.” Specific programs will be created during the fall legislative process.

In the meantime, Wooten connected with Catholic HEART Workcamp, a national social justice program in which teens do housing rehabilitation work in central city neighborhoods. This summer, a CHWC team painted the exterior of Wooten’s house and made repairs to four other Borchert Field houses, she said.

The group has focused on increasing resident engagement through social activities in several community gardens. Recently, it hosted a “meet and greet” for state Assembly candidate David Bowen, as well as a Ramadan celebration, Wooten said.

“We hope people will come to see what’s happening in the garden and then become more involved in the community,” she added.

Though Wooten would like representatives from each of the neighborhood’s 23 blocks to join Borchert Field C.A.R.E.S., she said there are about seven blocks actively involved now. The block club meets at 6 p.m. on the second Tuesday of every month at Metropolitan Missionary Baptist Church, 1345 W. Burleigh St.