You are here: Home / Home / Carousel / Neighborhoods earn national recognition for partnerships with police
Share this... 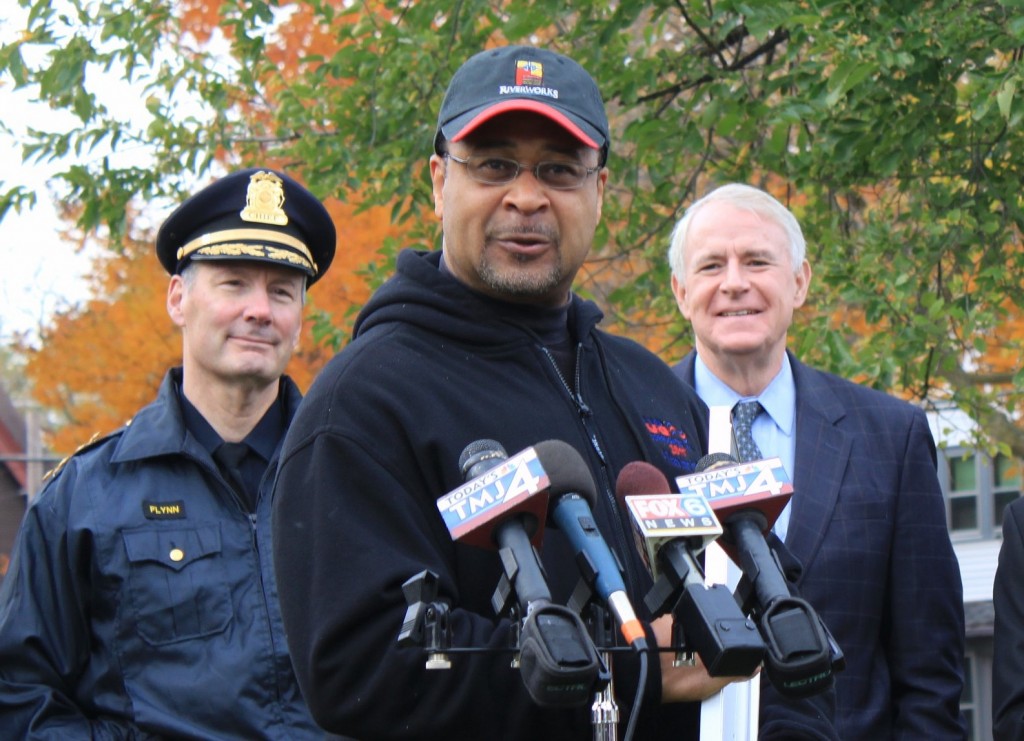 Three community groups have received national recognition for their work with the Milwaukee Police Department to lower criminal activity in their neighborhoods.

For the first time since the MetLife Foundation and LISC began presenting Police-Community Partnership Awards to local organizations around the U.S. in 2002, three groups in the same city received recognition.

The Milwaukee recipients were Riverworks Development Corp. and the Holton Youth + Family Center in Harambee, and United Methodist Children’s Services on behalf of Washington Park Partners. The winners were selected from more than 560 applications nationwide, which were jointly submitted by police departments and community organizations.

“Results achieved by these partners demonstrate the value of working collaboratively to increase safety and transform neighborhoods,” said Dennis White, president and CEO of MetLife Foundation, based in New York. 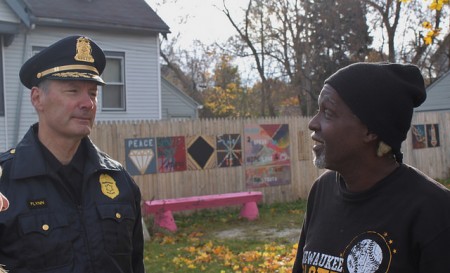 The program recognizes innovative partnerships between community groups and police to promote crime reduction, neighborhood revitalization and trust building. The award includes a $15,000 contribution to each organization. Mayor Tom Barrett and Police Chief Edward Flynn attended a recent awards ceremony in Harambee for the winners there, and a separate event is planned in Washington Park for early December.

Providing young people with academic support, mentoring, safe havens and face-to-face, positive contact with police officers is the focus of Holton Youth + Family Center’s award-winning project. The program features events such as block parties and ice cream socials where officers informally interact with residents and youths from the neighborhood to build trust and get to know each other. Members of a Youth Leadership Council work regularly with police, walking the streets, distributing crime prevention information and brainstorming effective crime reduction strategies.

Holton program participants come from a wide range of community organizations, including Wisconsin Community Services, Running Rebels, Milwaukee County District Attorney’s Office, Safe & Sound and Above the Clouds. Reported crime and aggravated assaults have dropped dramatically since the program began, according to LISC.

An alliance between the Riverworks Development Corp. and police led to a significant reduction in crime along Keefe Avenue. Club 2-C, a bar at N. 2nd Street and Keefe Avenue, had been a magnet for shootings and other violent crime in the community. A concerted effort by residents and police led to the bar’s closing last December and a drop in reported crime and aggravated assaults in a five-block area, according to LISC.

Projections for 2014 include a nearly 50 percent reduction in violent crime and a 30 percent drop in property crime. Other achievements in the neighborhood include developing the Beeline recreational trail along a section of the Milwaukee rail corridor in Harambee, and building a Kaboom! playground adjacent to the empty building that housed Club 2-C.

Darryl Johnson, executive director of Riverworks Development Corp., said open lines of communication between neighborhood residents and police are critical for community development and crime prevention. Acknowledging that tensions often exist between law enforcement and residents, he believes community organizations can “temper the frustrations so we can bring people together to solve problems.”

United Methodist Children’s Services, on behalf of Washington Park Partners, organized a Landlord Alliance to rehabilitate blighted properties, as well as numerous neighborhood cleanups, block parties and beautification projects — many developed hand-in-hand with the police — which drew about 1,000 participants in 2013.

Another Washington Park initiative paired residents living in crime “hot spots” with police officers, who explained how to use Milwaukee’s online crime reporting system. Working with police, community organizers also held workshops for youth to reduce crime and improve mutual understanding. These efforts resulted in a 30 percent reduction in crime over the past year, according to LISC.

The award-winning programs, and others like them around the city, demonstrate the value of collaboration between the police and communities. But it’s not an easy task.

“It takes time and people to make a difference,” said Dawn Hutchison-Weiss, spokeswoman for LISC Milwaukee. “Neighborhoods working one-on-one with the police department to build trust over time are making progress and reducing crime.”