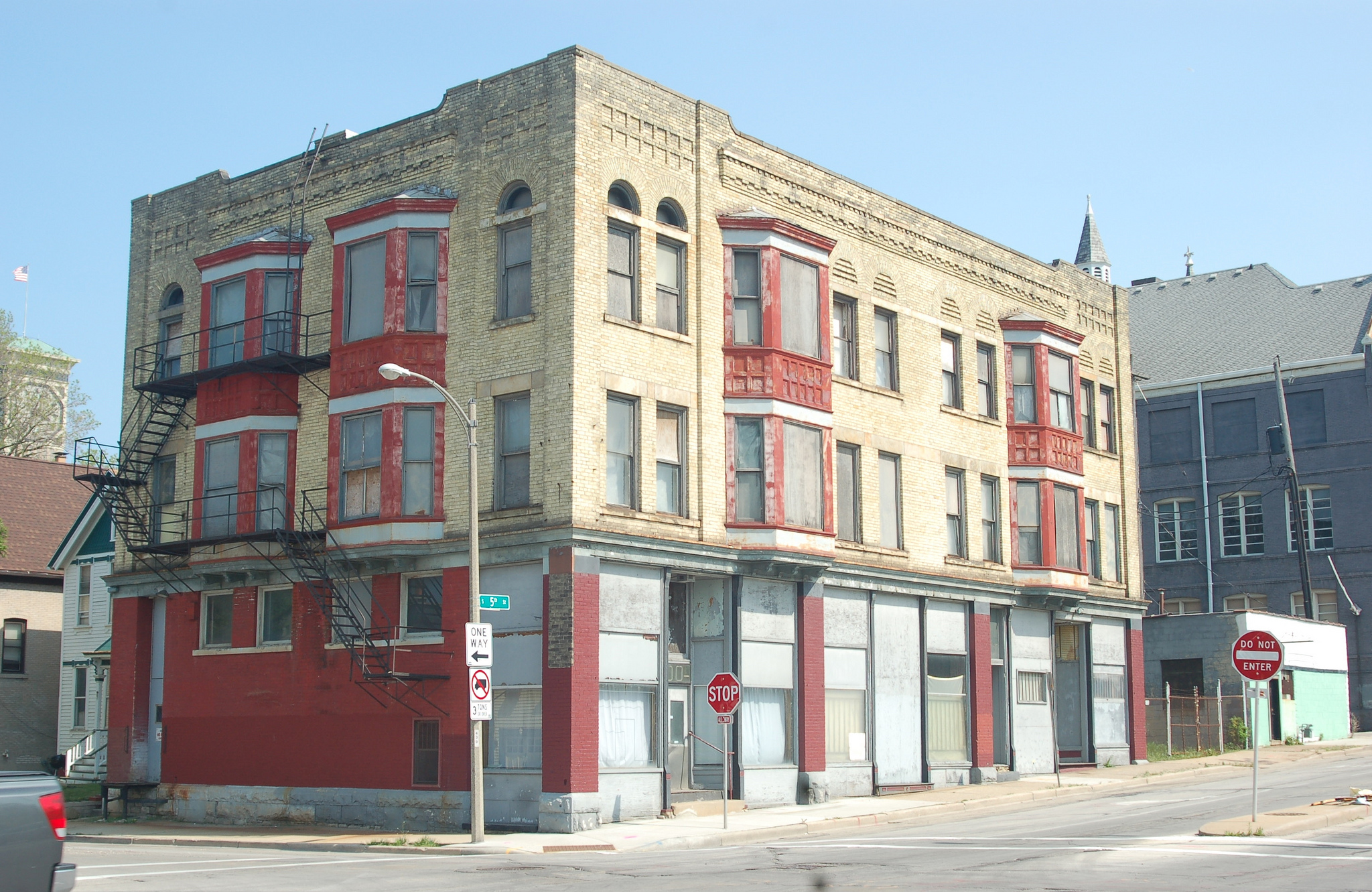 Arts @ Large closed on the purchase of this building at 1100 S. 5th St., on the corner of Washington Street. (Photo by Andrea Waxman)

After renovating the three-story cream city brick structure on the southeast corner of West Washington Street, the organization plans to move from its much smaller rented space at 908 S. 5th St.

“We are bursting at the seams,” said Teri Sullivan, co-founder and CEO of Arts @ Large, who explained that the organization has “expanded exponentially” recently as it has worked to fill the gaps created by a shortage of licensed MPS art teachers.

Sullivan noted that the purchase is the first step in the next stage of the organization’s ongoing expansion, and plans are still in the very early stages. She said the nonprofit intends to create a larger student art gallery on the first floor, and offices, artists’ studios and nonprofit incubator spaces on the second floor. Plans also include space devoted to professional development for teaching artists and revenue-generating apartments on the third floor, added Sullivan. 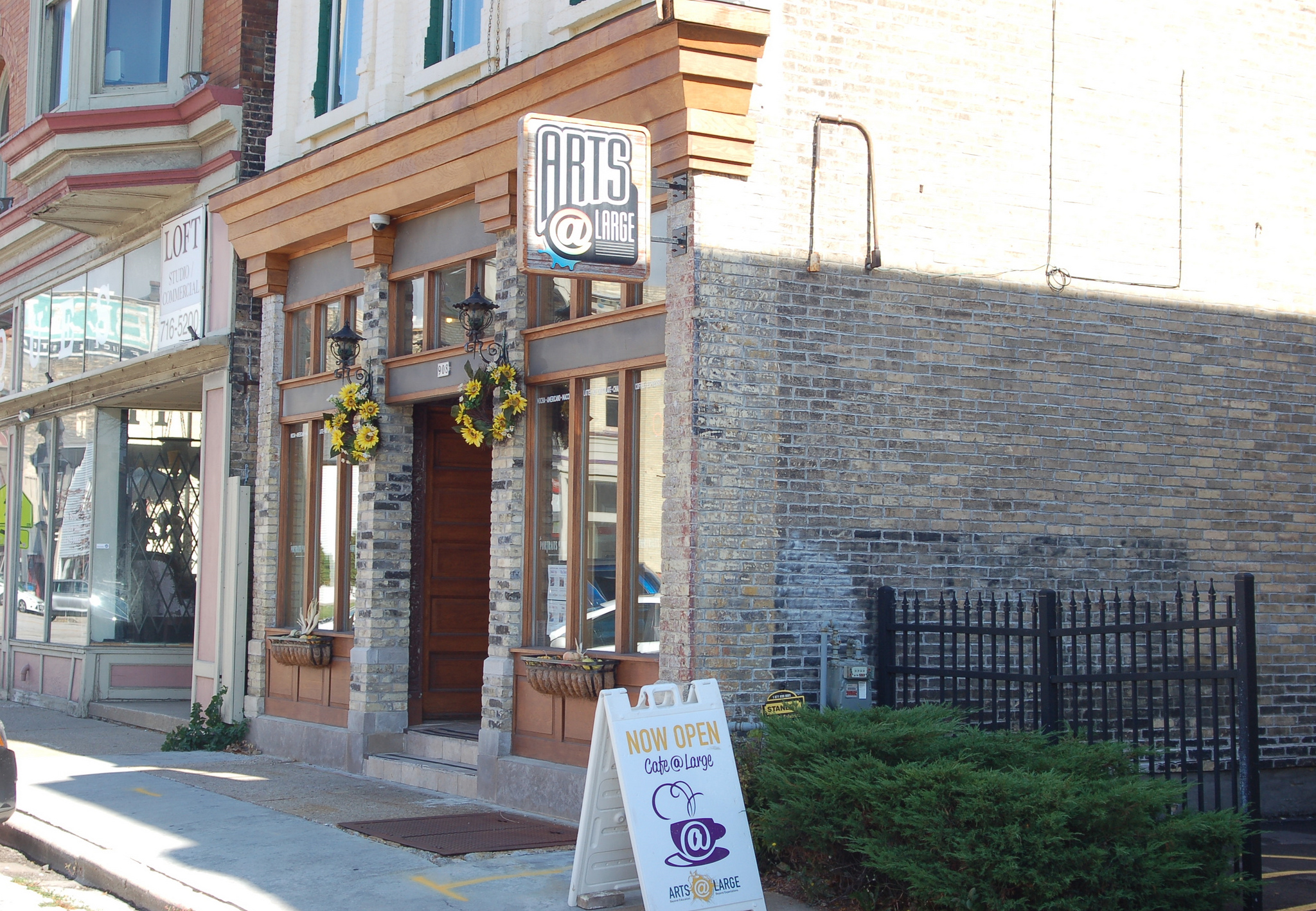 Arts @ Large is currently located in this rented building at 908 S. 5th St., where it operates a gallery and café. (Photo by Andrea Waxman)

In addition, Arts @ Large hopes to attract a restaurant to operate on the ground floor of the new building. Besides serving the community and building on Café @ Large, the youth career development program it established a year ago, a restaurant could support the culinary arts program being launched in four MPS high schools this fall, Sullivan said.

“Our job is to provide opportunities for students to get interested and engaged, using multiple art forms, in academic learning. The culinary arts are a perfect vehicle for that,” Sullivan observed.

Last fall, the nonprofit piloted a culinary arts program with a history class studying the Civil War period at Bay View High School. In partnership with Honeypie restaurant, the students researched the kinds of foods eaten during that era and participated in a competition to develop recipes based on what they learned. Honeypie then put the winning dish on its menu.

The four high schools were tapped for the ProStart program, the pilot of MPS’ new two-year culinary arts program, because they have existing programs related to the culinary field. In addition to Bay View High School the new program will be launched at James Madison Academic Campus, Harold S. Vincent High School, and Washington High School of Information Technology.

Tony Tagliavia, MPS media manager, said that with the ProStart program, “we are looking forward to continuing our partnership with Arts @ Large and there are many exciting possibilities for what that could look like.”

The future home of Arts @ Large was built in 1890 by Patrick Cudahy. It originally contained a meat market on the ground floor and worker housing on the second and third floors, according to Sullivan. She and her colleagues are just beginning the process of finding an architectural firm to create a plan for the building.

Sullivan noted that the Arts @ Large community is committed to the Walker’s Point neighborhood and has been looking for an opportunity to invest there.

Ursula Twombly, Walker’s Point Association board member, said the city and the association commissioned a detailed action plan for the neighborhood that identified South 5th Street as a corridor focusing on the creative arts and small businesses related to the food and beverage industry.

Arts @ Large’s decision to stay in the neighborhood and purchase a building is a significant positive step in developing the 5th Street corridor, Twombly said.