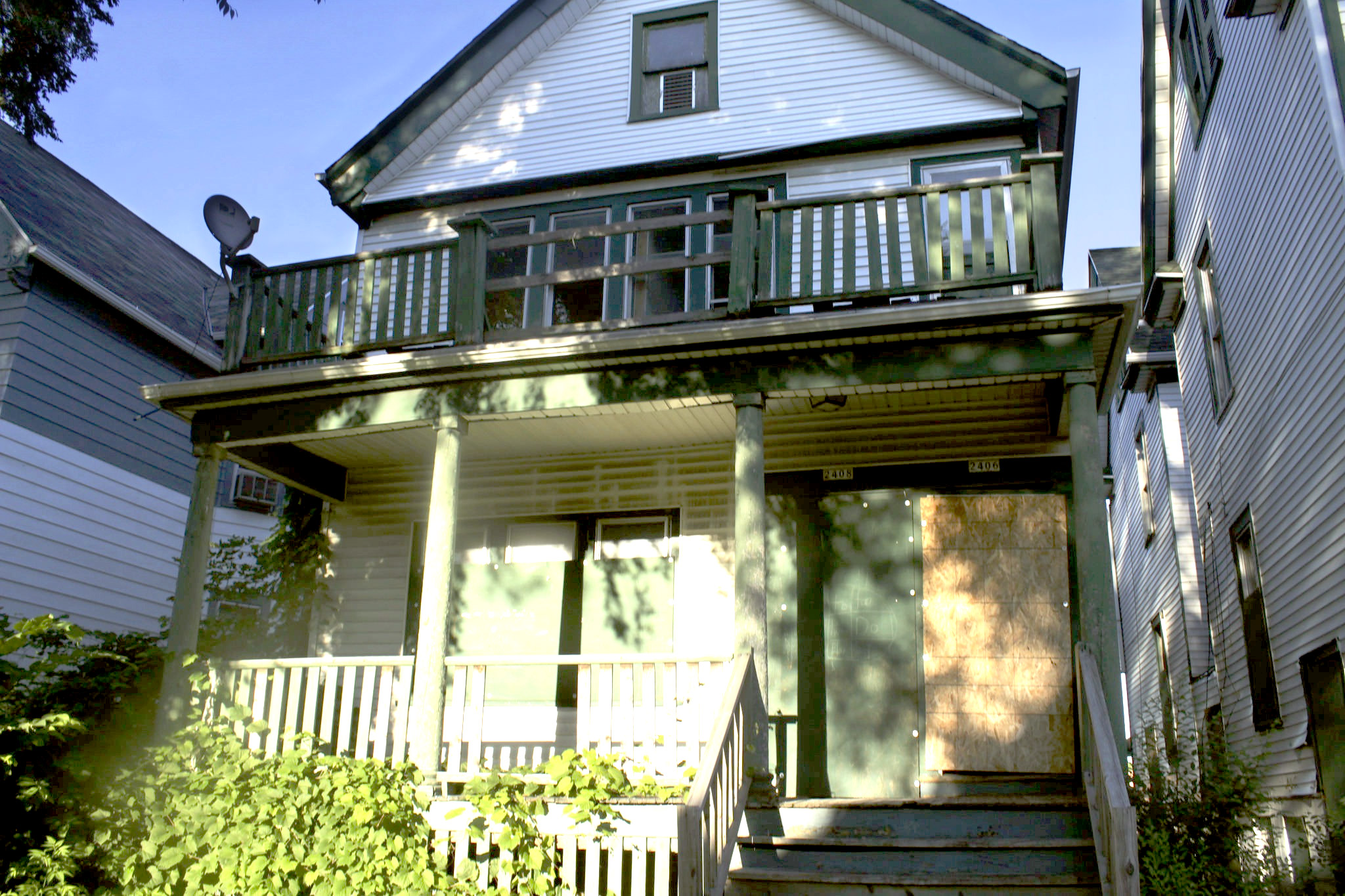 Artist Vedale Hill plans to move into a rehabilitated home in Bronzeville in November. (Photo by Keith Schubert)

The first foreclosed home purchase facilitated by the Homeworks: Bronzeville initiative is being renovated now, and artist Vedale Hill expects to move in this November.

“As a kid I never thought what I’m doing now was an option for a kid like me … Owning this house will give me a chance to get more involved in my community and show young black men that they can transition to a more successful lifestyle,” Hill said.

Hill, Mikal Floyd-Pruitt and Sara Daleiden of MKE <-> LAX, an organization that aims to link the artistic markets of Milwaukee and Los Angeles, started the HomeWorks: Bronzeville initiative in 2016. The project helps artists purchase homes and studios in the Bronzeville neighborhood. It is intended to cultivate North Avenue and the blocks that surround it from 4th to 6th streets and Meinecke Street to Garfield Avenue, according to the initiative’s charter.

“It’s important to have artists in your city because that really affects where culture can grow,” said Daleiden.

The initiative encourages engagement of residents and businesses in arts and cultural programming and promotes black art and the economy.

HomeWorks intends to facilitate the purchase of a cluster of four foreclosed properties from the city for $1 each. “The city owns so many of these foreclosed houses, it’s a daunting task for them to figure out what to do with all of them … you must think creatively to even begin to address that problem,” said Hill. 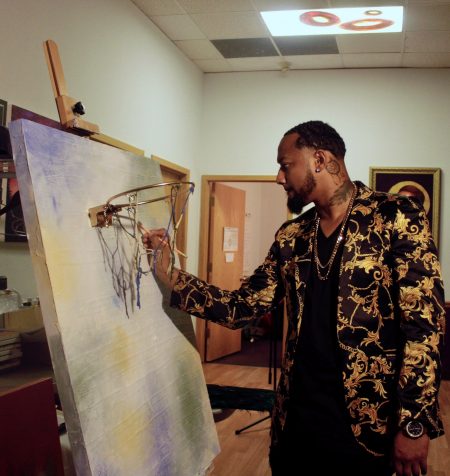 The program is open to all types of artists. Those who purchase homes will be able to structure them to accommodate their art and their lifestyle. “It’s a very hands-on process,” said Hill, who will be the first artist to own one of the houses, on 4th Street.

After purchasing the lot for $1 in collaboration with Strong Blocks, Hill received a no-interest $25,000 loan from the city’s Art and Resource Community Hub (ARCH) loan program. After 21 months of leasing the home from Strong Blocks, Hill will gain ownership of the property. After five years of living there and engaging with the community through arts, the loan will be forgiven.

“We thought it would be beneficial to the artist and to the community for there to be a long-term plan for housing,” said Hill.

“I’ll open it up for gallery nights and invite the community in … it will show my commitment to Bronzeville as not just an artist but as a person, and that’s what this neighborhood needs right now.”

There is a long waiting list of artists looking to get in on the project, said Daleiden, but the goal right now is for her, Hill and Floyd-Pruitt to each move in to one of the homes by 2019, with other artists to follow.

To qualify for the program, applicants must show they are committed to engaging with the community through art activities such as workshops and gallery nights, and are interested in living in the house for five years.

Daleiden, Floyd-Pruitt and Hill came up with the idea for artist-owned housing after working with artists from different neighborhoods and constantly seeing them forced to move, said Hill. “This program is a way to make sure the artists that create the culture don’t get displaced,” he added.

He also noted that it’s difficult for artists to get bank loans to purchase property. “When you say you’re an artist, people don’t really know what that means … and banks don’t view being an artist as steady employment,” Hill said.

“We’re trying to create some other home ownership options for people. I would say a lot of artists are credit-ready but still can’t get loans from banks,” added Daleiden.

Concerns about rising property values and displacement of community members were among the reasons the initiative was launched, Floyd-Pruitt said. “The program is combating gentrification through maintaining the existence of current residents … not changing who is here, but how they’re here,” explained Hill, who grew up in Bronzeville and has been running workshops and engaging with the community for more than 10 years.

“This initiative is about ownership and avoiding displacement,” said Daleiden.

Floyd-Pruitt and Hill were forced out of their Riverwest art studio, Jazale’s, in late 2013, for what Floyd-Pruitt believes were racial reasons, making them realize that they needed to own their own studios. According to Floyd-Pruitt, police would come into the studio randomly when he was painting or during gallery nights, and that forced them to relocate Jazale’s to Bronzeville.

After being displaced from Riverwest, Floyd-Pruitt said he felt exploited not only as an artist, but as a black man. “If we build something based around black art, culture and community we need to be able to hold onto it,” he said. “The intention is to be of service to the black population, not to exploit them.”

“Bronzeville being the black arts and cultural district of Milwaukee, it’s feeling more like a home for us,” Floyd-Pruitt added.

Floyd-Pruitt noted that in the 1930s Bronzeville was a vibrant and bustling cultural and economic center. During that time, there were more black-owned businesses in Bronzeville than any other Milwaukee neighborhood, along with many black artists and musicians. However, in the 1960s the cultural center was decimated by the construction of a new freeway. The initiative hopes to bring the area back to the cultural epicenter it once was, Floyd-Pruitt said.

During the last three years, Hill has seen the perception of the area change. He pointed to businesses and organizations in Bronzeville such as Growing Power, Pete’s Fruit Market, Gee’s Clippers, Americas Black Holocaust Museum and Dream Bikes. “Kids are now walking to the barbershop, to our studio; three years ago that wasn’t happening.”

“We want to put our energy to revive some of that spirit from the past and provide an area for black and artistic economies to thrive,” said Hill. “We want to be supportive of all populations that aren’t experiencing the economic return from the culture and creativity they produce.”

Editor’s note: This story has been updated to correct the role HomeWorks: The Bronzeville Initiative. We apologize for the errors.