You are here: Home / Home / Carousel / Vel Phillips remembered and honored at memorial service
Share this... 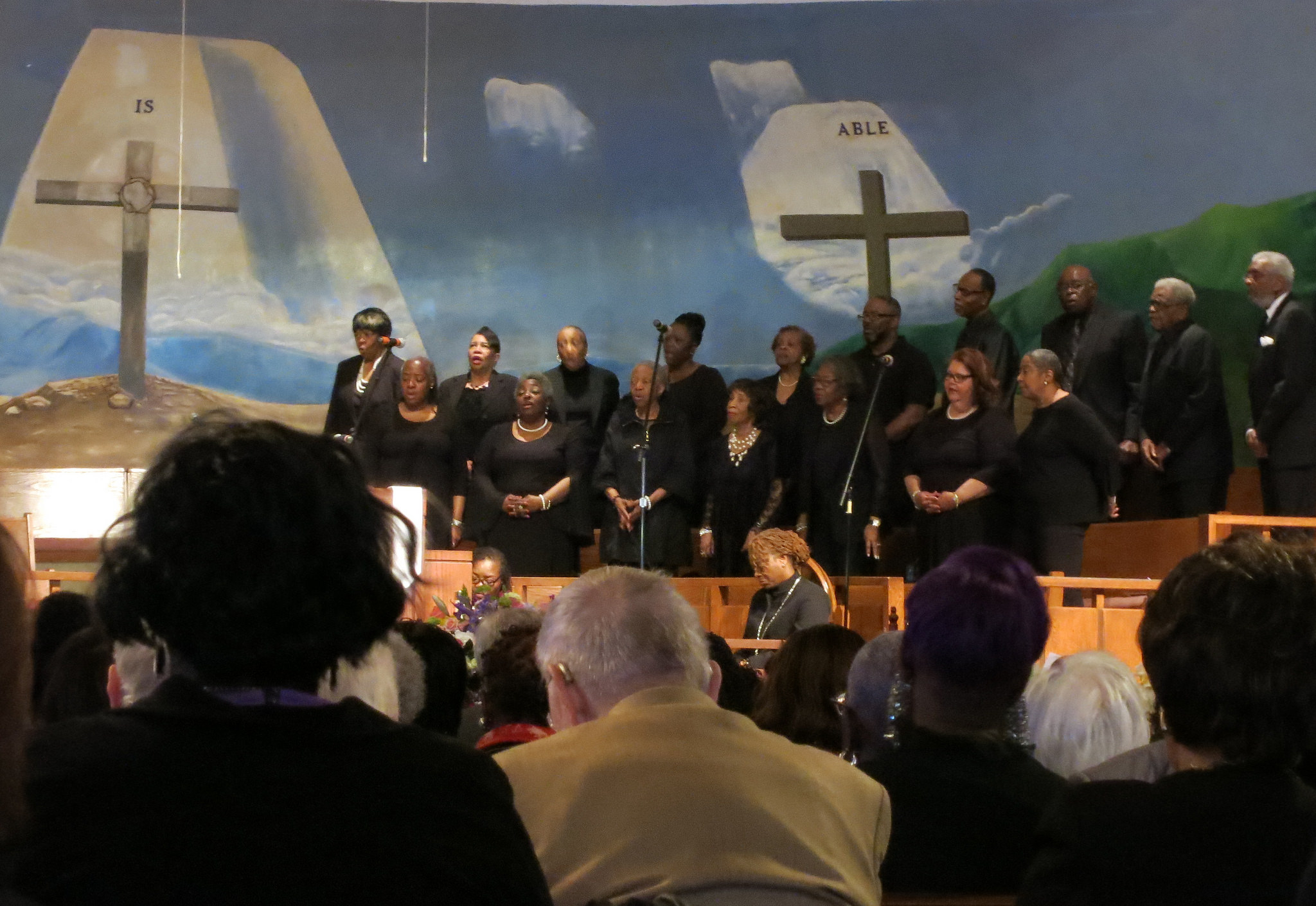 When Velvalea Rogers Phillips laughed her hardest, her shoulders would shake as her mouth formed a soundless “O.”

This was just one of the memories Michael Phillips, Vel Phillips’ only surviving son, recalled at her memorial service at St. Mark African Methodist Episcopal Church, the oldest African-American church in Wisconsin.

Phillips passed away at the age of 95 on April 17. She lived a life of community, activism and laughter, according to speakers at the service.

“When she really got going, she would hit you on the shoulder as if to say, ‘pshaw,’” her son said. “She loved to laugh; we [even] laughed when a man with a bad combover and orange skin became president,” he added.

He went on to describe her love of Lebron James, the Green Bay Packers and how she would “hold court” at the now-closed Chocolate Factory on Prospect and spent time with fellow Milwaukeeans.

Thanks to her impressive legacy of “firsts” in the state of Wisconsin, connecting with Phillips was a rare, appreciated opportunity, he said. 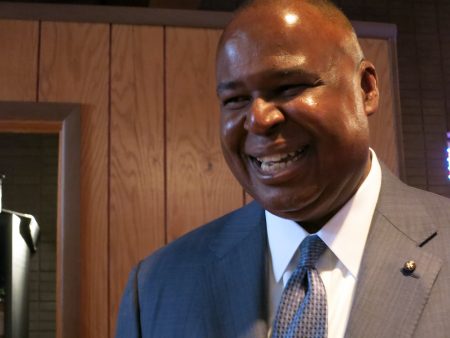 Phillips became renowned for her determination when she joined the Rev. James Groppi and the NAACP Youth Council in leading marches for open housing beginning in 1967. Eventually, the Common Council passed her open housing ordinance, opening up Milwaukee neighborhoods to desegregation.

Yet even with all of her firsts and political achievements, her son Michael said he mainly knew her as “mom.”

Robert Trondson, the film producer who worked on her biographical documentary, described her as a notorious night owl who was excited about sharing her story.

Chief Judge Maxine White, who met Phillips in 1978, characterized her as a good listener and a “champion of civility.”

“As one of her students, I am the beneficiary of her transcendent legacy,” White said. “She wanted to bring justice and peace to a troubled world for as long as she could.”

Phillips’ friend, attorney Larraine McNamara-McGraw, also spoke, recalling how she encouraged voting and other acts of public participation in politics. “I know that if Vel were up and about, she would have been front and center in the Black Lives Matter movement,” McNamara-McGraw said.

The three-hour memorial service opened with a prayer of comfort by Pastor Joy L. Gallmon and ended with a eulogy by Congresswoman Gwen Moore.

Moore was 16 when she first met Phillips, who was judging an oratorical contest held at North Division High School; when Moore won, she was surprised.

“I was a hot mess — didn’t have my hair or my nails done,” Moore joked. “But that’s how Vel was; she judged me on my content and not how I looked.”

Phillips became Moore’s mentor, helping her during her 1992 Senate campaign and encouraging her to be strong in the face of political blowback.

For instance, Moore pointed out that when Phillips and her husband joined the NAACP during the early 1950s, it was considered a “renegade” organization.

“She stood up for people who need social justice and it cost her; but she always got up,” Moore said. “The lesson is that you have to sacrifice to get somewhere, you have to expand your [platform] and reach out and help someone else.”