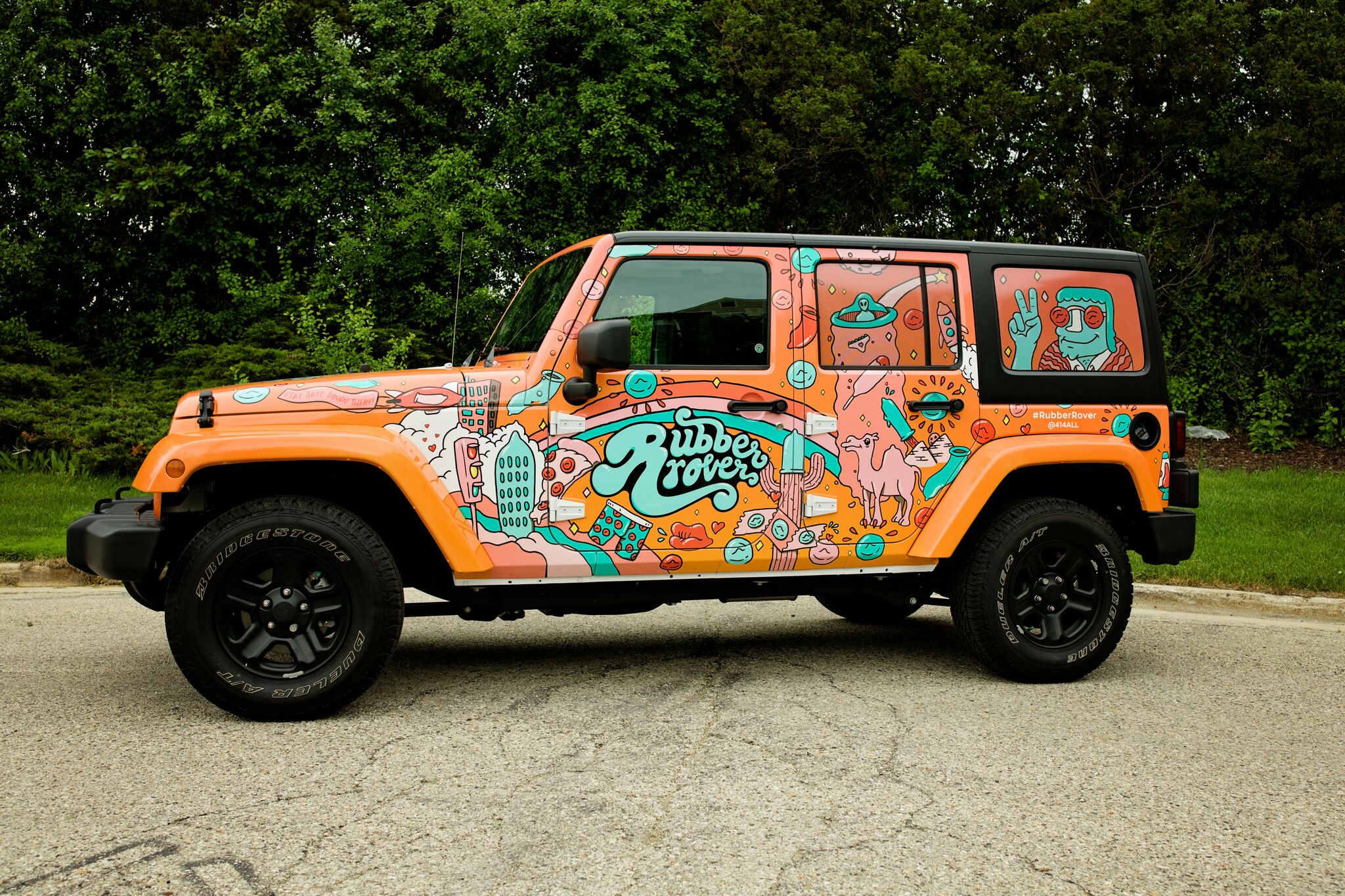 Half of all sexually active people locally will get an STD before the age of 25, according to the Milwaukee Health Department. To bring attention to sexual health and help reduce the stigma associated with STDs, local nonprofit Diverse & Resilient is bringing the Rubber Rover, a condom themed vehicle aimed at increasing conversations about safer sex, to Milwaukee June 9-July 15.

The Rubber Rover is a mobile extension of Diverse & Resilient’s 414ALL campaign, which has been working to make condoms more available, accessible, and acceptable for teens and young adults since 2014.

Starting Saturday, June 9, the Rubber Rover made its Milwaukee debut at Pridefest. Festival-goers can expect to play STD trivia to win custom condom apparel, snap a picture at the photo booth and receive one of the 30,000 condoms Diverse & Resilient will provide Milwaukeeans from the Rubber Rover over the next three weeks. Participants can also learn about safer sex resources, including STD testing locations throughout Milwaukee.

“STD testing and safer sex education isn’t just about the health of individuals, it’s about the health of our communities,” said Anthony Harris, 414ALL Program Coordinator, Diverse & Resilient. “The 414ALL campaign encourages everyone in our community to start a discussion about STDs to help reduce the stigma associated with condoms and STD testing – and we’re so excited to bring our resources to people in the Rubber Rover this summer.”

Designed by local nonprofit advertising agency Serve Marketing, the Rubber Rover generated buzz in Omaha last year, a city with some of the highest STD rates in the country. This year, Rubber Rover will be utilized to amplify Diverse & Resilient’s 414ALL campaign in Milwaukee and reach a population that ranks first in the country for gonorrhea rates.

In addition to Pridefest and the Pride Parade, the Rubber Rover will be at Juneteenth Day Festival on June 19 and other stops around the city until July 15. For more information about the Rubber Rover and educational resources surrounding safer sex, STD testing and more, visit www.414ALLmke.org and 414ALL on Facebook.