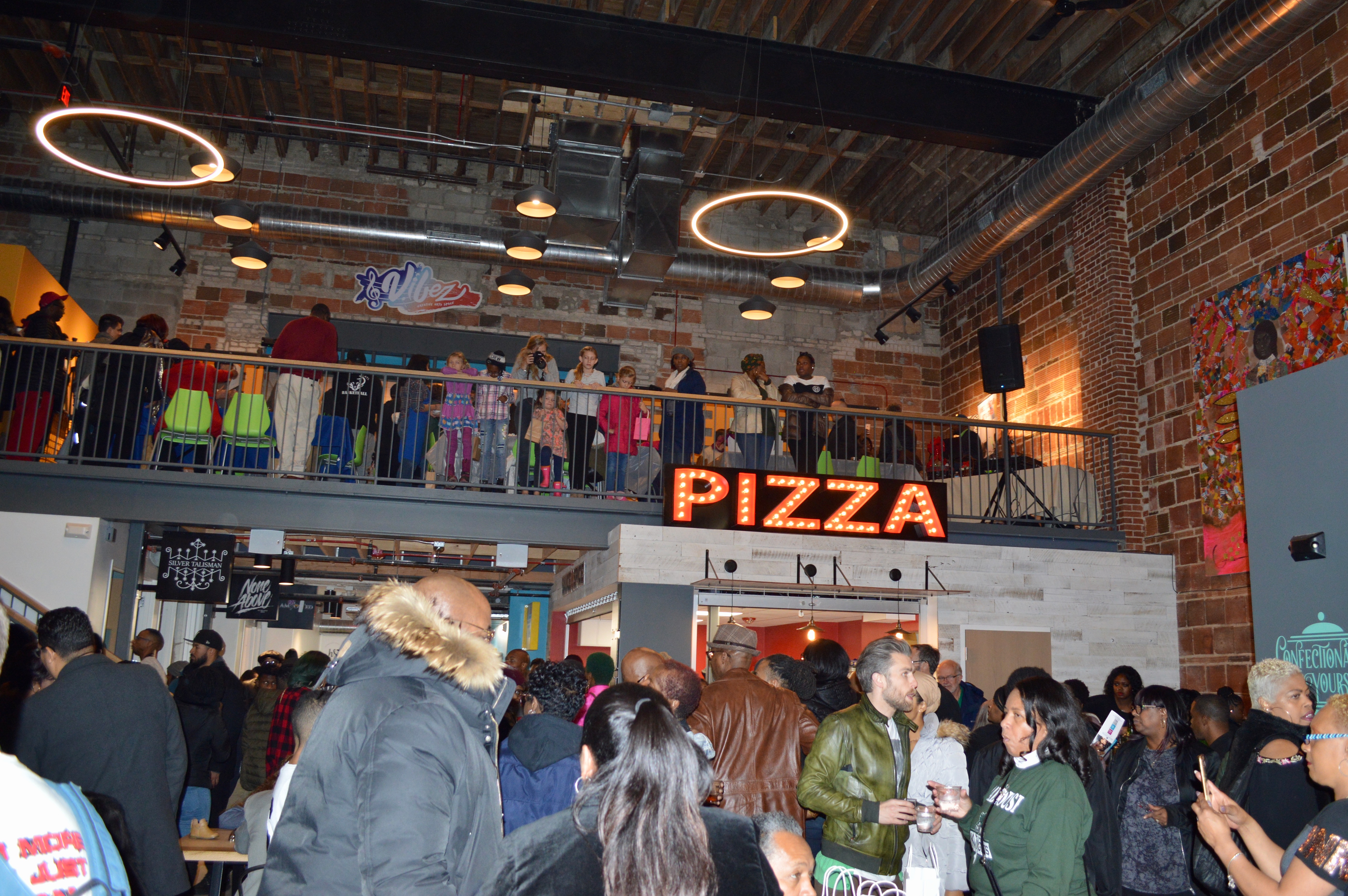 Milwaukeeans from throughout the city attended the Sherman Phoenix grand opening. (Photo by Ana Martinez-Ortiz)

In the summer of 2016, I, like so many in Milwaukee and across the nation watched the news coverage of the unrest in Sherman Park. After the dust settled, I thought that the building at 3536 Fond du Lac Ave. would remain vacant as a constant reminder of the anger and sadness that plagued the city.

When talks of transforming the space into something new began, it seemed too good to be true. Often, vacant buildings in Milwaukee tend to remain empty. Other times, the purchasing and renovation process takes years, but with Sherman Phoenix that was not the case.

In two years, Milwaukeeans turned a vacant building into a marketplace filled with potential. Its grand opening signifies not just a change for the neighborhood, but a change for Milwaukee as a whole.