You are here: Home / Home / Carousel / Cloud of uncertainty hangs over Griselda Aldrete’s nomination to lead Fire and Police Commission
Share this... 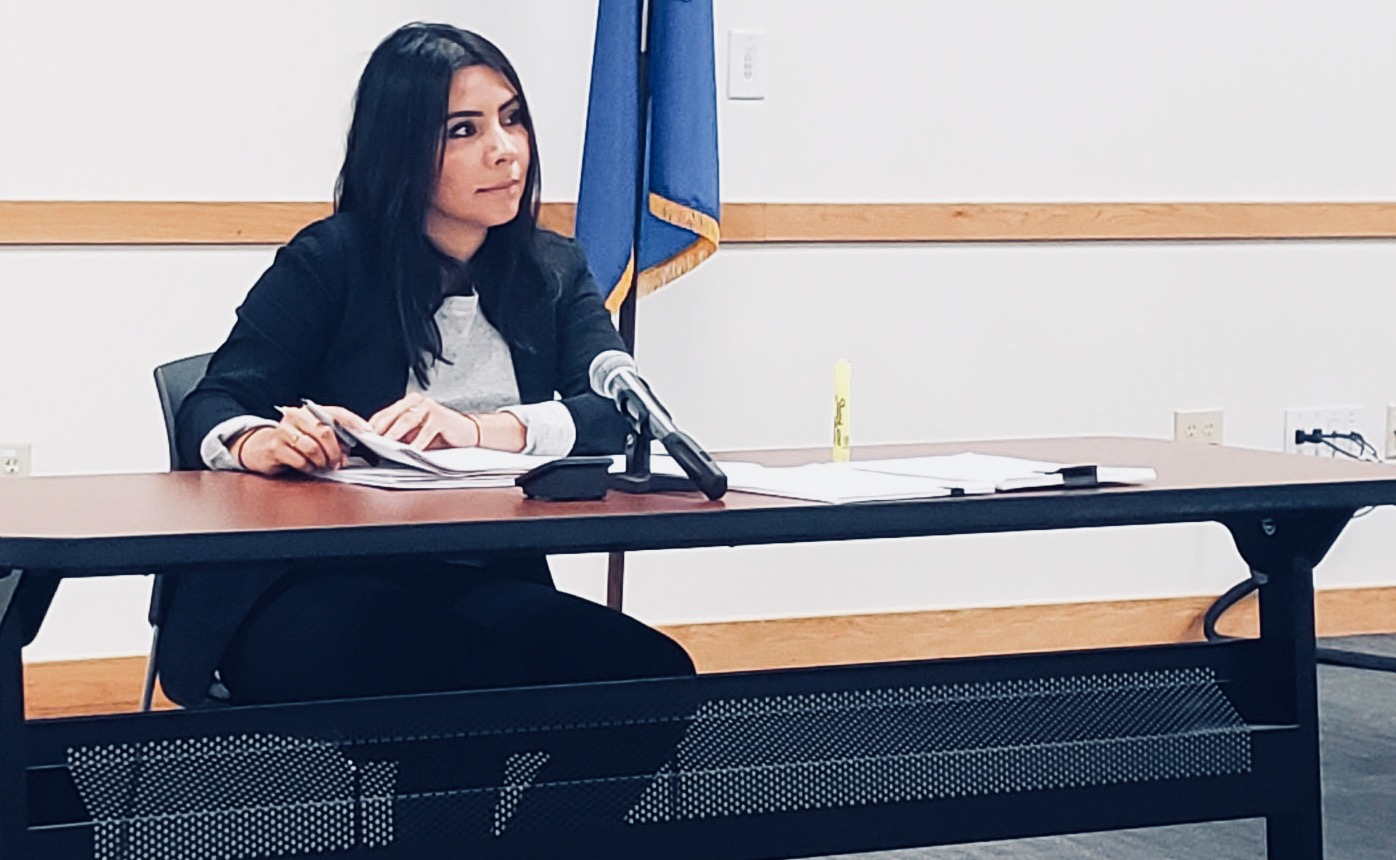 A decision on whether Griselda Aldrete will become the next executive director of the Fire and Police Commission might not come until September. (Photo by Edgar Mendez)

After two contentious community listening sessions, there’s still uncertainty over whether Griselda Aldrete, Mayor Tom Barrett’s choice to become the next executive director of the Milwaukee Fire and Police Commission, has enough support from the Common Council to get the job.

“I have no clue as to whether they will appoint me,” Aldrete said during the first listening session Tuesday at the UMOS corporate office, 2701 S. Chase Ave. The other session was held on the North Side. Aldrete said she’s met with 12 council members.

“I’m a huge supporter,” Borkowski said. “She came across to me as a very genuine and real person.”

Several others are still undecided.

“At this point, I do not know enough about the candidate or community reaction to the candidate to have a position on her nomination,” Ald. Robert Bauman said in an email to NNS. He added he plans to meet with Aldrete in August.

Ald. Russell Stamper shared a similar sentiment when asked whether he had met with Aldrete and if he supported her nomination.

“No, I haven’t. And I won’t know until due diligence is done,” Stamper said.

Ald. Bob Donovan has met with Aldrete but has not made a final decision, his legislative assistant Patty Doherty said. Ald. Khalif Rainey also said that he’d met with her and is still undecided.

Other council members contacted by NNS could not be reached for comment.

On Monday, July 29, there will be a special meeting of the Common Council’s Public Safety and Health Committee. Aldrete’s appointment is the only item on the agenda.

A move to delay appointment

Borkowski said he believes there is a movement by some on the council to delay Aldrete’s nomination until September. The Journal Sentinel reported Thursday that there also is a push from the community to hold off on her nomination.

Barrett’s last two nominees have been rejected by the Common Council, and the commission’s previous executive director, La Keisha Butler, left the post in June.

The commission was established in 1885 and oversees all aspects of the city’s fire and police departments and sets policy. The commission also handles citizen complaints as well as appoints and promotes employees.

If approved, Aldrete would oversee the commission, which has six members, including Ann Wilson, whose term expired in 2017. Her position was never replaced. The commission is supposed to have seven members and one full-time executive director, according to the city website.

Aldrete, who has a law degree, serves as president and CEO of Hispanic Professionals of Greater Milwaukee.

During the listening sessions, community members have asked whether she plans to provide more oversight of the Milwaukee Police Department, including implementing  recommendations brought on by a lawsuit from the ACLU against the city over its stop-and- frisk policy.

“There are things I plan to monitor to make sure we are compliant with the settlement,” Aldrete said.

Jarrett English, senior field organizer of the ACLU of Wisconsin, said he has concerns over whether Aldrete is conducting enough outreach to those most affected by issues such as police misconduct.

“It’s imperative that the Fire and Police Commission be directly connected to the community and not rely on others to find out what the real concerns are in our city,” English said.