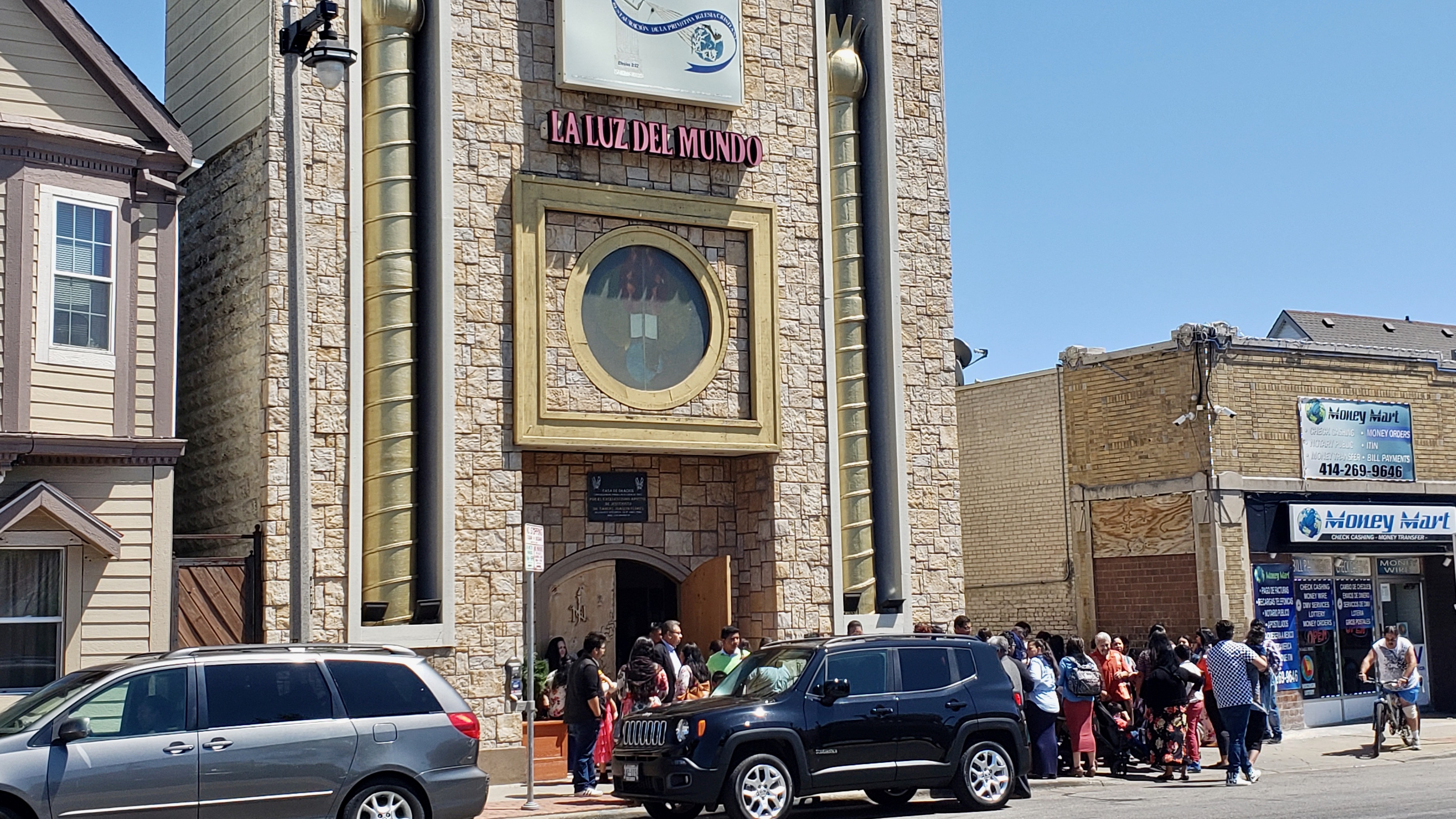 La Luz Del Mundo church on Milwaukee’s South Side has removed a controversial banner featuring Naasón Joaquín Garcia, who was arrested and charged in California in June with child rape, human trafficking and other crimes. (Photo by Edgar Mendez)

After weeks of controversy and an order from the city, a banner featuring the leader of a Mexico-based megachurch who was arrested and charged in June with child rape, human trafficking and other crimes has been taken down.

The controversy exploded after a Facebook post criticized local church leaders for displaying a banner featuring Naasón Joaquín Garcia, the leader of La Luz Del Mundo, an organization with over 15,000 churches, including one at 1316 S. Cesar E. Chavez Dr. 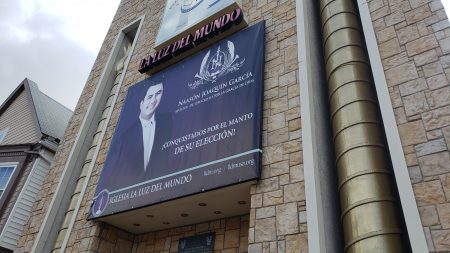 The Department of Neighborhood Services ordered the church to take down this sign by July 31 because it violated municipal signage laws. (Photo by Edgar Mendez)

Despite the public outcry, church officials refused to take the banner down, comparing Garcia’s arrest and prosecution to the false persecution of Jesus Christ while defending his innocence. That angered many South Side residents, some of whom threatened on social media to take the banner down themselves or deface it.

An inspection on June 11 by the Department of Neighborhood Services, spurred by resident complaints, found the banner violated the municipal ordinance for exterior signage limits. The church was given until July 31 to take the banner down or face prosecution or daily penalties ranging from $150 to $10,000.

The church has removed the banner at the church and a similar banner on the side of the building at 1570 W. Greenfield Ave. that houses La Luz Del Mundo Family Services.

Church officials declined a request for further comment. Garcia is being held in California and has been denied bail.

Edgar is a senior staff writer for NNS, where he anchors coverage of the South Side, public safety, health and politics. You can email him or call (414) 604-6397.