You are here: Home / Home / Carousel / ‘I need this country to be better for my children’: Milwaukee mothers rally for racial justice
Share this... 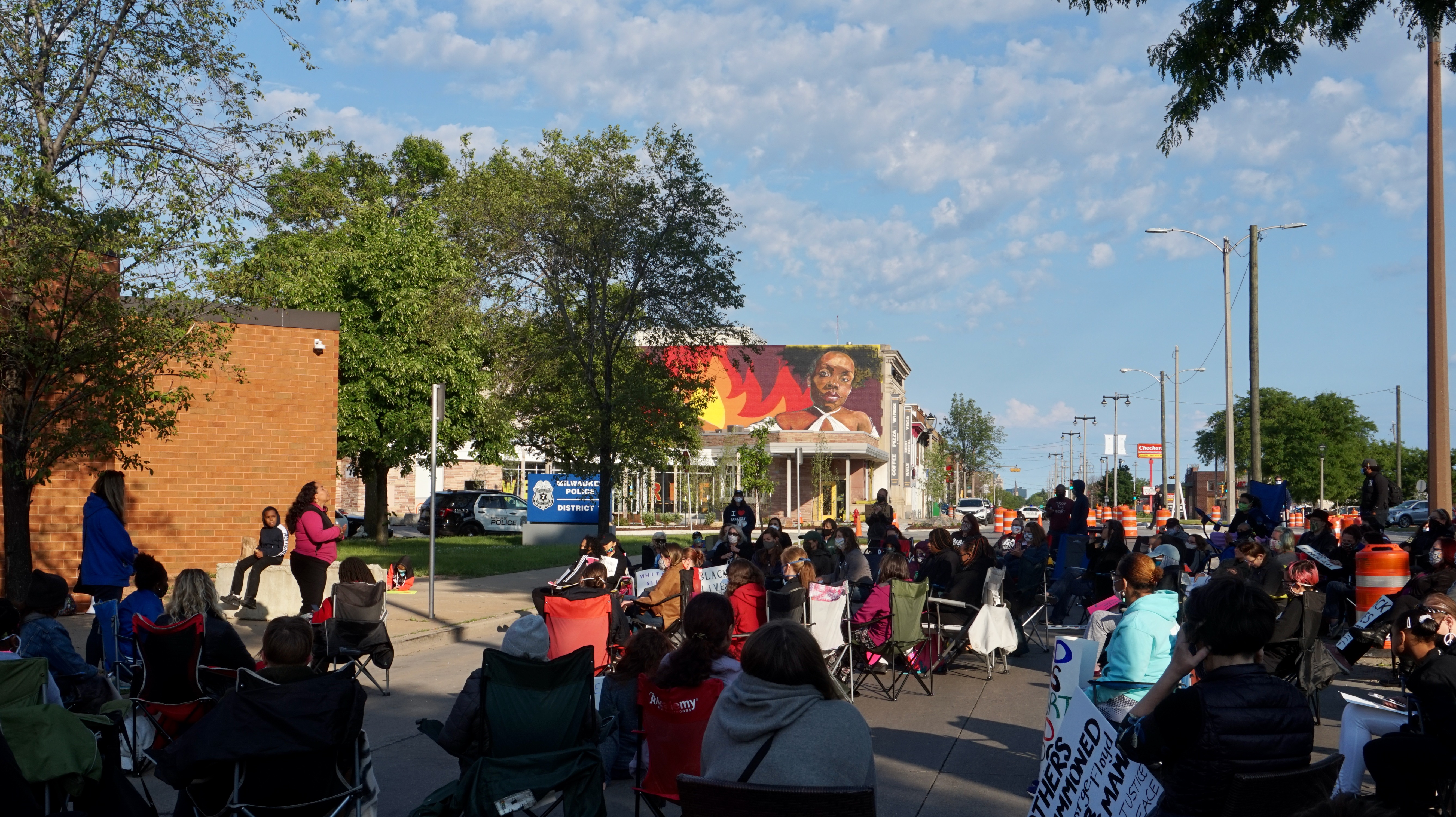 Mothers gather outside the District 7 police station for a “Mad Moms” rally. (Photo by Bridget Fogarty)

Darrian “Dee-Dee” Davis, a Lincoln Creek resident, first talked to her son about police brutality when he was 3 years old and saw a news clip of a man being killed by officers.

So when protests began to engulf Milwaukee and other cities across the nation after the death of George Floyd, she knew she had to participate. And she wanted her son, who is now 8, to join in as well.

She quickly discovered the larger protests were not kid friendly. The youth-led marches created challenges as well because they  were not “mama friendly” because participants moved too fast, she said.

What Milwaukee needed, Davis decided, was a space for mothers and their children to protest. On Friday night, Milwaukee mothers turned out in full force outside District 7 of the Milwaukee Police Department on West Fond Du Lac Avenue.

Mothers of all ages and races sat in front of the precinct for two hours.

“Regardless of the circumstances, all mothers can relate to each other because we all want what is best for our children,” Davis said. “And I want them to see us united.”

Maria Hamilton, the mother of Dontre Hamilton, who was shot and killed by a Milwaukee police officer in 2014, attended the protest. 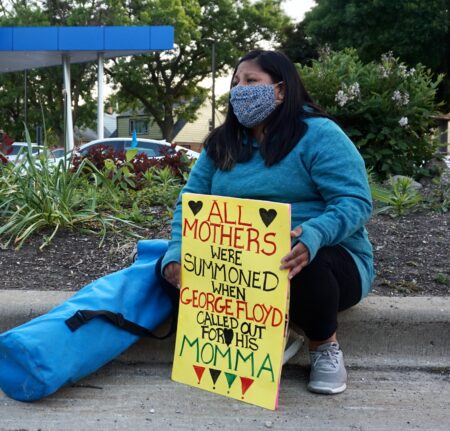 Mothers from across the area came together Friday during the “Mad Moms” protest to call for an end to police brutality. (Photo by Bridget Fogarty)

“Before the death of Eric Garner, Sandra Bland, Mike Brown or George Floyd, there was the death of Dontre Hamilton here in our own city,” she said. “What took you all so long to get mad?”

Since her son’s death, Hamilton founded Mothers for Justice United, which advocates for and supports mothers who have lost children because of violence.

Sandy Williams, a Menomonee Falls resident, has a 22-year-old son and a 14-year-old daughter.

“Every time I see these murders on the news, I am devastated,” she said.

Friday’s “Mad Moms” protest was the first such event Williams has been able to attend.

“I am here not because I want to be, but because I need this country to be better for my children,” Williams said.

Emily Schoenfelder, a Riverwest resident and mother who attended the protest, came with supplies to make posters as well as food and drinks for the crowd.

“As parents we have a responsibility to educate our children,” she said. “Not only for their sake but for the sake of those they will cross paths with.”

Dasha Kelly Hamilton shared her experience with other moms.

“My daughter is all grown up now and has been attending protests the past few weeks,” said Milwaukee’s poet laureate.  “My child stood with your child, and the police tear-gassed the peaceful crowd. They gassed my baby.”

She urged the mothers to have real talks on race with their children.

“Santa Claus and the tooth fairy – you handled those great,” she said. “Now tell these truths to.”