You are here: Home / News / Arts and Recreation / NNS Spotlight: As America grapples with racist past, leader of America’s Black Holocaust Museum looks toward the future
Share this... 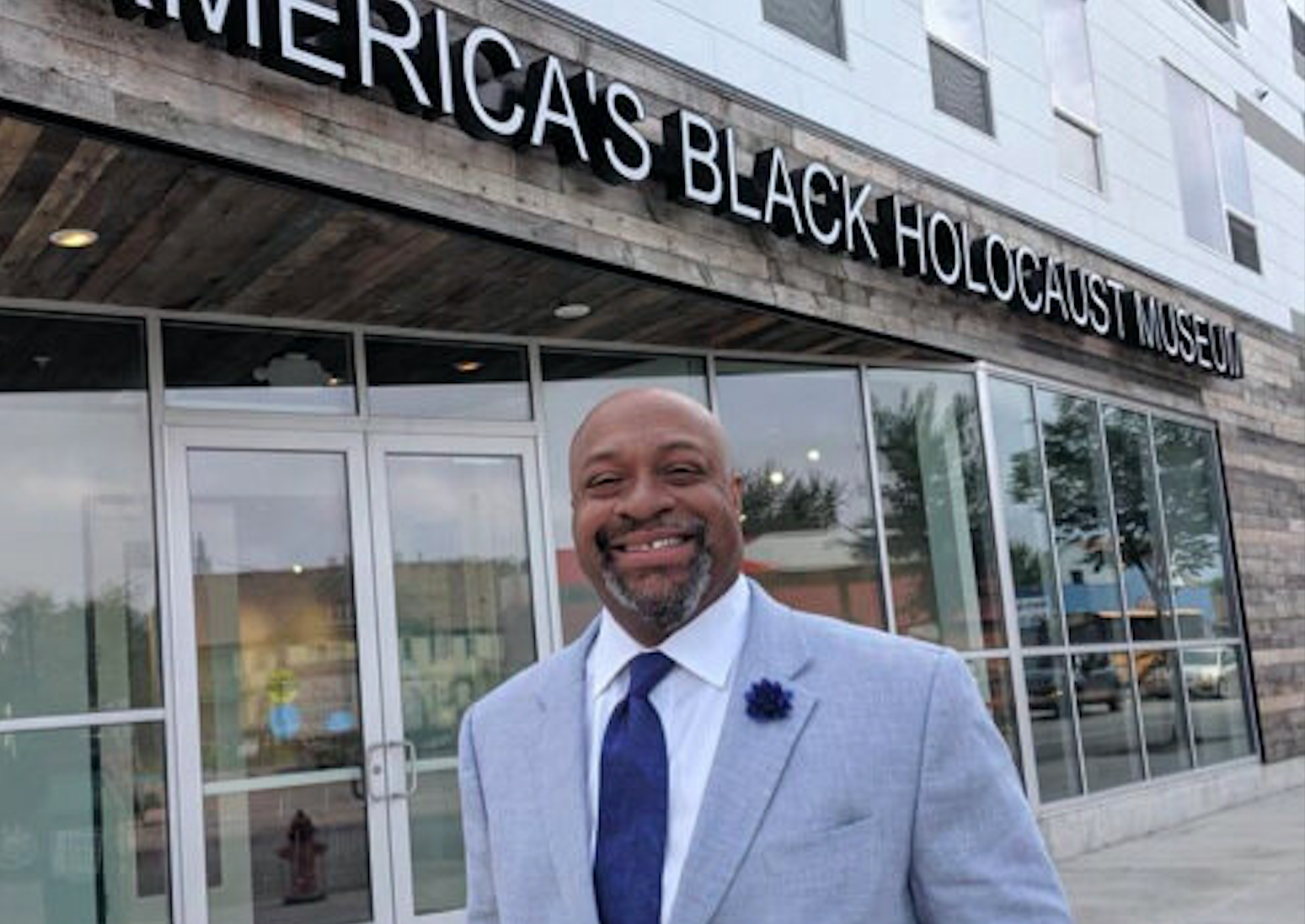 Dr. Robert Davis, who grew up in Illinois and later led the Zoological Society of Milwaukee County, hadn’t planned to return to Milwaukee.

In fact, he initially wanted to move somewhere with a warmer climate. But when the right opportunity arose, Davis came back to the city.

In this time of debate and protest over America’s racist past, his institution is particularly well suited to deepen the discussion.

America’s Black Holocaust Museum began in 1984 in a storefront under the leadership of James Cameron. In 1988, the museum moved to a larger space where it remained until its doors closed in 2008. Four years later, the museum went virtual.

Thanks to the dedication of volunteers, the museum once again has a physical space, which was built on the footprint of the original museum.

Davis wants to reopen the museum in 2021 but is more focused on its recently relaunched digital space and social media presence.

A veterinarian by training, Davis served as a research fellow at the Smithsonian National Zoological Park and later, a supervisory veterinary medical officer. In 1997, he was the director of education and external relations for Zoo Atlanta. From 2001 to 2005, he worked as the vice president of education at the Lincoln Park Zoo in Chicago before being named president and CEO of the Zoological Society of Milwaukee.

During his time with the Zoological Society,  Davis forged connections with people of various backgrounds and economic standings.

“I really got to know Milwaukee,” Davis said. “I love Milwaukee; otherwise, I wouldn’t have come back.”

Robert Smith, a history professor at Marquette University and a volunteer with the museum, said one day Davis asked him to join a Zoom meeting. Smith was immediately plugged into a national network of leaders.

Smith, who helped interview Davis for his current job, said Davis was the best choice for leading the museum.

“It became clear that he could be someone who could bring the institution to the future and [that] he understood the importance of the museum in Milwaukee,” Smith said.

Davis noted that the pandemic and this year’s social unrest exposed the inequities and injustices plaguing America. People are reaching out and ready to learn, he said, and the museum’s digital space is providing that opportunity.

“A lot of what he talked about is still relevant,” Davis said.

Brad Pruitt, an executive consultant with the museum, said Cameron wanted the museum to be a cornerstone for understanding current challenges.

In case you missed it: A legacy of resistance: Historical resources for understanding local and national protest movements