You are here: Home / Home / Carousel / NNS Spotlight: She’s writing a new chapter for Black-owned bookstores in Milwaukee
Share this... 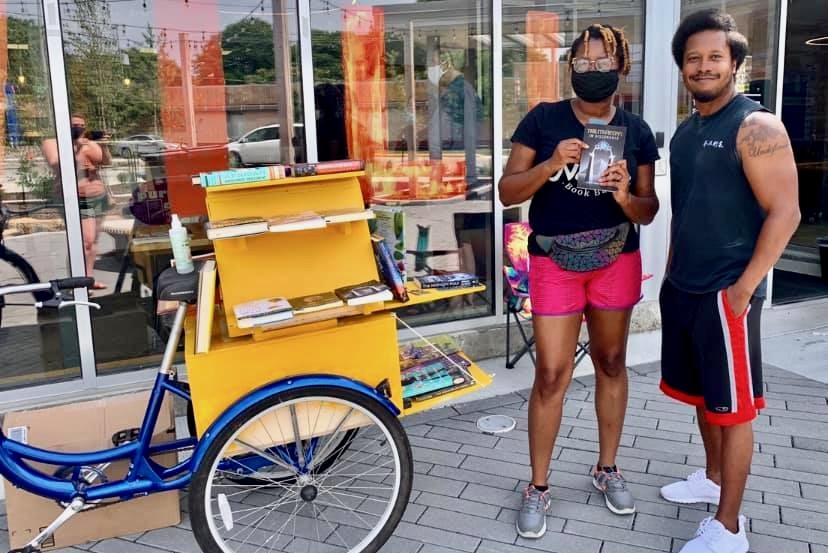 The Niche Book Bar is a relatively new staple to Milwaukee’s scene.

From farmers markets to neighborhood parks to local hubs such as the Sherman Phoenix or Alice’s Garden – the book bar has been almost everywhere with no intention of stopping anytime soon.

Currently, the bookstore is a bike with a display case attached, but there are plans for a brick-and-mortar store in the future.

Cetonia Weston-Roy, 27, officially launched the Niche Book Bar earlier this year, but the idea came to her several years ago. The niche is Black literature by Black authors, both local and national.

“It’s needed for us to see ourselves positively and wholly in everything that we do,” she said.

While her son took a nap, Weston-Roy enjoyed a book and a glass of wine. As she read, she thought that there should be a bookstore that doubled as a wine bar. She tweeted out her idea and went back to reading.

As time went on, the idea continued to ferment and with the closing of The Reader’s Choice, the last Black-owned bookstore in Wisconsin in 2018, Weston-Roy decided to make her idea into a reality.

“It’s been very positive,” she said. “There’s been a lot more attention than I thought.”

Angel Bell, a local Milwaukeean and author, said the Niche Book Bar is making it convenient for Black people to engage with Black literature, especially during this historic time. It coincides with the Black Lives Matter movement and is something that is really needed in the community, Bell said.

Bell first heard about Weston-Roy while reading an article about literature.

“Her purpose and reason for starting the bookstore sparked my interest,” she said. 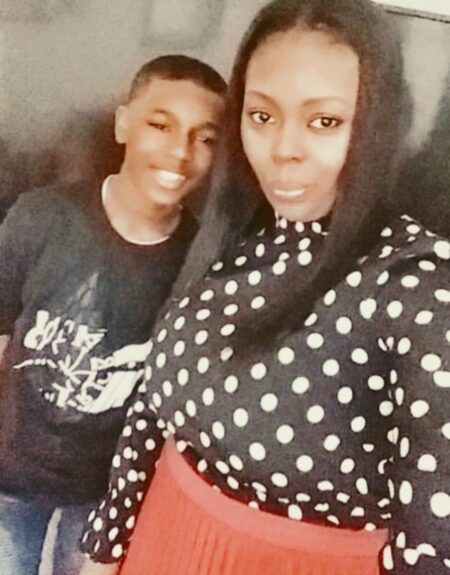 Angel Bell and Cameron Fry are working on their second book about Cameron’s drowning experience. (Photo provided by Angel Bell)

“I found there were more authors than I originally thought,” she said. “And I know there are many more.”

Her goal was to not only promote local Black authors but also to encourage people to read books with Black protagonists where the main topic wasn’t trauma. Books by award-winning science fiction author Octavia Butler were among the first she read that featured Black people as the main characters.

“It should be normal that you’re featured and reflected in books,” Weston-Roy said.

Weston-Roy said she wanted to read a book and see herself, a young Black woman, represented, so she started reading books by Black authors.

Lewis Charles Lea Jr. is a member of the Black Authors Collective. His book, “Trilithaeons: In Dissonance” is featured in the local authors’ section.

Lea’s novel follows the protagonist Alexis on her time-traveling journey to discover why the residents of Glass City live a pain-free life. The cover was designed by a Rufus King High School graduate, Desharr Saddler. The story, which parallels Lea’s own journey, is about self-discovery and the rejection of exterior labels.

“I wanted to do it [write a book] as a kid but the outside world stopped the process,” he said, adding that he got the motivation to finish the book from his sons.

Lea, who works in education, was looking to connect with local authors as part of an initiative to get students to read more. While on the hunt, he encountered Weston-Roy who was hosting an event at Coffee Makes You Black, 2803 N. Teutonia Ave.

She was open and enthusiastic, Lea recalled. When he heard about the Niche Book Bar, Lea loved the idea.

“I right away tried to get my book on the shelf,” he said.

Bell said Weston-Roy’s commitment to including and spotlighting authors on the Niche Book Bar Facebook page encouraged her to ask Weston-Roy about joining the book bar and being spotlighted.

Bell and her son Cameron Fry, 13, co-wrote the book “Why Bully Me?” about Cameron’s experience with bullying in kindergarten. The book took about two years to write and was published on June 1.

She said Cameron wanted to write the book to spread awareness about bullying and prevention methods.

“The reality of what he faced can help someone else,” she said.

3. How a bike became a bookstore 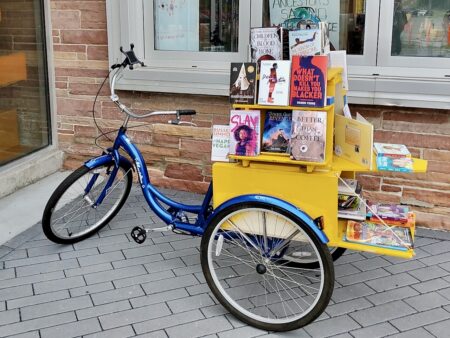 The Niche Book Bar is currently a blue bike with a wooden yellow display case attached on back.

The case holds over a dozen books for all age ranges.

Weston-Roy chose a bike as her mode of transportation because of budget. Although she initially planned to open a brick-and-mortar store, the coronavirus pandemic slowed down funding.

The bike has been a blessing in disguise and has allowed her to attend events such as farmers markets and ride through various neighborhoods and connect with more people.

During one of her first ventures, she went to Carver Park, where a little girl wanted to look at the books. Another time, a woman gave her a children’s book about wearing a mask, and yet another time she spoke with someone about how Black protagonists are missing from literature and always cast as the slave.

It is something inspiring that has never been seen before, Lea said, and it showcases books not found in large bookstore chains.

“I think it’s important for Milwaukee because we learn through stories,” he said. “Sometimes when you hear stories from your own area, it’s inspiring.”

One of the books available at the Niche Book Bar is Weston-Roy’s own book, “The Misadventures of Toni Macaroni in The Mad Scientist.” The book’s protagonist, Antoinette Macarthur, otherwise known as Toni Macaroni, is based on Weston-Roy and follows Toni as she tries to avoid eating her dad’s cooking.

Weston-Roy recently launched a Kickstarter to raise funds for a brick-and-mortar store. Her plan is to open the bookshop in Bronzeville, where she plans to serve wine and start genre-based book clubs.

The book selections continue to grow, and Weston-Roy started book subscription services for children and adults.

Bell, Cameron and Lea are all working on their second book.

Bell and Cameron plan to write a book about Cameron’s drowning experience. Lea’s second book follows some of the characters in the previous novel but isn’t necessarily a sequel. For now, he’s focusing on finding beta readers to read his draft and give him strong feedback.

Weston-Roy continues to encourage everyone to read.

“One of the best ways to inform people and get empathy is to read,” she said.