You are here: Home / Home / Carousel / NNS Spotlight: New name, same mission: How one organization is lifting up Milwaukee residents
Share this... 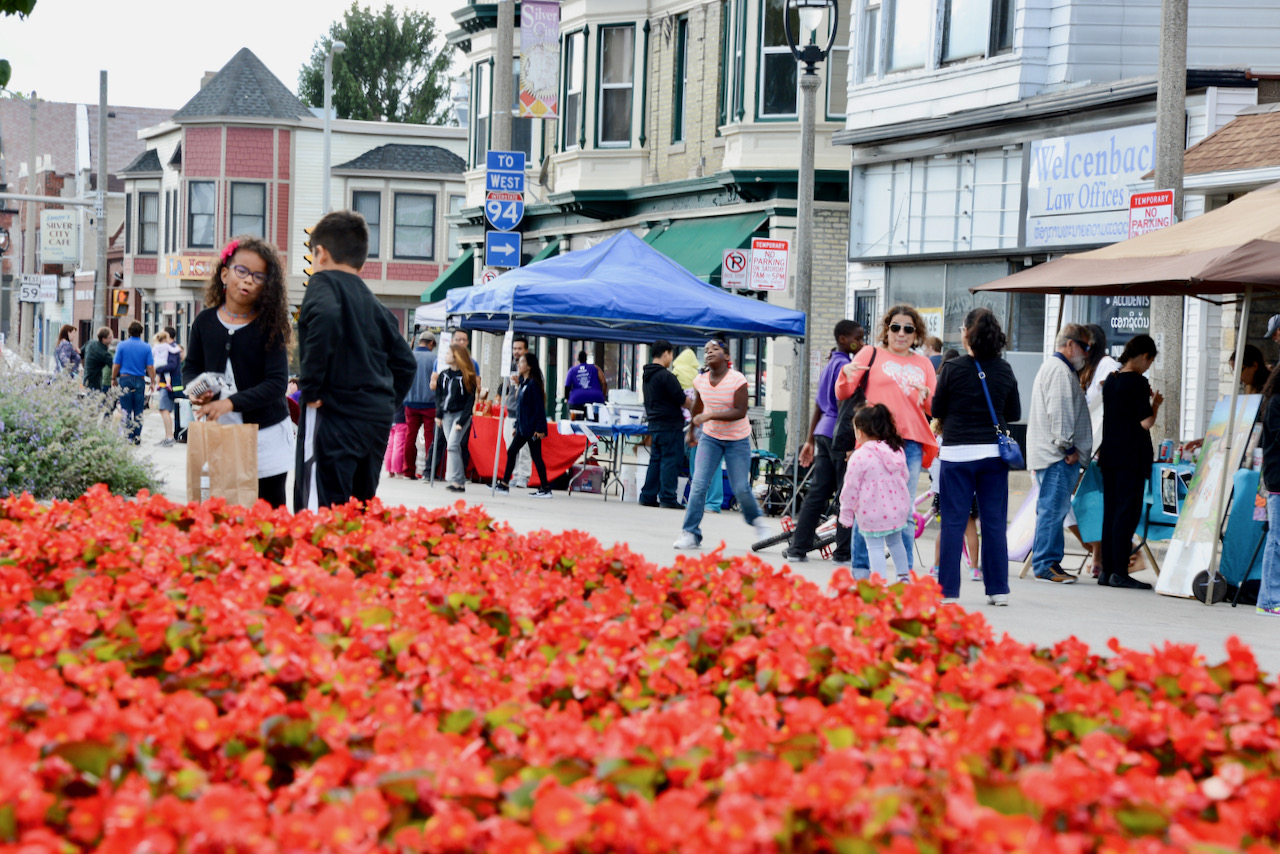 VIA is a community development corporation that serves residents in Silver City, Layton Park and Burnham Park. This photo was taken before the pandemic. (Photo provided by VIA)

Editor’s note: This article has been updated to clarify the name of the JP Morgan Chase Foundation.

When Gavino Martinez Rosas, a Silver City resident, wanted to start his own business, he turned to VIA, a nonprofit organization formerly known as Layton Boulevard West Neighbors, for help.

VIA, 1545 S. Layton Blvd., began in 1995. A community development corporation that works with the residents of Silver City, Burnham Park and Layton Park, it focuses on affordable housing, economic development and grassroots leadership.

“There was difficulty in remembering the name and the name not honoring the work we do.” Celia Benton, the economic development director, said. “We wanted something that was easier to remember and more appropriate for our Spanish-speaking population.”

The group explained that the word “VIA” (road, or route) in Spanish signifies forward movement and connection, which relates to its overarching goal: to connect neighbors to the resources they need to build a strong and equitable community. 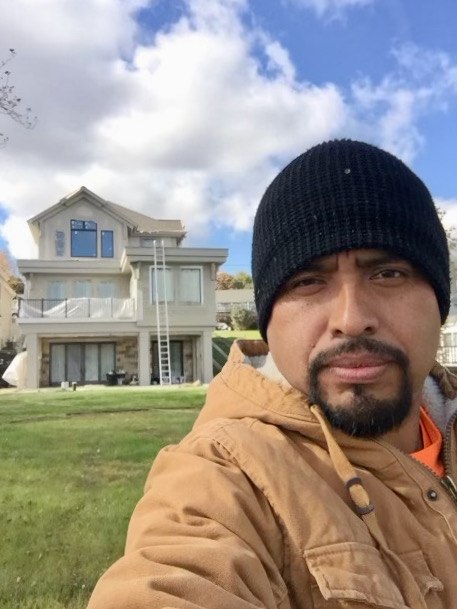 “We exist because it is very clear that not every neighborhood in Milwaukee through its history has had equitable access to the many great resources that are available in other neighborhoods of Milwaukee,” Benton said. “We exist to help connect neighbors and give voice and leadership to neighbors in order to have access to these resources and create communities that they want and deserve.”

Martinez Rosas, for example, had years of experience as a painter and the passion to create his own business, but he needed the resources to build his skill set as a business administrator, Benton said.

The organization helped him create a business plan for his business, Gavino’s Painting LLC, 821 S. 37th St., Martinez Rosas said. His company paints both the interior and exterior of buildings.

“I believe VIA is important because it helps new entrepreneurs and small businesses in the community,” he said in Spanish.

Alejandra Gonzalez, a VIA board member and resident of Silver City, first encountered VIA during a neighborhood cleanup several years ago. She’s been involved in the group ever since and joined the board two years ago.

When Gonzalez started her business Artesanía LLC, she turned to VIA. With VIA’s support, she turned her idea of selling unique and handmade artisanal products from Mexico into a viable business. Currently, she runs the business out of her home. 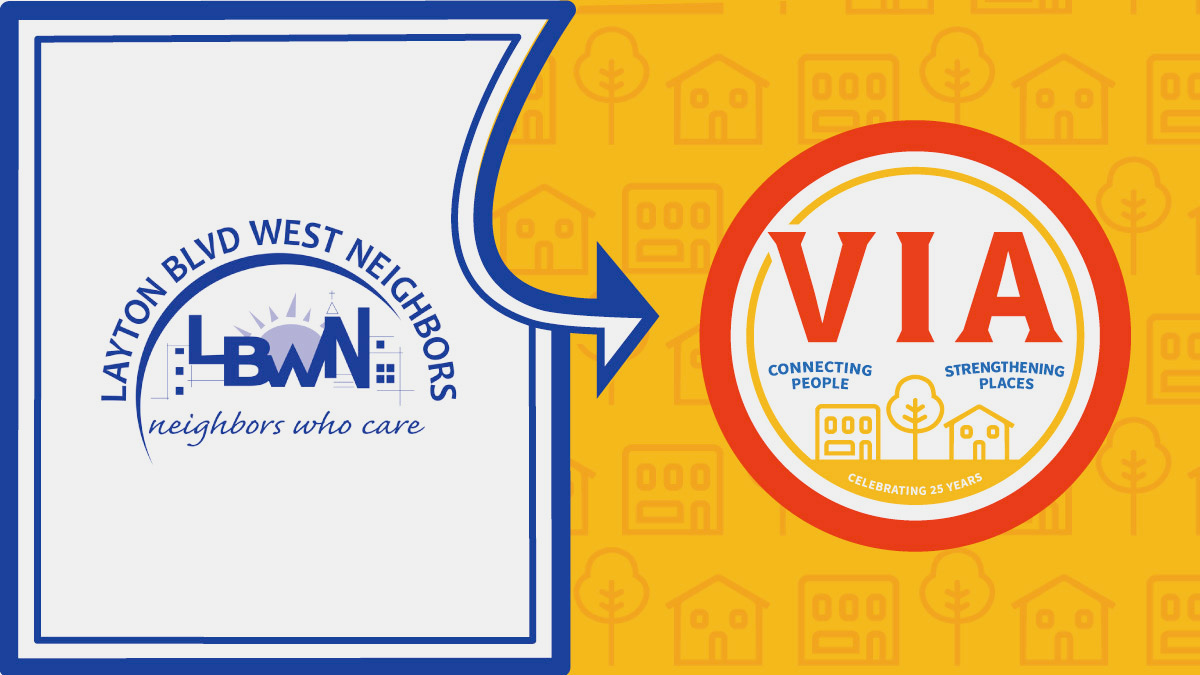 The nonprofit organization, which began in 1995, announced its name change from Layton Boulevard West Neighbors to VIA last year. (Image provided by VIA)

Benton, who has been with the organization for over five years, said VIA’s economic development program is split into three sections: small business technical assistance, overall neighborhood vibrancy and financial well-being.

It’s critical that the business community reflects and supports the neighborhood around it, she said.

The 3500 block of West National Avenue had a ton of potential for growth, Benton said, and many neighbors expressed the desire for a diner.

With help from its partners, the organization purchased and renovated the space, which had been vacant for nearly a decade. Currently, it rents the space to Leticia Muñoz, who also owns Michael’s Family Restaurant, 2220 W. Wisconsin Ave. The hope is that Muñoz will be able to purchase the building within five years.

Benton said VIA encourages community-oriented businesses. For example, if a neighbor owns a commercial building, she is more likely to take care of it versus someone who doesn’t live in the neighborhood, she said.

The organization, she said, has seen challenges crop up because of the pandemic.

“It’s been really hard,” Benton said. “The pandemic has exacerbated preexisting inequities in communities. Entrepreneurs without digital literacy or a Social Security number don’t have access to all of the resources that have been offered by the government or other entities.”

VIA and its partners, including the Zilber Family Foundation and the JP Morgan Chase Foundation, have provided financial resources to small businesses.

“It’s about being a champion for the life of their business,” Benton said. “We have to be cognizant of how COVID-19 continues to impact the businesses in the neighborhood and being able to support them based on what happens. I’m making sure that I continue to advocate for their needs, financially and beyond, so they can survive through this and thrive.”

This story is part of an  occasional series that highlights groups and people worth knowing in Milwaukee. To nominate a person or a group, email info@milwaukeenns.org and put “Spotlight” in the subject line.