You are here: Home / Home / Carousel / What you need to know about the Feb. 16 MPS school board election
Share this... 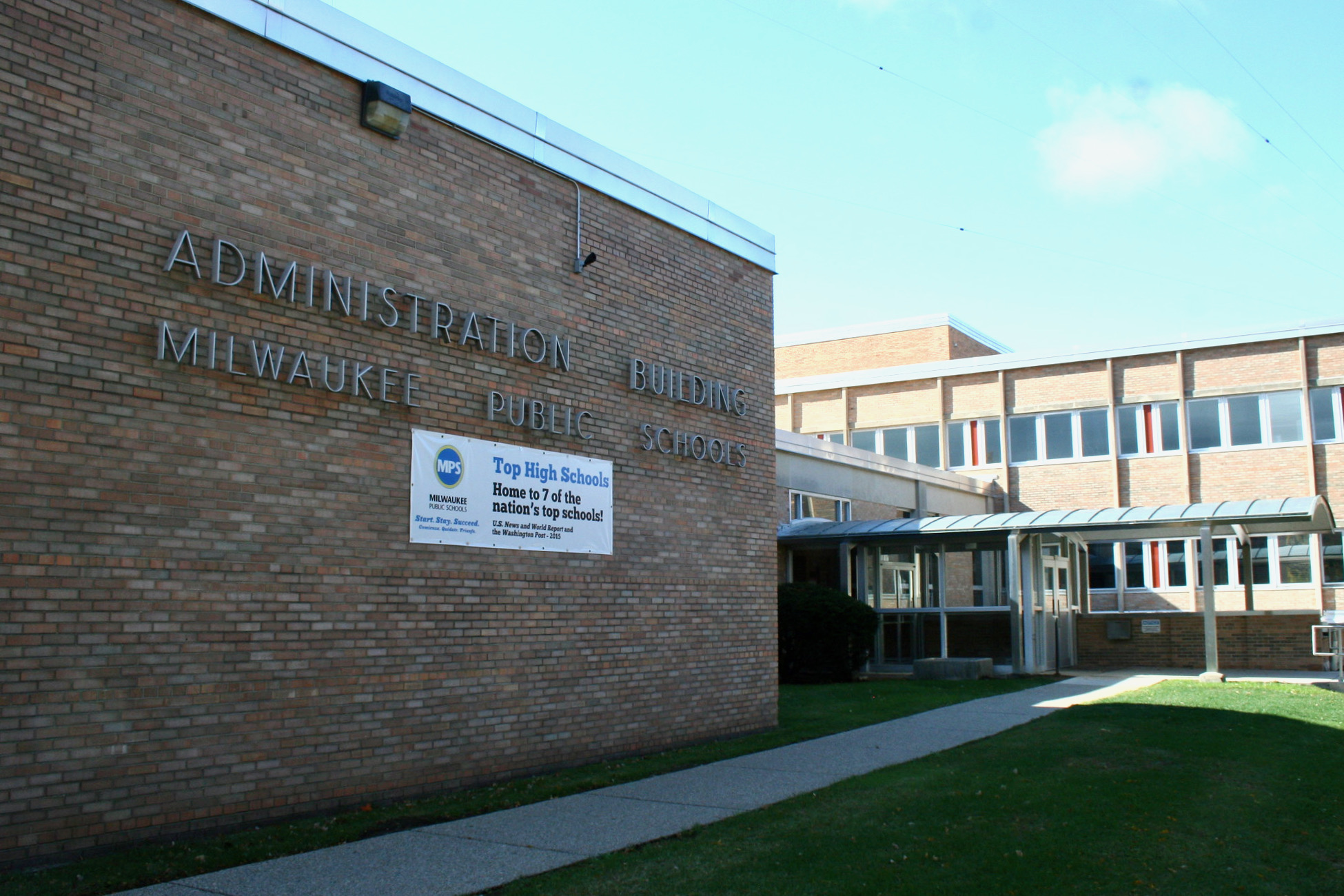 The MPS Central Office building, where the Milwaukee Board of School Directors met before closing due to COVID-19 (File photo by Jabril Faraj).

In less than three months, the Milwaukee Board of School Directors will look very different, as four of its nine board members are stepping down at the end of their terms in April.

Who will replace them will be decided in the upcoming primary election on Feb. 16 and the general election April 6.

The Milwaukee Board of School Directors, or school board, sets and approves policy for MPS schools. The school board also approves the MPS budget each year, which is currently about $1.2 billion.

You can see what is on your ballot in the February primary here.

Why are four of nine school board directors stepping down?

Four school board seats are up for reelection this spring, and all four directors currently in those seats are stepping down. Three of those directors are stepping down voluntarily, whereas District 4 representative Annie Woodward filed to run again but failed to get her nomination papers certified.

The other three directors’ reasons for not seeking re-election  including wanting to create space for fresh ideas to pursuing other interests.

Who is running for the open seats?

Abbie Fishman, Jilly Gokalgandhi, Kahri Phelps Okoro and Alex Brower are vying for the open seat in District 5, which represents downtown, the East Side, Riverwest and Harambee.

Articles profiling each of the candidates in Districts 4 and 5 will be published later this week.

Marcela García and Henry Leonard are running unopposed in Districts 6 and 7, respectively. Because they are unopposed, they will not be participating in the primary in February but will be on the ballot in April’s general election.

What has the school board done recently?

One of the most visible decisions taken by the Board of School Directors is to keep almost all MPS students in remote learning. This comes as large city school districts across the country have begun to reopen in-person classes.

In the last year, the board has cut all but one contract with the Milwaukee Police Department, allocated spending from a successful referendum in April, and overseen MPS’ effort to address disproportionate disciplining of Black male students. The board has also renewed charters for several MPS charter schools, though there is controversy around the board’s decision to renew some charters for three years instead of five.

What are some major upcoming challenges for the school board?

In addition, outgoing 6th District Director Tony Báez said that incoming board members will also have to manage the initiatives of outgoing board members. This includes his bilingual initiative, which would ensure a bilingual education is available for every MPS student.

“The board needs to bring in new minds and fresh ideas,” Báez said. “But that doesn’t mean what’s on the table right now will be going away when they arrive.”

Is the teacher’s union backing any candidates?

Yes. The Milwaukee Teacher’s Education Association, or MTEA, has endorsed Leonard in District 7, Kelley in District 4, and  Brower and Fishman in District 5. The union did not endorse anyone in the District 6, where Garcia is running unopposed.

MTEA’s endorsement has proven vital to winning a seat on the school board in recent years, as every winner of the 2019 and 2017 school board elections was endorsed by the union.

In a Feb. 2 news release announcing the endorsements, MTEA president Amy Mizialko said the union is endorsing those candidates due to their expressed commitment to public schools.

“”MTEA has endorsed four candidates who have a deep connection to the MPS community and who have displayed a sincere desire to ensure MPS students have the opportunities they deserve,” Mizialko said.