You are here: Home / Home / Carousel / Community groups, Milwaukee leaders once again at odds over plans to expand I-94 East-West Corridor
Share this... 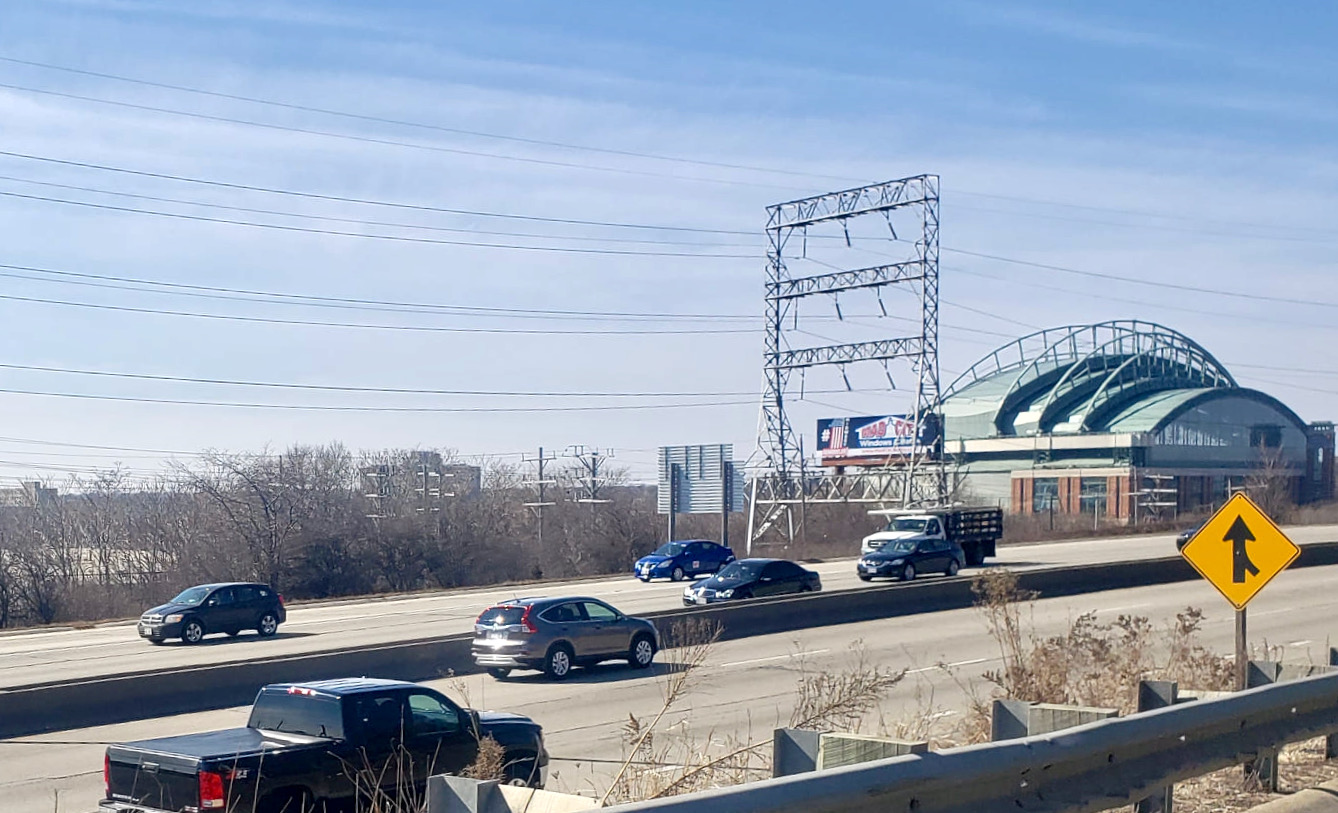 Traffic has decreased since the pandemic began, causing some city and community leaders to question the need to expand the I-94 East-West Corridor. (Photo by Edgar Mendez)

Opponents are once again lining up against the Wisconsin Department of Transportation’s plan to expand the I-94 East-West Corridor from 16th Street to 70th Street.

Their concerns include whether an expansion of the freeway is necessary with traffic down since the pandemic began, the environmental impact of the project and whether it is equitable to communities of color in Milwaukee.

Some of those same groups spoke against the plan in 2016, before then-Gov. Scott Walker shelved it. The current $1.1 billion project, most of which would be covered using federal funds with the rest coming from the state, sat dormant until Gov. Tony Evers revived it in July.

The project would involve expanding a section of the freeway from six to eight lanes and other engineering changes and would take three years, said Brien Bliesner, WisDot project director for the Southeast Region Design Team.

Bliesner said the plan would increase safety and traffic flow for the many Milwaukee area travelers who use it and would connect two recent highway projects — the Marquette and Zoo interchanges. It would also create jobs, he said.

Is an expansion needed?

Ald. Robert Bauman, who sits on the Common Council’s Judiciary and Legislation Committee, is against the plan. He said the pandemic has changed many aspects of everyday life, one of them being fewer people on the road. Bauman and others contend that spending funds to expand the freeway while traffic has decreased is unnecessary.

Ald. Michael Murphy, who also sits on the Judiciary and Legislation Committee, said he believes reductions in traffic patterns will continue even after the pandemic ends.

“I don’t think it’s temporary. Working from home will be much more pronounced for residents of Southeastern Wisconsin,” Murphy said.

Bliesner acknowledged that the pandemic has changed traffic patterns, but he said that section of the freeway is still heavily used.

“It’s in the range of 140,000 to 160,000 cars a day,” he said. “It’s a very important economic driver for the city and provides access to several different neighborhoods.”

The City of Milwaukee remains on the record in opposition to the plan. Bauman and others have asked the Federal Highway Administration, or FHA, to reject the state’s plan to go forward with construction.

In 2016, the city also asked the FHA to halt progress on the project by rescinding its Record of Decision, which green lighted the opportunity to seek federal funds for the project. The Department of Transportation is asking for that decision, which was based on findings of an environmental impact study used in 2016, to be reissued. This would again open the door to seek federal funds.

“At minimum they need to do a new environmental study to justify the Record of Decision, which was based on a document that is at least five years old and used data from 2013 and 2014,” Bauman said.

Transportation officials said their justifications to expand that section of the freeway remain the same: high traffic volumes, an antiquated engineering design and crash rates that are much higher than the state average.

Milwaukee Inner-City Congregations Allied for Hope, or MICAH, is among the groups that have voiced opposition to the project.  Joyce Ellwanger, secretary of MICAH’s Transportation Task Force, said transportation officials have not taken account of the impact of the plan on people of color and those who live in poverty.

Instead of another freeway project, which she said had historically displaced and negatively impacted communities of color in Milwaukee, more public transportation and other alternatives should be explored. MICAH was also outspoken against the original plan when it was first announced in 2012, according to Ellwanger.

Bliesner said he wants residents of Milwaukee to know that this project was created to benefit them.

“About 75 to 76 percent of this traffic is coming from within this corridor,” Bliesner said. “It’s not just Joe Suburbanite using this road, it’s someone from Holly Road or someone that lives on the east side and works at the VA in Milwaukee.”

MICAH has raised equity concerns before with another freeway project. MICAH and the Black Health Coalition successfully sued the state in 2012, winning a $13 million settlement after judges agreed that the $1.7 billion expansion of the Zoo Interchange discriminated against urban minorities in Milwaukee. Those funds were used to create JobLines bus routes that connected area residents to jobs in Waukesha County. Those routes were later canceled — damned in part by a lack of support from the suburban counties’ and low ridership.

Ellwanger said original plans to reconstruct the freeway outlined several alternatives to a full reconstruction, and that those ideas should be revisited. Her group is also calling for a new environmental impact study that looks at changing traffic patterns, pollution and issues around equity.

“Who are we considering to be of value and who is going to benefit from this expansion,” Ellwanger said.

Environmental groups Milwaukee Riverkeeper, 1000 Friends of Wisconsin, Wisconsin Environment, and Sierra Club Wisconsin have also publicly opposed the project, echoing MICAH’s equity concerns while also stating that the project would increase pollution and stormwater flooding. Some unions and other groups, however, have expressed support, including the Wisconsin Laborers’ District Council and Iron Workers Local 8.

“They’re spoon feeding everybody with their propaganda,” Bauman said.

As far as what happens next, both the city, DOT officials, and groups including MICAH are awaiting a decision from the FHA. One thing is clear. This issue will not be resolved soon.

“What MICAH is saying is it’s time to stop,” Ellwanger said. “We want the money spent wisely and equitably.”