You are here: Home / Home / Carousel / NNS Spotlight: One store, 25 entrepreneurs: The story of Wisconsin Curated Creations
Share this... 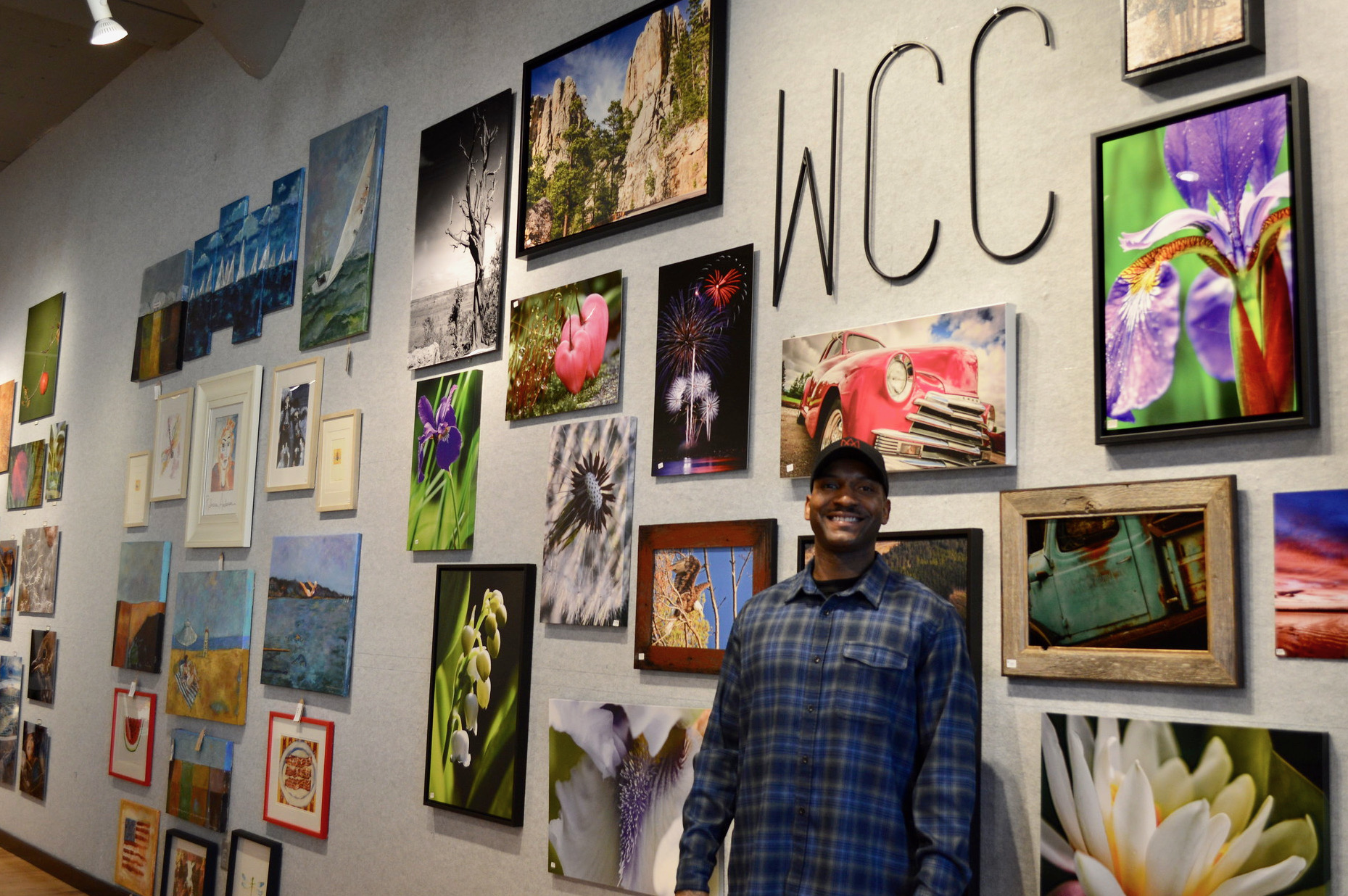 Bruce Riley and his wife, Danielle Carter-Riley, are the visionaries behind Wisconsin Curated Creations, a store that provides space for local entrepreneurs and artisans to sell their goods. (Photo by Ana Martinez-Ortiz)

Wisconsin Curated Creations isn’t the typical store you would expect to find at a mall.

Located at 2500 N. Mayfair Rd., Wisconsin Curated Creations is owned by the husband-and-wife team of Bruce Riley and Danielle Carter-Riley and began in 2019 when Carter-Riley had a pop-up shop at Mayfair Mall for her business, Beaded Vision Jewelry. During that time, the couple noticed an empty space upstairs.

Carter-Riley said they thought “it would be pretty amazing to try to expand the brands of other local artisans that have maybe had the same struggles we’ve had.”

So the couple emailed mall management and pitched their idea for Wisconsin Curated Creations, a place for local artisans and entrepreneurs to sell their items. The mall agreed and gave them a one-month trial run. Several weeks in, the general manager visited the store and offered them a larger and permanent space at the front of the mall.

Wisconsin Curated Creations officially moved to its current location in September 2019. Since then, it has grown from nine locally owned businesses to 25.

“Once we got established, it kind of fueled our fire to help out the community and bring other entrepreneurs into the space,” Riley said. “Within our community we have a lot of talented people, but they may not have an outlet to open their own store. It’s good to help people that need our help.”

Since then, the couple has opened two Beaded Vision Jewelry locations and is looking for space for another Wisconsin Curated Creations. 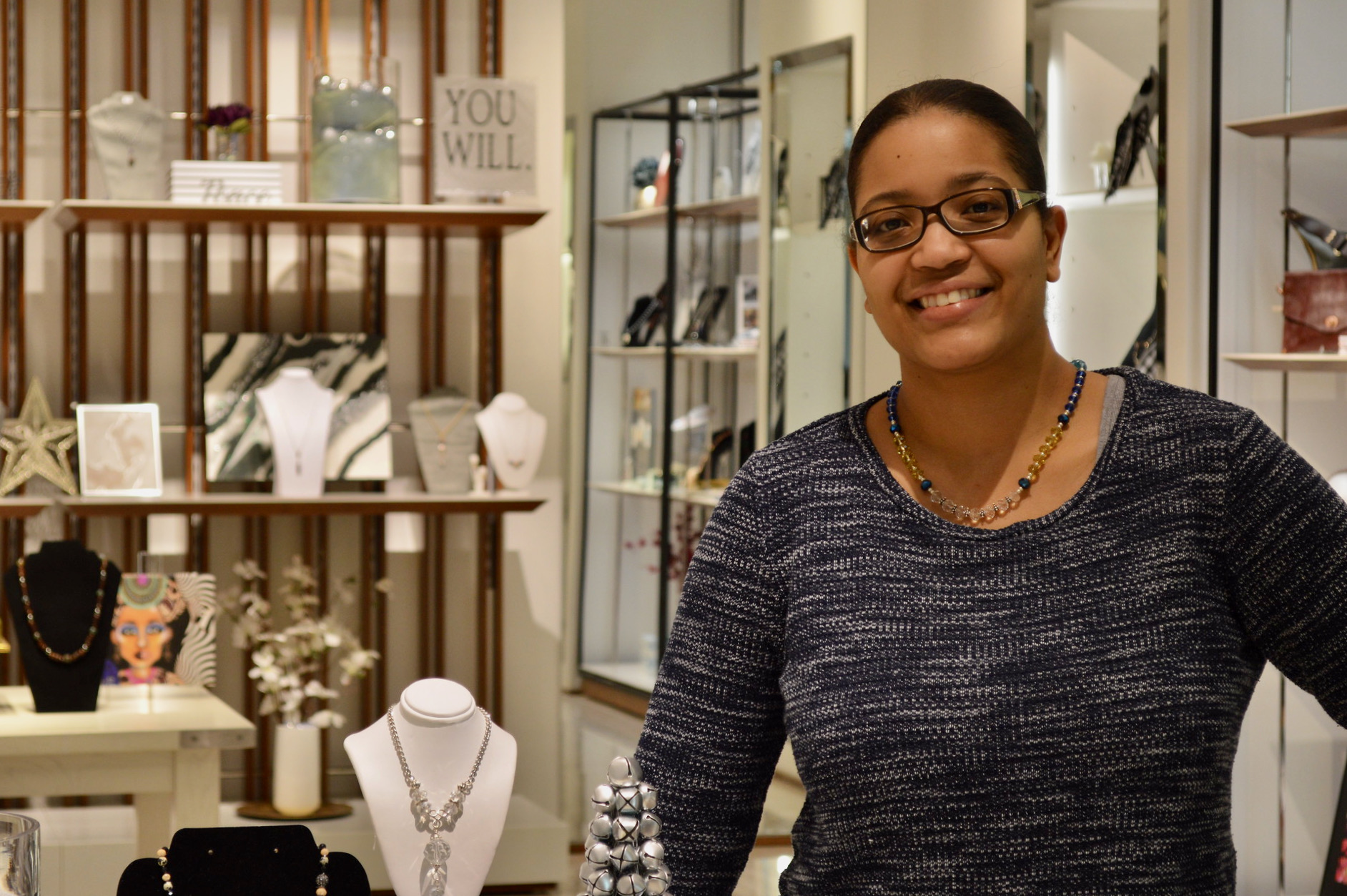 Danielle Carter-Riley says she considered going into the jewelry-making business after a co-worker bought a necklace off her neck. (Photo by Ana Martinez-Ortiz)

The road to entrepreneurship

Like many other artisans, Carter-Riley had grown accustomed to doing trade shows, craft fairs and open houses. She began making jewelry nearly 20 years ago, but first considered it as a viable business around 2008, after a co-worker bought a necklace she made — literally off Carter-Riley’s neck.

“Anyone that’s done trade shows can understand how difficult they can be,” Carter-Riley said.

A brick-and-mortar store has been a blessing, she said. Customers know where to find the brands they like, and the artisans simply restock their products while the store handles the sales.

Pamela McCreary of At Peace Design and her daughter Jamila Riley of J. Riley (no relation to Bruce Riley), an accessories brand, are longtime friends of Carter-Riley. They were among the initial entrepreneurs to join Wisconsin Curated Creations.

In addition to having items at the store, McCreary and her daughter worked the cash register and helped their friends move to their new space.

“When they told us that they got an offer, that a bigger space was available, we were all super excited,” McCreary said. “We knew it was going to be great.”

Like Carter-Riley, McCreary was used to doing trade shows, farmers markets and festivals. When she wasn’t working the store, she was running her booth.

“Having worked at the WCC and working so closely on making that happen really helped us know what to do here,” McCreary said. “It was very helpful to have worked there, work the cash register – all the behind-the-scenes things you need to do that you don’t think about.”

Although the pandemic has prevented McCreary and Jamila Riley from hosting events, they’ve been able to focus on building the brand and creating product, which can be found at both locations.

“We’re a family,” McCreary said. “We’re doing this together. You got to help each other. … the only way you can be successful is if you’re growing; then you reach down and bring someone with you. So, we’ll always do that.”

‘A wealth of knowledge’

Carter-Riley said she is most proud of the family they have created at Wisconsin Curated Creations, and that everyone is willing to share.

“We have 33 different small businesses that we work with,” she said. “It is like a wealth of knowledge and experience and information that we get to have within our family and give to others.”

It’s not just about retail, Carter-Riley said, but connecting the community to resources.

From job fairs to food drives, the couple finds ways to give back.

“I really just want people to make a conscious decision on how to spend their money and how their purchases matter,” she said. “There’s so much talent within your local cities. Just take a few minutes to look around and research and support, whether or not it’s financial. Find ways to make a difference in your community.”

In case you missed it: Causey’s Career Corner: How COVID-19 forced 4 small-business owners to think big