You are here: Home / Home / Carousel / LIVING LEGENDS: Reuben Harpole’s secret: Be true to the day you were born
Share this... 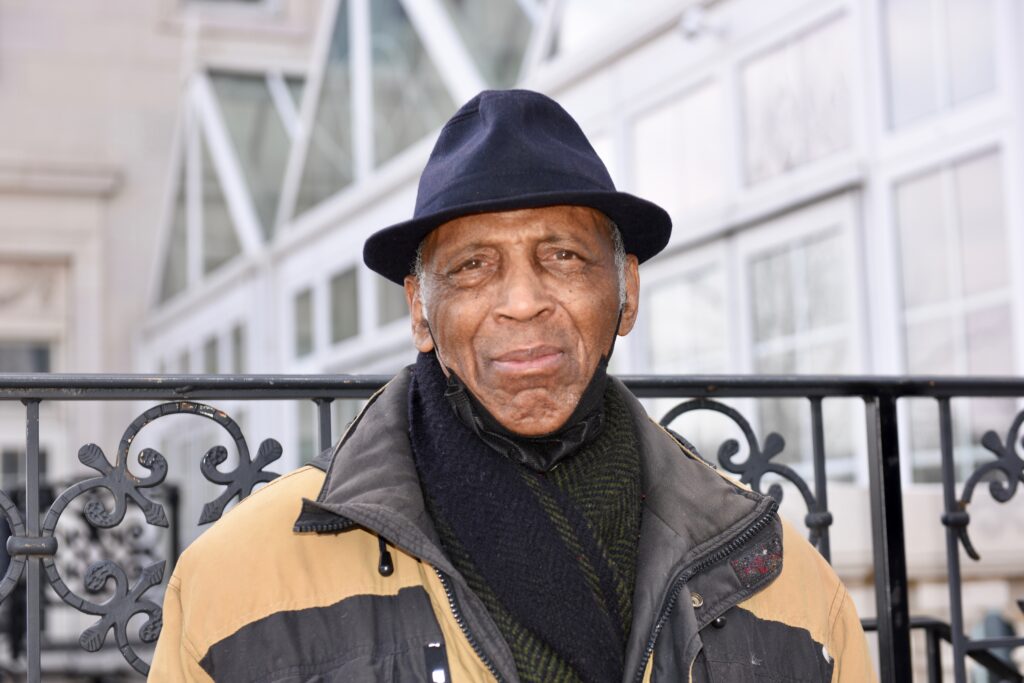 Retired from a long career of advocating for and connecting with the people of Milwaukee, Reuben Harpole is still sometimes referred to as the unofficial mayor of Milwaukee. (Photo by Sue Vliet)

This is the first in an occasional series of stories that honor members of Milwaukee’s vibrant senior community.

He’s never been elected, but many in the community call Reuben Harpole the mayor of Milwaukee.

After all, Harpole has long been known as one of the best-connected people in the city.

“The ‘mayor of Milwaukee’ was more than a nickname,” he says. “It wasn’t by accident that I got it.

Harpole, 86, grew up in the Lindsay Heights and Harambee neighborhoods and became an administrator in the UW-Milwaukee School of Continuing Education. He later served as an executive with the Helen Bader Foundation.

Harpole says his late wife, Mildred, nudged him into taking a bigger role in civil rights and community work in Milwaukee.

Together, the two had founding roles or involvement in many of the organizations that serve Milwaukee neighborhoods today, such as Central City Teacher Community Project, the Community Brainstorming Conference and the Children’s Performing Arts group, which eventually became the Ko-Thi Dance Company.

The man who knows everyone

“He was a walking Rolodex,” remembers Ferne Caulker, the founder of Ko-Thi dance company. “He knew everyone, and he knew how to contact them.”

Homeless advocate MacCanon Brown, a friend of Harpole’s, says he has a way of bringing people into action and consciousness.

“He often says, ‘We are who we’re waiting for,’” Brown says. “Meaning, we the people can solve our problems — and he has and continues to live by that.”

Harpole says he learned how to connect with people after taking a trip to Ghana, where he learned about African rites of passage.

One tenet is that a person’s character is governed by the day of the week in which he or she is born.

He believes this confirms he was meant to help people.

“Unless you know who you are and what your purpose and meaning in life is all about, you’ll have problems — in school, in the community,” he says. “Most people who have made something of themselves know who they are, and they can’t be maneuvered into something else.”

Harpole and his friend Anthony Mensah brought the Rites of Passage program to Milwaukee Public Schools in 1980. The project marked life stages — in this case, from boyhood to manhood.

Harpole says one of the first tasks for participants was finding out the day of the week they were born. “That goes back thousands of years in the culture of Ghana,” Harpole says. Each day of the week has a characteristic — those born on a Monday are peacemakers; Wednesday, the “sweet messenger,” Saturday, “the ancient one,” wise beyond their years, he says.

He says he wished the Rite of Passage program had been expanded.

“Having these traditions in our schools would completely change the way children are educated for the better,” Harpole says.

Harpole’s daughter, Annette, who works as a real estate investment specialist, fondly remembers the occasional family vacations and trips to the park where her dad would grill.

“As a child, it was hard having such successful parents. I didn’t know how to appreciate it,” she  says. “For many people, their children are their focus, and our parents were out creating change for everyone. But as an adult, I’m extremely proud to have the parents I do.”

Harpole’s son, John, relocated to Los Angeles and is a financial consultant.

These days, Harpole spends his time educating people through interviews and serving others through his continued volunteer work.

After spending two weeks in the hospital last year battling COVID- 19, he stays inside as much as possible, only going out to meet friends for lunch once a week.

“I can’t really work anymore,” Harpole says. “I’m too old for that.”

Harpole says Milwaukee’s long history with racism is his least favorite thing about the city, but he believes education is the answer to that.

“One of my favorite quotes says the purpose of education is to keep the world from cheating you,” he proclaims.