You are here: Home / Home / Carousel / Community Collaborative Commission off to a slow start in work with MPD
Share this... 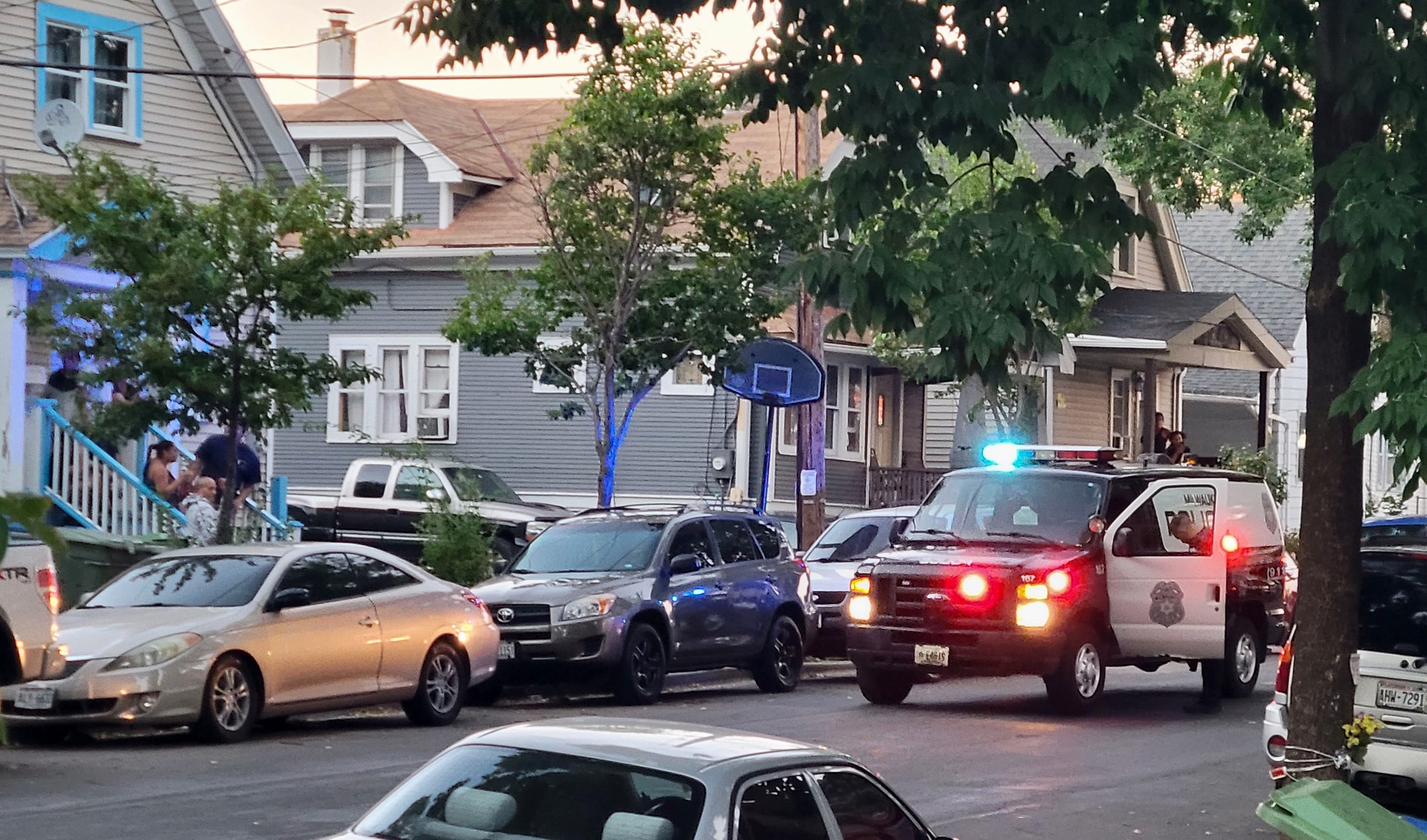 The Community Collaborative Commission is working with the Milwaukee Police Department on a plan to develop standards for community-oriented policing. (Photo by Edgar Mendez)

Since it held its first official meeting in June of 2019, progress has been slow for the Community Collaborative Commission, or CCC.

The commission was created after the leak of an incomplete report by the U.S. Department of Justice that criticized the Milwaukee Police Department’s engagement with the community and the civil unrest that followed the fatal shooting of Sylville Smith by a Milwaukee police officer in Sherman Park.

The commission’s main task has been to work with the Milwaukee Police Department on a plan to develop standards for community-oriented policing and to improve law enforcement practices in Milwaukee.

Completion of that plan has been the highlight of 2021, said Stephen Jansen, the commission’s co-chairman.

“We were able to work with the police department to revise the standard operating procedure for community-oriented policing for the City of Milwaukee,” Jansen said. “That document was something that was very important as a first step and actual written way of moving forward with police reform.”

Nicholas DeSiato, chief of staff for the Milwaukee Police Department, said the plan sets standards that will help improve community relations and public safety by promoting collaborations with police and others and creating positive interactions with the community

The plan calls for more interactions with the public throughout a shift; that officers notify a supervisor regarding problems in a neighborhood that may require a more in-depth problem-oriented policing approach; and for the department to establish relationships with resident groups, advocacy and community-based organizations and private businesses.

Other objectives that are meant to accompany that plan, approved nearly 10 months ago, have come along more slowly.

But the goal remains to support it with a communitywide safety plan, said Fred Royal, co-chairman of the CCC’s policy committee. That plan will include commitments by the MPD to hold listening sessions in the community, create memorandums of understanding with community groups and to take other steps to improve police/community relations, Royal added.

He said the listening sessions will help inform the safety plan by allowing residents to provide input on  their concerns and also recommendations on how police and residents can work together to solve them.

“All voices have to be heard so that law enforcement and the community are in support of this citywide safety plan,” Royal said.  “I think that it can occur.”

Coinciding with that effort, the CCC has also drafted a modified “use of force” policy it wants the police department to adopt, Royal said.

“That plan more clearly defines the limits of when you can use force,” Royal said.

DeSiato said the department has made progress on that front over the past year.  He said new de-escalation protocols, among other changes, have already been added to the department’s use-of-force policy.

Still, said Jansen, it’s important to have a legal template and training to structure how officers conduct themselves when engaging with residents, especially Black and brown communities.

“There’s a feeling of a PD that’s overbearing in the community and there’s no criminal activity or illegality that’s taking place,” Jansen said. “We need more fairness when it comes to policing.”

In July 2020, the leadership of the CCC accused the MPD of not working in good faith with them. Police, who were ordered by the Fire and Police Commission to help the CCC to develop a community-oriented policing plan, produced a first draft.  At the time, Royal called it a rush job and said it was “riddled with shortcomings that are contrary to the definition of true community-oriented policing.”

The relationship with the police has gotten more positive since then, although Royal is still critical of the pace at which plans are being carried out.

DeSiato acknowledged the delays, some caused by the changes in leadership after ex-Chief Alfonso Morales was ousted by the Fire and Police Commission. But he  said it’s been a positive to work with the CCC. He said the process has allowed CCC members and others to provide feedback and be part of a decision-making process that hasn’t typically included the community.

“We understand that there is more credibility when there is involvement by all sectors,” DeSiato said. “There are people that historically don’t trust the police and those that think the police do everything right, but the reality is more towards the middle of the spectrum.”

The CCC has also been hindered by challenges making quorum, which caused it to cancel several meetings in 2021. To address that situation, leaders have removed  the executive directors from Voces De La Frontera, Hmong American Women’s Association, the Milwaukee Islamic Dawah Center and the Milwaukee LGBT Community Center from the commission.

According to a draft of a resolution amending membership of the CCC, those groups stated that they did not intend to continue as part of the commission and were inactive. At one point, the commission had 16 members, although only 12 are currently listed on the city website.

Moving forward into next year, Jansen said he wants to see more accountability from MPD. He said he believes that the changes his group has proposed will create that.

“There will be new policies and new rules and more things documented that the police will be required to live up to,” he said.

He also said he wants the department to comply with the ACLU Stop and Frisk settlement. The Milwaukee Common Council approved a $3.4 million settlement in 2018 and mandated sweeping reforms of the department’s stop-and-frisk practices.

The latest report from the Crime and Justice Institute, which has been tracking the city’s compliance with that settlement, found that while there has been progress related to training and oversight, among other things, many of the stop-and-frisks and use-of- force incidents in Milwaukee were not justified with documentation.

DeSiato said his department has hired new staff to support reporting requirements. In addition, he said, new Police Chief Jeffrey Norman has made compliance with that settlement one of his top priorities.

Jansen said he, too, wants to see better results.

“What we have is a systematic failure of the MPD to follow through on its commitment,” he said. “I think this is all coming to a head.”