You are here: Home / Home / Carousel / ‘I’m so tired, but I can’t sleep’: For hospitalized COVID patients, some effects still linger
Share this... 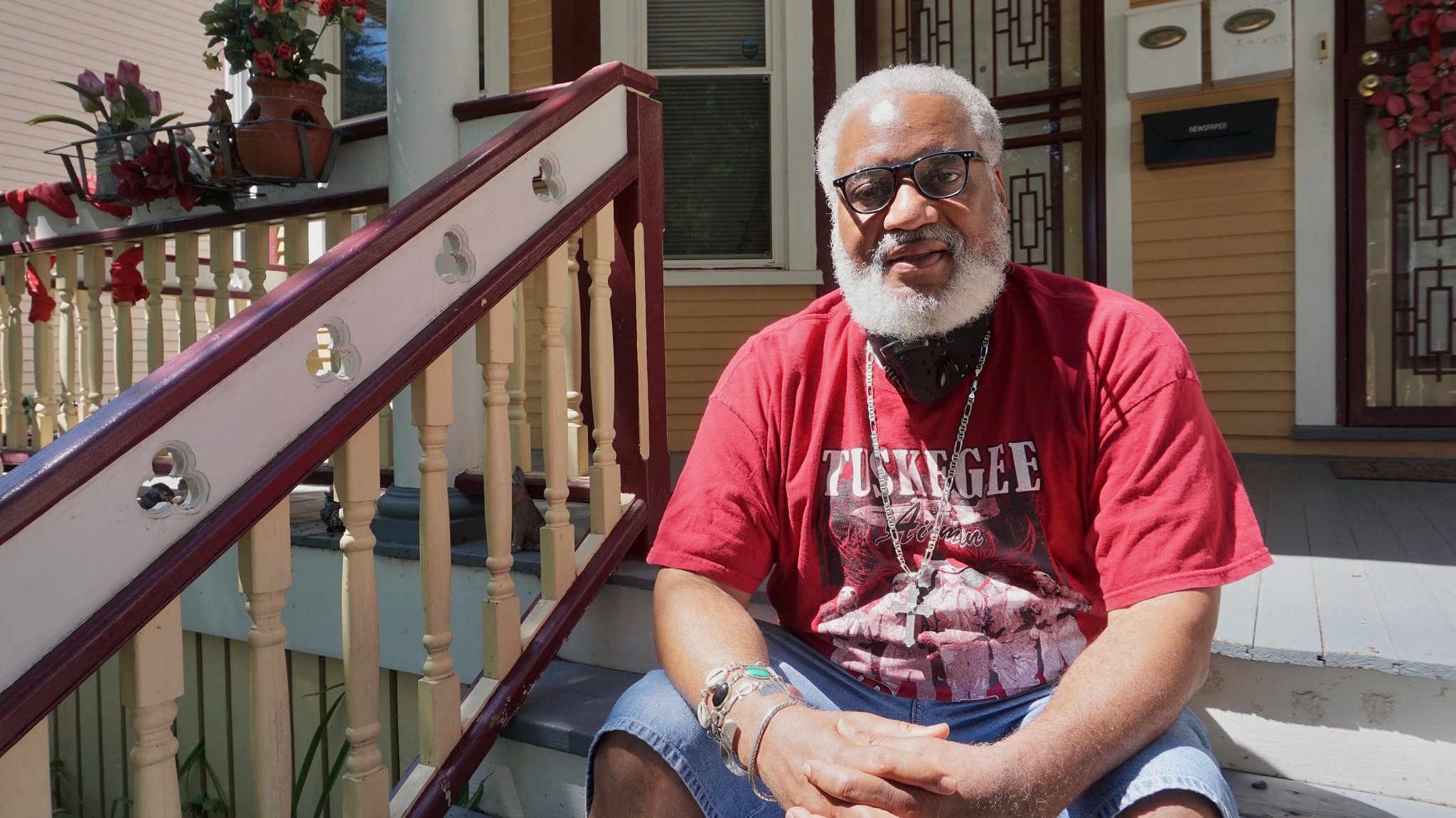 Pastor Greg Lewis was hospitalized in 2020 with a case of COVID-19 that nearly killed him. Like many others, he says the experience has stuck with him. (NNS file photo by Bridget Fogarty)

As the COVID-19 pandemic stretches on, those hospitalized with the disease are reporting another side effect: Post-traumatic stress disorder.

A study done during the height of the pandemic shows that 25% of those hospitalized with COVID-19 had symptoms of post-traumatic stress after their hospital stay as compared to 7% who were hospitalized with a non-COVID illness with similar symptoms.

Timothy Geier, director of outpatient trauma and acute care surgery psychology services at the Medical College of Wisconsin, said the findings mirror trends from other pandemics about post-traumatic stress disorder, or PTSD, in hospitalized patients.

Such cases also occur in those who are hospitalized in intensive care settings, he said. As of Jan. 18, nearly 94% of all ICU beds in Wisconsin were in use.

Patients who have COVID-19 also face isolation, he said. Because the disease is highly contagious, hospitals have needed to impose visitor restrictions, removing social support for patients. Not having people by their side during the hospitalization can increase the risk of PTSD, Geier said.

“Our psychological health and our physical health really are intertwined,” Geier said. “I think sometimes folks are reticent to acknowledge that connection but exploring with them in a non-judgmental way and normalizing these human emotions can really go a long way.”

The hospital experience itself can be difficult, too. Rebecca Quesada was hospitalized with COVID-19 in 2020.

Quesada described the scene: She was on a bed, hooked up to machines with a tube in her nose surrounded by people dressed in protective gear.

Quesada, who turns 67 this month, said her doctors were frank about her chances.

Pastor Greg Lewis, the founder and president of Souls to the Polls and Pastors United, two groups that unite faith leaders in Milwaukee to seek solutions for the Black community, has a similar story.

When he arrived at the ICU at Froedtert Hospital in late March 2020, doctors asked him if his affairs were in order and whether he wanted to be resuscitated if he went unconscious. The doctors told him that if he did become unconscious, there was a good chance they might not be able to bring him back.

Lewis, the assistant pastor at St. Gabriel’s Church of God In Christ, said he only slept about an hour a day for the duration of his seven-day hospital visit. Now, over a year later, he said he still can only sleep two or three hours a night.

“I’m so tired, but I can’t sleep ever since they told me they couldn’t bring me back if I did,” Lewis said.

Lewis, 63, has also had issues with memory loss and hasn’t fully recovered his sense of smell, something that still frustrates him to this day.

Lewis said he was offered a chance to talk with someone about post-traumatic stress after his hospital stay but turned it down, thinking he would be fine. Now, he wishes he had taken advantage of the opportunity.

Lewis said the experience gave him a “deeper appreciation for the fight” and strengthened his belief in God to pull him through. But he urged everyone to get vaccinated so they don’t face a similar bout.

“It kind of hurts when you’re in this condition: Feeling like you’re not as whole as you used to be,” he said.

PTSD: What to watch for

Emily Mazzulla, chief trauma and resilience psychologist for Scaling Wellness In Milwaukee, an organization that advocates for trauma treatment in the city, said there can be many indicators of PTSD.

Some of the more common ones are nightmares and intrusive thoughts about an event and changes in mood, including irritability or sadness. There also are physical symptoms such as a racing heart, increased sweat and clammy palms.

Thinking too much about the event or actively avoiding it can be an indicator, too. People may notice that they aren’t willing to talk about anything surrounding the event or avoid things physically like the hospital where they were treated.

“Trauma is often a result of a loss of that feeling of safety or control,” Mazzulla said. “For any therapy, whether it’s with a therapist or on your own, re-establishing that sense of safety is foundational.”

For a list of resources in the community, check out our previous NNS reporting.