You are here: Home / Community Voices / OPINION: Communities of color must stand united to win fair representation for all
Share this... 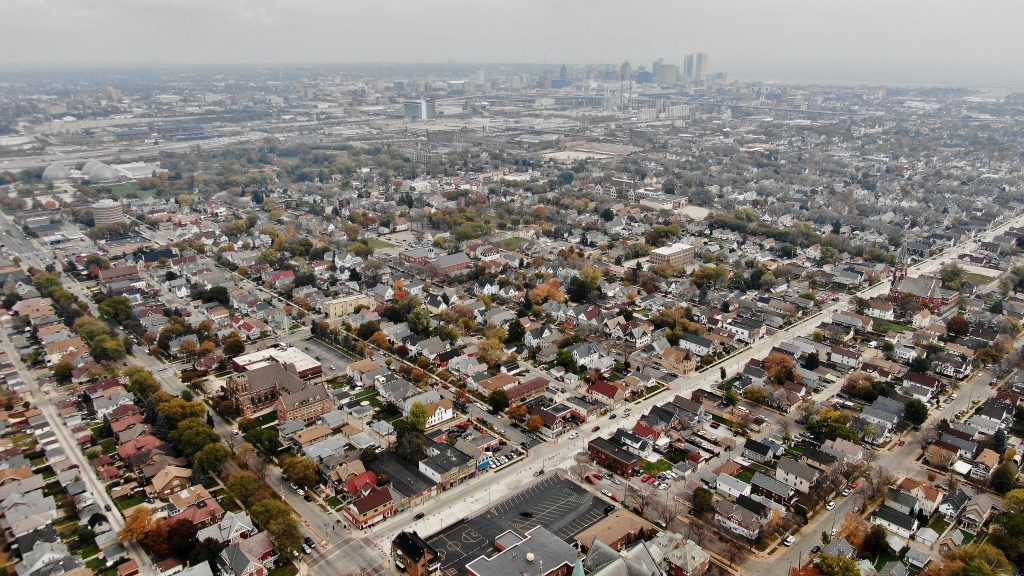 This is a response to an opinion piece by Janan Najeeb that mistakenly characterized the Latinx struggle for fair maps and equal representation in Milwaukee as a threat to Muslim voting rights or representation.

The struggle for the freedom of communities of color to have a fair and equal voice in our city can never be won if we allow ourselves to be manipulated by politicians who use the tactic of divide and conquer to pit one oppressed group against another.

On a personal level, I have deep respect for Janan and the Muslim organizations we have worked with, including the Islamic Society and Milwaukee Muslim Women’s Coalition. Voces has been one of the most outspoken and steadfast allies of the Muslim community in opposing harassment and discrimination fanned by former President Donald Trump’s hateful anti-Muslim policies and actions and fueled by the rhetoric of right-wing politicians.

Under the far-right Trump Administration, Voces de la Frontera fought and won welcoming policies to protect refugees, immigrants, Muslims and others in Milwaukee Public Schools, and linked forces with the Muslim community and others to win “sanctuary” protections in Milwaukee County. We have marched together and broken bread together, and that deep commitment to alliances will never change.

So it is in that spirit that I want to clarify why the demand, by virtually the entire Latinx community, for aldermanic maps that reflect the dramatic growth of our population over the past 10 years be recognized as an opportunity to advance a progressive agenda against the forces of hatred and division.

As the Journal Sentinel has frequently reported, one out of five Milwaukeeans are now Latinx. And, as former Mayor Tom Barrett said when he vetoed the Council map, aldermanic districts and the Common Council itself should reflect that growth.

In a majority people of color city, famous for racial disparity, the purpose in uniting voters of a similar demographic or racial group into a district is to give them the freedom to choose who represents them and ensure that their votes are not canceled out by a white majority voting bloc. That is precisely what Voces and our Latinx allies are seeking to accomplish in creating a third Latinx aldermanic district that would be proportionate to Milwaukee’s 20% Latinx population.

One of the maps that Voces proposed consolidated Milwaukee’s growing Latinx community south and west of the city into one aldermanic district (District 13), easily creating a majority Latinx population district of 52%. Other maps we submitted were even higher. The 13th Aldermanic District would also become a majority people of color district. This would have been an opportunity to build a multi-racial, multi-ethnic alliance between white working class voters, immigrants, refugees, Muslims and people of color at a time when far right extremism is more emboldened.

Instead, the status quo map that Alderman Scott Spiker supported and that the Common Council passed actually splits the Latinx community into two aldermanic districts at about 25% Latinx population each, diluting Latinx voting power and maintaining a majority white and conservative district.

One justification for the suppression of Latinx voting power is the criteria used for redistricting and voting rights litigation. The census and the American Community Survey is what we currently have to measure people by ethnicity and citizenship. We know this data is imperfect, especially when it was collected during a pandemic and under a hostile administration that relentlessly targeted both of our communities. Both Latinx and Muslim communities are undercounted.

Still, based on the data we had and in our conversations with Muslim leaders and members of Voces’ Redistricting Commission to try to find common ground, there was an acknowledgment that there was no concentrated majority of Muslims in any one ward. And while Janan and other Muslim leaders argue that the presence of businesses and institutions should be the basis for creating the boundaries of political districts, that’s just not the case. Districts are drawn based on people as voters and where they live.

That said, if there were a concentrated majority of Muslims, as there currently is of Latinx people, we would be in solidarity with the Muslim community advocating for a majority district that elevated their voice in government and would seek to form an alliance with them. That is why the Milwaukee Chapter of the NAACP stood with Latinxs because they have fought for civil and voting rights for the Black community and understand the importance of this struggle for everyone.

When a certain population is not sufficient to create a majority but is growing, the strategy to advance civil rights and economic justice is to build influence districts, create coalitions and build more collective voting power with others to elect better representatives and advance a progressive agenda.

The “us versus them” point of view is short-sighted and unfortunate because it has resulted in diluted voting power for both Latinx and Muslim communities and plays into the hands of self-serving politicians. Spiker aggressively stoked this idea in order to keep his district majority white and conservative for the next 10 years, thereby increasing his chances of staying in office. His divide and conquer tactics are an effort to block progress and the creation of a new multiracial-multiethnic majority population in District 13. This is a shameful loss for the City of Milwaukee.

The redistricting process at the committee level was undemocratic, offensive and suspect. There is a pending request by South Side alderpersons for an independent legal opinion, as all Latinx-proposed maps introduced were blocked from consideration by the full Common Council.

Voces will continue to work towards fair representation for Latinx people, the majority of whom are working class, and build alliances with other oppressed peoples to advance a multiracial, multiethnic workers’ rights struggle that challenges all forms of discrimination. We look forward to working with the Muslim community in the next decennial census count to ensure maximum visibility and voice.