You are here: Home / Home / Carousel / An NNS Valentine’s Day: ‘Our primary vow to each other is no Plan B’
Share this... 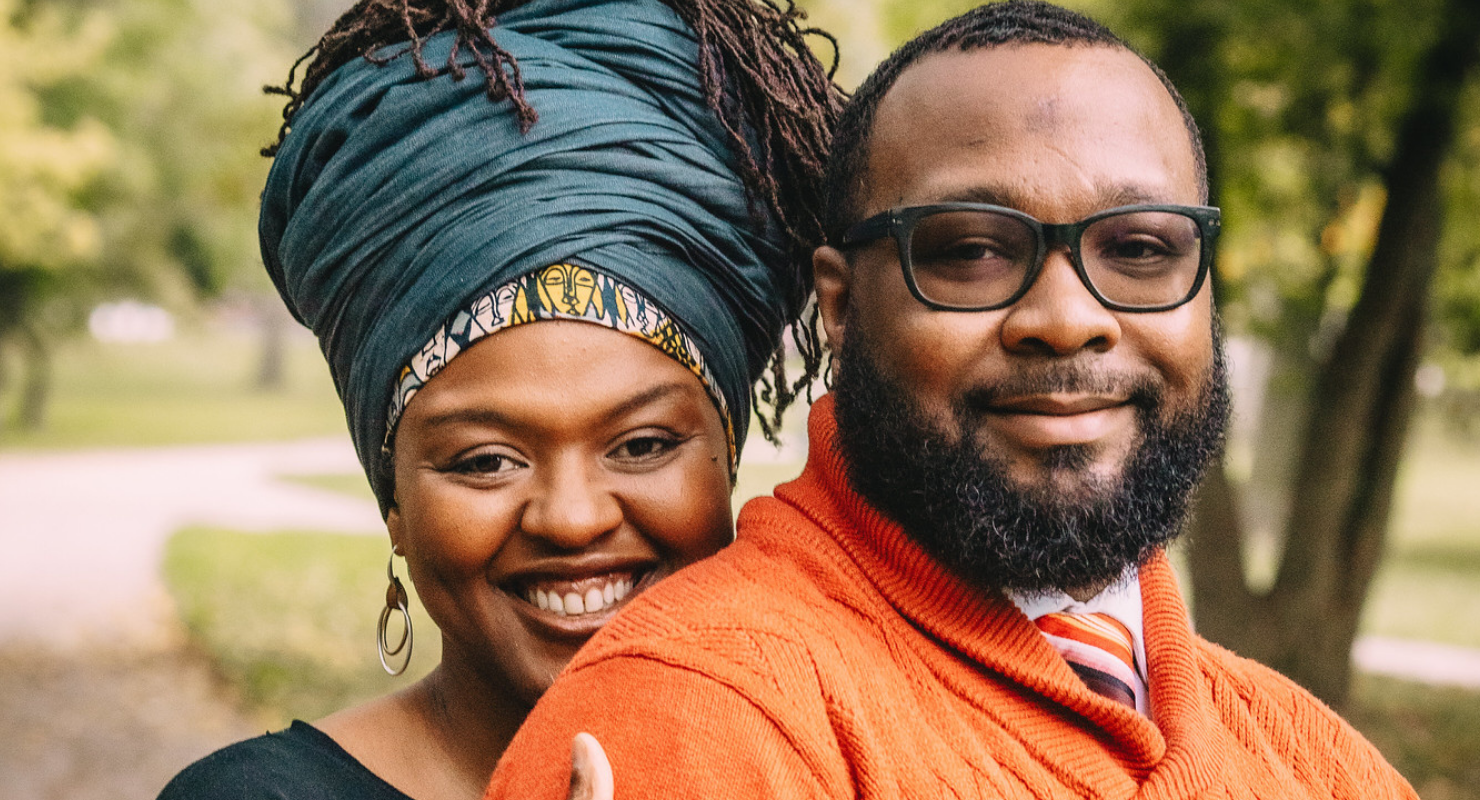 Valentine’s Day is Monday. So we thought we’d check in with two couples and showcase their love.

When it comes to love, Demetria Smith and Tristan Gross don’t have a Plan B. Nor do they want one.

The couple have been married for just over seven years. Smith is the executive director of the Peak Initiative, which trains young leaders, and Gross is the director of Partnerships and Community Engagement for the Sojourner Family Peace Center.

They first met through a mutual friend who had invited Gross to join her and Smith on a trip to the Essex Music Festival. While the trip didn’t happen, a friendship between Gross and Smith did and eventually that led to something more.

The two had hung out on multiple occasions, but one day they went to Rochambo Coffee & Tea House, where they played chess and shared a pot of tea. It was the first time one of their hangouts had romantic leanings.

On top of thinking Gross was cute, Smith enjoyed his willingness to try new things and Gross enjoyed that Smith was up for spontaneous excursions.

During their courtship, the couple spent a lot of time in new spaces together, which gave them opportunities to be authentic and vulnerable with one another. For Gross, who was going through a personal transition, Smith made him feel fully seen.

The interests that connected their friendship – music and food – continue to connect them to this day.

“One of the things that I realized about Demetria very early on, when we were still friends, is that she does not mind listening to the same song on repeat, over and over and over,” Gross said. “And I like to listen more to an album or a playlist.”

He added that Smith has her go-to songs, while he prefers branching out and listening to new music. And while their music tastes diverge in many ways, they both love a good concert.

One of their favorite trips was a road trip to the Cincinnati Music Festival. Aside from the music, they enjoyed some museums, visited the Over-The-Rhine farmers market and had an overall good time.

As far as food is concerned, they lean toward places that offer tapas or small plates so they can try a little bit of everything. Some of their favorite restaurants include Odd Duck and The Ethiopian Cottage.

They love to talk

They also bonded over their ability to have conversations on anything.

“Any particular topic is worthy,” Smith said. “We talk about it and figure out interesting opinions and other questions to ask. It made for cheap dates, because we’d go somewhere and sit and walk and have a conversation for three hours and that was the date.”

Gross noted that one of the qualities he admires most about Smith is her mind.

“I think Demetria’s just brilliant,” he said. “The way her mind works is extremely admirable.”

He added that when he’s thinking about something, he’ll ask for her thoughts and she’ll introduce an alternative perspective or make a connection he didn’t see.

“Her brain power is amazing,” he said.

Their advice to individuals is to be self-aware.

It’s common to externalize difficult feelings and blame others or put the responsibility on others to fix, but that is work individuals need to do on their own, Gross said.

“I don’t think you can be in a healthy relationship without having that level of self-awareness,” he said.

He added, “That second piece is, even when things get difficult, remember that you are on the same team and kind of want the same thing, big picture. You got to take the ego out of it. Ego can’t exist and be in the space in a healthy way.”

Smith added that part of being self-aware includes realizing that a relationship isn’t going to complete you.

“We can complement, and we can enjoy each other, and we can support each other, but we can’t really complete each other,” she said. “If you’re looking for somebody to do that, it’s probably going to go wrong every time. It just puts too high of a bar of what the other person is supposed to do.”

Marriage is hard, Smith said, and it requires energy and commitment.

“Our primary vow to each other is no Plan B,” she said. “That no Plan B vow really helped us turn toward each other in a conflict. I think that’s the most important thing, that there’s no exit plan, so let’s figure it out.”

And although they may be different in some ways and the same in others, the one thing time can’t change is their connection to each other.

“I like that we continue working well together,” Gross said. “And not only in the big really romantic ways, but just practically, we fit. It works.”

More love stories from our archives

An NNS Valentine’s Day: COVID-19 has taught this South Side couple how to weather the storms of life. Together.

An NNS Valentine’s Day: After 30 years, North Side couple are still learning new things about their relationship