You are here: Home / Home / Carousel / An NNS Valentine’s Day: ‘The greatest journey of my life’
Share this... 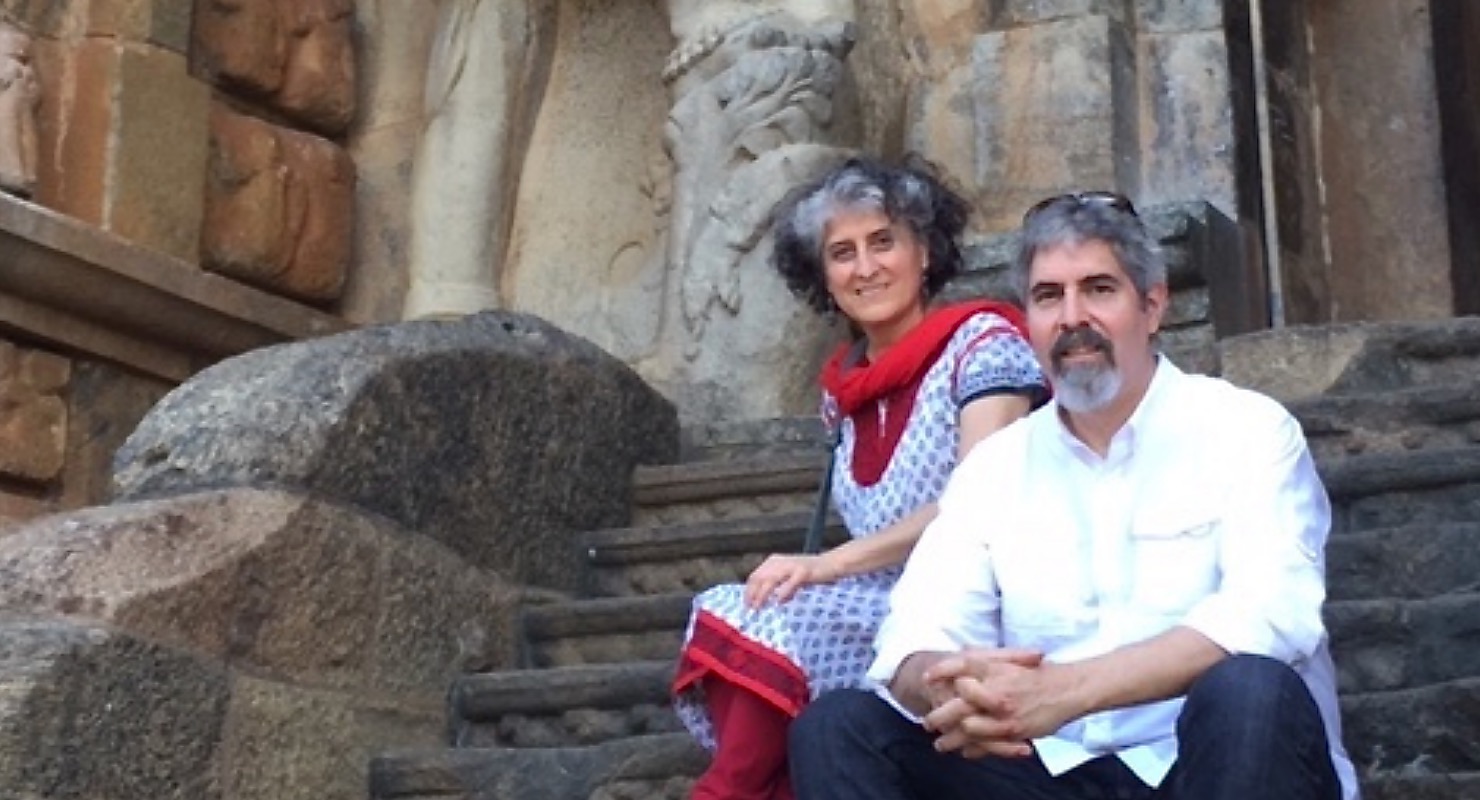 For Dinorah Marquez and Raoul Deal, the secret to a relationship, aside from love and attraction, is the willingness to do the work. (Photo provided Dinorah Marquez)

Valentine’s Day is Monday. So we thought we’d check in with two couples and showcase their love.

For Dinorah Marquez and Raoul Deal, the love and relationship they have together is just one example of life’s many adventures.

Marquez is a musician and the director of the strings program and Mariachi Juvenil as well as a violin and viola instructor for Latino Arts.

Deal is an artist and the coordinator of the community arts program at University of Wisconsin-Milwaukee’s Peck School of the Arts.

The couple first met in 1983 at an event celebrating Harold Washington, who had just been elected mayor of Chicago. Marquez was working as an assistant press secretary and Deal was there as a guest.

Busy with work, Marquez didn’t initially take notice of Deal. But they met again through a mutual friend.

“We had a series of encounters in which, of course, I found him to be extremely handsome and sweet,” Marquez said. “And of course, he was an artist, which is always wonderfully attractive.”

And while there was a tangible chemistry, the couple didn’t get together until 1987 thanks to a mutual friend and a tarot-card reading.

At the time, Marquez was living back in Mexico with the intention of moving to Peru. Before embarking on this venture, she went to see a friend’s mother, a well-known tarot-card reader named Mona.

Mona informed Marquez that she’d be moving north, that she’d encounter a man she already knew and that they would have a baby together. According to the cards, the man was tall with jet-black hair and a Sagittarius.

Marquez brushed aside Mona’s reading but soon found herself in Chicago to celebrate a friend’s recent adoption. Under the guise of seeing Marquez, Deal was lured to the house to help move a piano, and while there, the two once again got to talking.

“We’re in conversation, and all of it sudden, it struck me, that he had the description that Mona had said,” Marquez recalled. 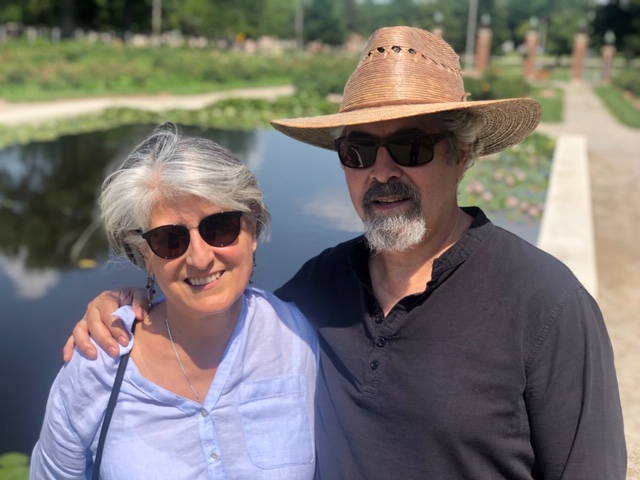 Soon after, the two went on their first date to the Brookfield Zoo, and while it would take years for Marquez to tell Deal about that fateful tarot-card reading, they already knew they were going to be together for the long haul. Even the prediction about the baby came true. The couple have a daughter together.

“I think I heard early on in my life that a couple can only succeed if both people are willing to work hard,” Marquez said. “And I think that we, over the years, have tried to work hard.”

While they don’t necessarily see eye to eye on everything, their willingness to face the hard times together has helped them soldier through. When she’s struggling, Marquez knows that Deal has her back, and Deal knows that Marquez is a fierce advocate for the ones she loves, and that he’s top of the list.

“It’s not always easy, but I’m always the one that says, ‘Let’s grab the bull by the horns’ and just face whatever issues we’re having,” Marquez said. “And I think that’s really helped us grow the love, like Raoul says.”

The couple figured out their differences early on, but they also found their similarities, such as their shared desire that all people be safe, happy, healthy and thriving. Many of the activities that the couple are involved in work to address the impacts of colonization, the process of healing and generational trauma.

“These things are not just values for us, they’re a way of life and a way of understanding how we live in the world,” Marquez said. “Our work, whether it’s through art for Raoul or music for me, revolves around making a difference in these areas.”

A shared love of music

One of the things the couple bonded over was their love of music. Growing up, Deal’s family always enjoyed getting together and playing music. When he met Marquez, he was listening to canto nuevo – a type of protest music that addressed social issues and was popular in South America. It was a sound with which Marquez was familiar.

“We grew together as a couple playing music together,” Deal said, adding that music played a galvanizing aspect in the friendships they made when they moved to Mexico so Deal could earn his master’s degree.

Even now, music continues to be a part of the couple’s lives and they enjoy listening to various genres from folk to traditional to classical.

And like music, food has also played a role in the couple’s lives when it comes to building community. There’s a similar giving when listening to music or breaking bread with loved ones, Deal said. For them, this means including both Italian and Mexican foods during the holidays from tamales to stuffed ravioli.

Their advice to other couples or those looking for love is to do the hard work. That means working for the relationship and working on oneself. Don’t let expectations get in the way, Marquez said.

“To me, expectations are a path to failure, and they’re also sort of a limitation to our personal growth,” she said. “Truly love yourself and work on yourself, because the more we’re doing our own work with whatever’s happening within us, the more likely that we’ll be able to connect genuinely with that other person.”

And for this couple, that work has been worth it.

“I’m just glad I didn’t shy away from all the work that it takes,” Deal said. “Because I know that the road is always rough and rocky, but in my experience, it’s been the greatest journey of my life.”

“It’s a beautiful adventure, like Raoul said, and it never ends,” Marquez added. “Just like in music, we continue to grow and struggle and enjoy and love and change with time.”

More love stories from our archives

An NNS Valentine’s Day: COVID-19 has taught this South Side couple how to weather the storms of life. Together.

An NNS Valentine’s Day: After 30 years, North Side couple are still learning new things about their relationship