You are here: Home / Home / Carousel / Journeys: How one couple balances their marriage and two businesses
Share this... 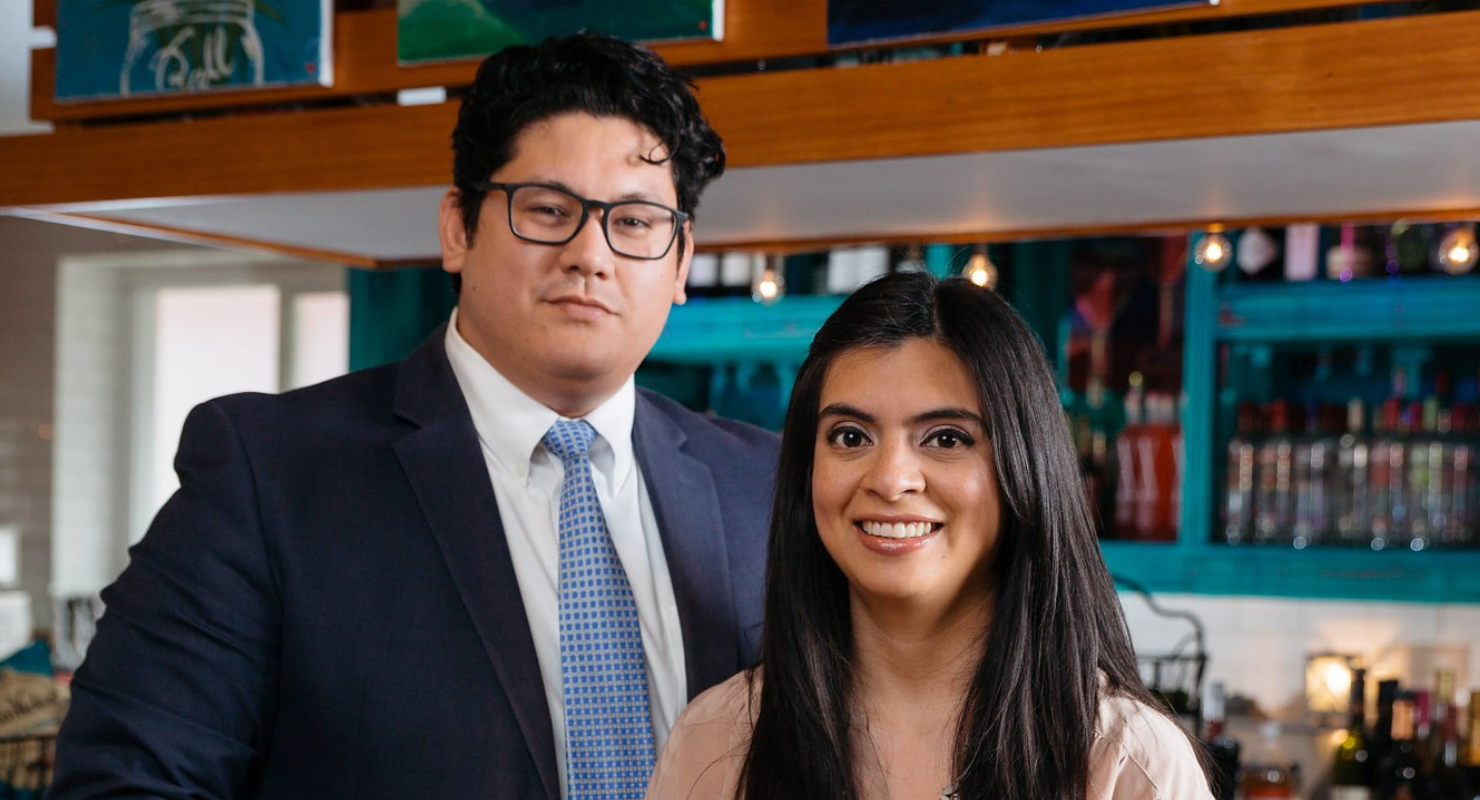 The couple have been operating the Farmhouse Paint Bar & Banquet Hall since 2016. In September of 2020, they launched Chucho’s Red Tacos. Both are located on the couple’s property, 4511 S. 6th St., which also includes their home.

Before opening the Farmhouse, Jesus taught art classes for adults through an artist-in-residence program housed by VIA, formerly known as Layton West Boulevard Neighbors.

The plan was to expand on this idea through a nonprofit. The art classes would be a community development activity, he said, where adults could engage with one another and develop creative thinking.

“Most adults don’t get a chance to indulge in that as much,” he said. “We forget that there’s a lot of value in developing creativity and creative problem-solving and all of the things that come with it.”

While Jesus eventually decided to forgo the nonprofit route, the idea of combining art and the community remained on his mind.

Then, in 2015, Jesus and Thaime bought a foreclosed property that had several vacant buildings, and Jesus saw a marketing opportunity.

At the time, the paint-and-sip model, where an artist guides groups through a painting tutorial while they enjoy beverages, was just becoming popular, he said, and the one place he knew offering it in Milwaukee at the time was constantly booked.

So, he approached Thaime with the idea.

But going from a business model to an actual business didn’t happen overnight. Jesus and Thaime had to renovate everything.

The couple secured financing through various grants. They also used their credit cards and applied for loans from the Milwaukee Economic Development Corporation and the Wisconsin Women’s Business Initiative Corporation and Tri City National Bank.

Since then, the couple has refinanced and now works solely with the development corporation and the bank.

The first development project focused on making one of the buildings a livable space. During that time, Jesus and Thaime lived in the commercial building.

Once the house was complete, they tore down the other building and started from scratch.

“It was a huge life lesson jammed in 12 months,” Jesus said.

Currently, the couple employs from 55 to 60 people.

“We provide more than just employment,” he said. “We talk to everybody. We provide some sort of mentorship opportunity. We make ourselves available for any type of advice. We’ve been around the block when it comes to business and life.”

Jesus added, “We got to bring up leaders, that’s really what it’s all about. You can’t just hold the knowledge to yourself. If you don’t teach them, you don’t pass” on the responsibility.”

Corey Garcia is the manager at Chucho’s Red Tacos. He’s been with the team since September 2020 and was inside the truck alongside Jesus cooking their first batch of birria.

During that time, Garcia and Jesus got to know each other. Through Jesus, Garcia learned the power of gratitude.

“He told me we have it so good, and we should be thankful,” Garcia said.

Jesus is an open and honest leader, Garcia said.

“No matter what ideas or projects he starts, he always has the final vision in his head,” Garcia said. “Having that clarity and vision help give that direction.”

While the business has been a success, it’s not without its challenges. During the summer, its numbers dipped because people don’t want to paint inside. So, they started creating their own festivals such as Frida Fest and Selena Fest to increase attendance. They also added the taco truck.

Jesus knew he had some advantages when it came to adding another business, including a location and a committed network.

“I knew we had an outreach and we’re a trusted brand among people” he said. “Whatever we put out, they’re going to try at least.”

He also knew that people like to eat. Jesus began researching in April and bought the trailer in May. He built the trailer for several months and by September, it was ready to go.

It was a whirlwind, he said, but it paid off.

Owning a business, especially as a couple, requires some yin yang, Jesus said.

“Our marriage comes first,” Thaime said. “Regardless of the business, our marriage is the priority.”

They’re different people, Garcia said, but they have a successful relationship and that’s reflected in the business.

Jesus has been an entrepreneur for most of his life, but Thaime was used to working a corporate job as an accountant. She left because she wanted more say in how her time was spent. The more she got promoted, the less time she had to take advantage of the benefits.

“It has been a transition, but I finally found the groove” she said. “You have to create your own structure and you have to wear multiple hats.”

She continued, “I’ve learned to embrace change more than I did because it’s about survival.”

April Moraza, the general manager of the Farmhouse Paint & Sip and Chucho’s Red Tacos, has been with the team since 2017.

They balance each other out, Moraza said, He’s the visionary and she’s the one who makes it feasible.

“With having both those pieces, it makes everything they do flourish as well as it does,” she said.

Moraza explained that when the COVID-19 pandemic first began, Jesus and Thaime made a point to connect with employees and discuss the next steps.

“It was a really special moment of seeing business owners really stepping up and taking care of their team and not just their business,” Moraza said. “They’re really into making sure they’re developing the team that they have and looking at utilizing the skills that they provide.”

Over the years, Jesus has learned that he doesn’t always have the best ideas and sometimes it’s not about reinventing the wheel but using the business models that already exist.

“Staying on top of trends and paying attention to the world is part of what I bring to the table,” he said.

His biggest piece of advice is to have a business coach. They offer a different perspective, he said. He also advised keeping neighbors in mind by engaging with the alderperson and neighborhood associations.

“You want to be aligned with those people before you start shaking things up,” he said.

The couple also view negative reviews – which are few and far between – as constructive criticism and opportunities to improve the business. Currently, Jesus and his team are looking at ways to decrease the wait time for orders.