You are here: Home / Community Voices / OPINION: Residents are the key to unlocking Milwaukee’s potential
Share this... 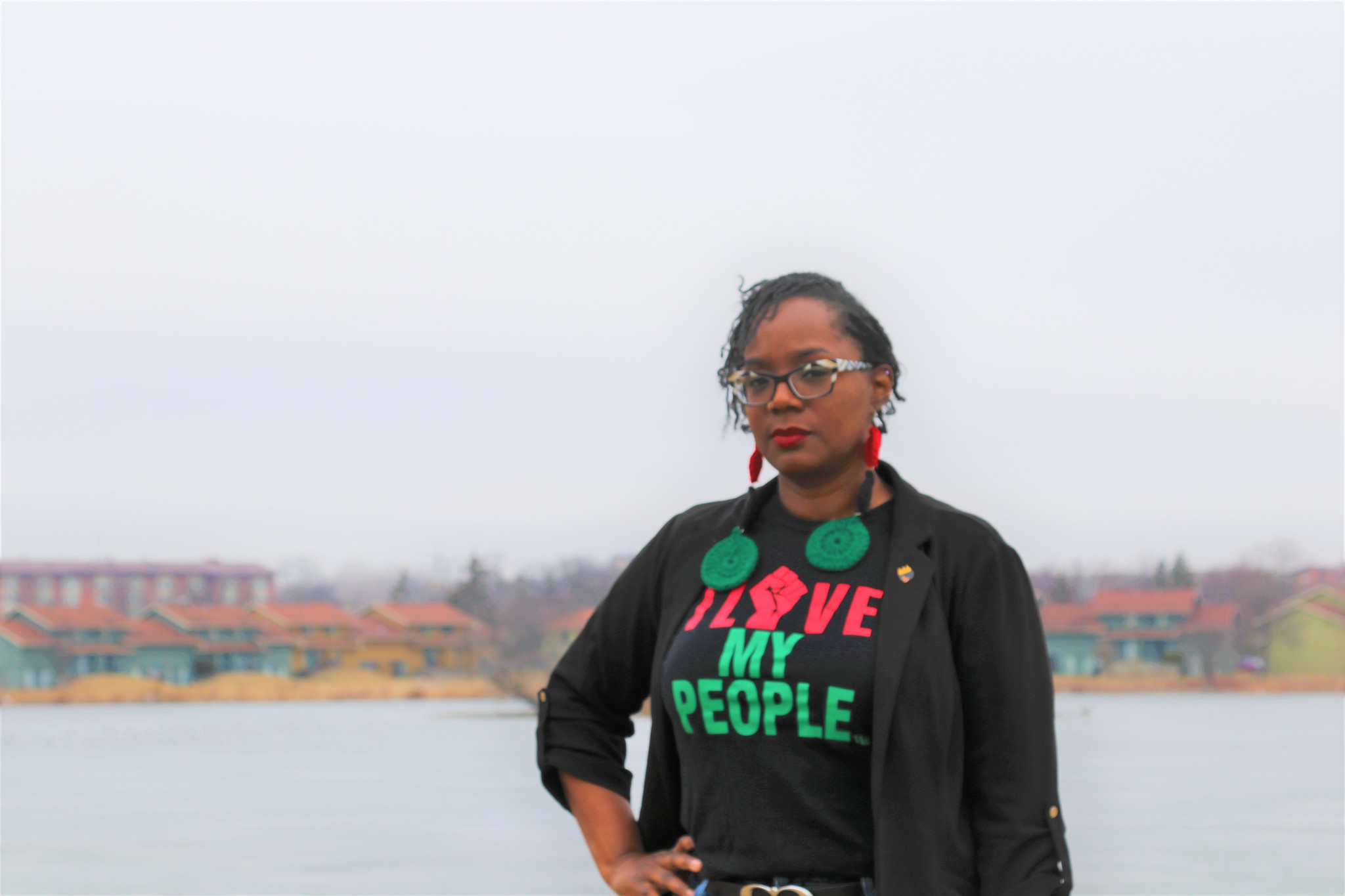 Markasa Tucker-Harris writes: “I would ensure that those who are closest to the many disparities and inequalities in our city have the autonomy to make and lead in decision making.” (Photo by Sam Woods)

Editor’s note: This is the fourth in a series in which readers share what they would do during their first 100 days if they could be mayor.

I am a mother and community organizer, so I would approach the role of mayor of Milwaukee through this lens, knowing that we all hold the power to create the communities we want to see.

My values include faith, transformative self-work, people power, love, sustainability, dignity, authentic relationships, vision and organizing. I would model my values through my behavior, such as how I spend my time in the community and deal with crises. I believe in seeking God first in my decision making, relationships and actions, and would lead with love for people and wisdom to support a great city.

I would ensure that those who are closest to the many disparities and inequalities in our city have the autonomy to make and lead in decision making.

My top three priorities as mayor would be ensuring the safety and well-being of residents, being a responsible steward of the city’s finances and dismantling white supremacy that upholds inequitable systems and processes.

Safety and well-being of residents

I would commit to investing in a public safety infrastructure that is centered on alternatives to policing and for residents having their basic needs met. This includes access to readily available mental health care support and resources; safer streets; quality, affordable health care in neighborhoods; culturally based education; livable, wage-sustaining jobs (including green jobs); affordable, quality housing and increased homeownership for marginalized individuals; free COVID-19 testing; a strategic plan for snow removal and trash collection; urban green spaces; and environmental justice to improve access to healthy, fresh foods, transportation, clean air and water. I would ensure that there were no evictions, foreclosures or utility shut-offs during the pandemic and fund small businesses to preserve Milwaukee’s vibrant, local communities.

Being a good steward of the city’s finances will enable all residents to thrive. Milwaukee has plenty of money that can be used to support the needs of young people, access to jobs, better education, green space/play areas, economic vitality, community engagement, and recreational options/centers and driver’s education. Being better financial stewards also looks like defunding the police by tens of millions of dollars. I would also commit to not using federal, state or county funds for policing, surveillance or carceral institutions that harm many Black and brown communities. Those funds should be used to support marginalized communities in Milwaukee.

According to Dr. Tema Okun, “ . . . white supremacy culture is the water we swim in. We inevitably internalize the messages about what this culture believes, values and considers normal.” As long as white supremacist beliefs and values are embedded in every institution related to our city (upholding systemic oppression), it will continue to operate as if what we’ve been doing is normal, and it isn’t. It’s racist, violent and regressive. The disparities and inequalities we are experiencing globally, nationally and locally can be addressed now in our city. We don’t have to wait on the federal government. White supremacy created this type of culture, and there hasn’t been anyone brave enough to fight the oppressive, persuasive, and debilitating ways our city operates head on within each institution of our city, starting at city hall.

One concrete thing I’d do to boost community safety, better manage city finances and rid Milwaukee of white supremacy on the city level is to invest in and implement participatory budgeting. This one act would put power and resources back into the hands of the residents. According to the Participatory Budgeting Project, “it deepens democracy, builds strong communities, and creates equitable distribution of public resources.”

Participatory budgeting allows residents to develop sustainable projects they, as a group, consider and vote on. Here’s how the process would go. First, a design process is created by a steering committee to create the rules and engagement plan. Next, the residents brainstorm project ideas at meetings and through use of online tools they want considered for a resourced project. Then, volunteers assist with creating proposals for the projects residents pitched. Now residents are ready to vote on which projects they want funded that will most support their communities needs. Lastly, the projects with the most votes get funded by city tax dollars or other city revenue streams. Residents must be in control of when and where they want their tax dollars spent to support their safety and well-being.

The best way to engage residents is by meeting them where they are, whether at their doors or meeting them out in community spaces. It is also critical to fund organizations that are already connected to residents and organizations on the ground to have conversations about how the city can support their ideas and fund projects that support their community-based needs.

Funding and overcoming challenges: Some initial ideas to fund these initiatives include defunding the police and their canine unit that receives $300,000, the mounted patrol unit (which is often used to harass protesters exercising their rights) and fusion center (which, through surveillance, monitors and infringes on the privacy of marginalized communities) that receives more than $3 million and the crossing guard unit that receives just over $1 million. I would use these dollars, including what we’re spending on bloated pensions, to fuel and fund small businesses, grassroot organizations and credible messengers to support civic engagement, violence prevention and safety-based work, and crisis and mental health care support.

I would anticipate pushback from those who want to uphold white supremacy and structural, systematic and institutionalized racism. I know that change is scary, and some people may want the status quo to remain and may not want to make bold steps and investments into our city, our people and a new infrastructure. I also anticipate that patience from residents would be a challenge, so I would ensure that they are a part of all decision making along the way.

This is a process, and it will take some time to overhaul these structural issues.

I would overcome these challenges by developing a strategic plan with the community connections strategy outlined above and imagine with them ways in which we can increase revenue streams and build a strong, sustainable, culturally rich, economic engine of a city where we do “out with the old and in with the new.” I would hire a talented team to help overhaul the city government processes and build with the residents from the ground up, researching what tools, frameworks and ideas we can utilize to create the city we want.

I would look to cities like Minneapolis and St. Paul when it comes to issues like passing progressive policies, rent control and overhauling the police department.

With the right people and policies, we could create a Milwaukee of the future, where all residents are thriving and walking in their power.

Markasa Tucker-Harris is the executive director of the African American Roundtable in Milwaukee.

OPINION: Honesty and transparency are critical priorities for Milwaukee’s next mayor

OPINION: Giving Milwaukee a better name: A Messmer high school senior shares what she would do if she were Milwaukee’s mayor

OPINION: Milwaukee’s next mayor needs to get ambitious and realistic about livable wage jobs and equity